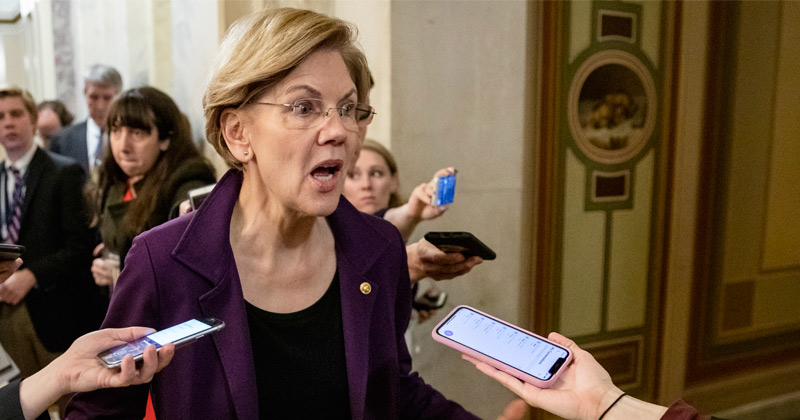 Elizabeth Warren has literally called for the end of the First Amendment by pushing criminal penalties for spreading “disinformation” online which would be arbitrarily defined by the government.

The Democratic presidential candidate says she would hold social media platforms liable for not policing content intended to mislead would-be voters by telling them the wrong voting times and that they could vote via text message, but Warren didn’t stop there; she also wants to criminalize other speech deemed “disinformation.”