Tag: Learning To Improvise May Save Your Life As Store Shelves Are Emptied By ‘Ordinary Americans’ Scared Into Preparing By Coronavirus 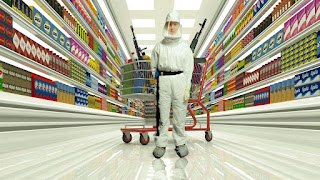 It was never clear why everyday Americans looked at those that believed in prepping for survival as if they were crazy, other than the establishment media’s attempts at every turn to present preppers in that manner. No one calls those that have car insurance, crazy. No, they call them law abiding citizens preparing for a possibility of a car accident. Same with home insurance, health, etc…..

Even ordinary Americans that shop once a week in order to feed their families throughout the next week without running to the store everyday, are in fact, prepping. They are simply doing it in far smaller amounts and to last less time than those prepping for long-term survival.