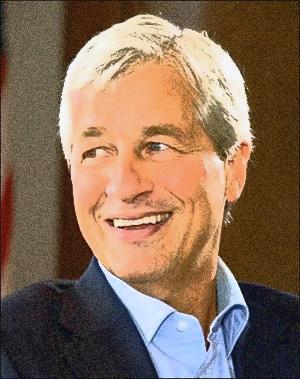 Yesterday afternoon, Jamie Dimon had his world rocked. And not in a good way. Dimon is the Chairman and CEO of the largest bank in the United States, JPMorgan Chase, which has over 5,000 retail branches blanketing the U.S. and has scooped up $1.6 trillion in deposits, much of it from moms and pops who have no idea that the bank is a three-time felon.

When you’re a 3-count felony bank and still on probation until January of 2020, you really don’t want to see your name appear in the New York Times connected to the most radioactive felon in the United States right now, Jeffrey Epstein, the man newly indicted on July 6 on charges of sex trafficking of underage girls and sexually assaulting dozens of them.