Tag: George Papadopoulos Says He Was ‘Set Up’ By Foreign Intel Agents As A Pretext For Russia Probe 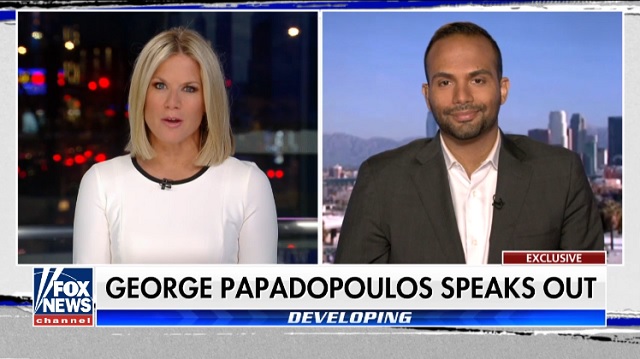 Former Trump campaign aide George Papadopoulos believes he was “set up” by foreign intelligence agents from Britain, Israel and Australia as a pretext for the FBI to launch their Russia witch hunt.

Former Trump campaign aide George Papadopoulos told Martha MacCallum on “The Story” that it increasingly evident he was “set up” through a series of foreign meetings in order to create a pretext for a U.S. probe into alleged Russian collusion.