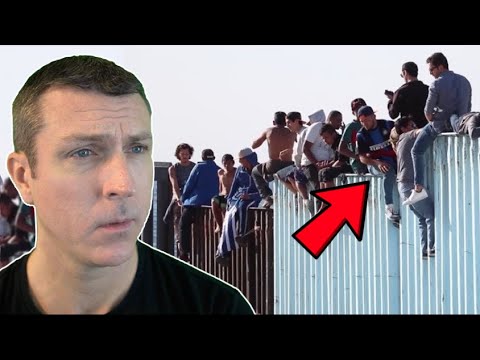 Democrats Reveal Their Plan for the Future of America, And It’s Worse Than You Think 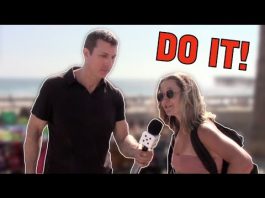 Uh-Oh: Vials Of Mysterious Substance At Wuhan Lab Labeled ‘Save For 2024 Election’ 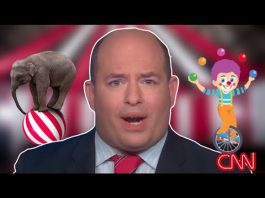 YouTube’s Censorship is Out of Control

‘AND AWARD FOR BIGGEST PEDOPHILE GOES TO…’: SHOCK BILLBOARDS GO UP AROUND OSCARS

‘Name names on stage or shut the hell up!’ another billboard reads

Billboards have been installed in Hollywood shaming hypocrites who covered up for sexual deviants ahead of the 90th Academy Awards.

“We all knew and still no arrests,” one billboard reads.

They Just Couldn’t Help It

The Gift that Keeps on Giving

If America Wasn’t America, the United States Would Be Bombing It

Luttwak’s thesis is relatively straightforward. There is a government out there that may very soon acquire nuclear-weapons capabilities, and this country cannot be trusted to responsibly handle such a stockpile. The responsibility to protect the world from a rogue nation cannot be argued with, and we understandably have a duty to ensure the future of humanity.

However, there is one rogue nation that continues to hold the world ransom with its nuclear weapons supply. It is decimating non-compliant states left, right, and center. This country must be stopped dead in its tracks before anyone turns to the issue of North Korea.

In August of 1945, this rogue nation dropped two atomic bombs on civilian targets, not military targets, completely obliterating between 135,000 and 300,000 Japanese civilians in just these two acts alone. Prior to this event, this country killed even more civilians in the infamous firebombing of Tokyo and other areas of Japan, dropping close to 500,000 cylinders of napalm and petroleum jelly on some of Japan’s most densely populated areas.

Recently, historians have become more open to the possibility that dropping the atomic bombs in Hiroshima and Nagasaki was not actually necessary to end World War II. This has also been confirmed by those who actually took part in it. As the Nation explained:

“Fleet Adm. Chester Nimitz, Commander in Chief of the Pacific Fleet, stated in a public address at the Washington Monument two months after the bombings that ‘the atomic bomb played no decisive part, from a purely military standpoint, in the defeat of Japan…’ Adm. William “Bull” Halsey Jr., Commander of the US Third Fleet, stated publicly in 1946 that ‘the first atomic bomb was an unnecessary experiment…. It was a mistake to ever drop it…. [the scientists] had this toy and they wanted to try it out, so they dropped it…” [emphasis added]

A few months’ prior, this rogue country’s invasion of the Japanese island of Okinawa also claimed at least one quarter of Okinawa’s population. The Okinawan people have been protesting this country’s military presence ever since. The most recent ongoing protest has lasted well over 5,000 days in a row.

This nation’s bloodlust continued well after the end of World War II. Barely half a decade later, this country bombed North Korea into complete oblivion, destroying over 8,700 factories, 5,000 schools, 1,000 hospitals, 600,000 homes, and eventually killing off as much as 20 percent of the country’s population. As the Asia Pacific Journal has noted, the assaulting country dropped so many bombs that they eventually ran out of targets to hit, turning to bomb the irrigation systems, instead:

“By the fall of 1952, there were no effective targets left for US planes to hit. Every significant town, city and industrial area in North Korea had already been bombed. In the spring of 1953, the Air Force targeted irrigation dams on the Yalu River, both to destroy the North Korean rice crop and to pressure the Chinese, who would have to supply more food aid to the North. Five reservoirs were hit, flooding thousands of acres of farmland, inundating whole towns and laying waste to the essential food source for millions of North Koreans.” [emphasis added]

This was just the beginning. Having successfully destroyed the future North Korean state, this country moved on to the rest of East Asia and Indo-China, too. As Rolling Stone’s Matt Taibbi has explained:

“We [this loose cannon of a nation] dumped 20 million gallons of toxic herbicide on Vietnam from the air, just to make the shooting easier without all those trees, an insane plan to win ‘hearts and minds’ that has left about a million still disabled from defects and disease – including about 100,000 children, even decades later, little kids with misshapen heads, webbed hands and fused eyelids writhing on cots, our real American legacy, well out of view, of course.”

This mass murder led to the deaths of between 1.5 million and 3.8 million people, according to the Washington Post. More bombs were dropped on Vietnam than were unleashed during the entire conflict in World War II. While this was going on, this same country was also secretly bombing Laos and Cambodia, too, where there are over 80 million unexploded bombs still killing people to this day.

This country also decided to bomb Yugoslavia, Panama, and Grenada before invading Iraq in the early 1990s. Having successfully bombed Iraqi infrastructure, this country then punished Iraq’s entire civilian population with brutal sanctions. At the time, the U.N. estimated that approximately 1.7 million Iraqis had died as a result, including 500,000 to 600,000 children. Some years later, a prominent medical journal attempted to absolve the cause of this infamous history by refuting the statistics involved despite the fact that, when interviewed during the sanctions-era, Bill Clinton’s secretary of state, Madeleine Albright, intimated that to this rogue government, the deaths of half a million children were “worth it” as the “price” Iraq needed to pay. In other words, whether half a million children died or not was irrelevant to this bloodthirsty nation, which barely blinked while carrying out this murderous policy.

This almighty superpower then invaded Iraq again in 2003 and plunged the entire region into chaos. At the end of May 2017, the Physicians for Social Responsibility (PSR) released a study concluding that the death toll from this violent nation’s 2003 invasion of Iraq had led to over one million deaths and that at least one-third of them were caused directly by the invading force.

Not to mention this country also invaded Afghanistan prior to the invasion of Iraq (even though the militants plaguing Afghanistan were originally trained and financed by this warmongering nation). It then went on to bomb Yemen, Syria, Libya, Pakistan, Somalia, and the Philippines.

Libya famously had one of the highest standards of living in the region. It had state-assisted healthcare, education, transport, and affordable housing. It is now a lawless war-zone rife with extremism where slaves are openly traded like commodities amid the power vacuum created as a direct result of the 2011 invasion.

It Gets Even Better!

EXCLUSIVE: Adam Schiff sent his staff to try and collect ‘classified materials for the FBI’ after Russian pranksters told him Putin has NAKED blackmail pictures of Trump

The ranking Democrat on the House Intelligence Committee was the victim of a prank phone call by Russian comedians who offered to give him ‘compromising’ dirt on Donald Trump – including nude photos of the president and a Russian reality show star.

DailyMail.com can disclose that after the prank, his staff engaged in correspondence with what they thought was a Ukrainian politician to try to obtain the ‘classified’ material promised on the call.

On an audio recording of the prank call posted online, Adam Schiff can be heard discussing the committee’s Russia investigation and increasingly bizarre allegations about Trump with a man who claimed to be Andriy Parubiy, the chairman of the Ukrainian Parliament.

The call, made a year ago, was actually from two Russian comedians nicknamed ‘Vovan’ and ‘Lexus’ who have become notorious for their phony calls to high-ranking American officials and celebrities, including UN Ambassador Nikki Haley and Elton John.

Its existence was first reported by The Atlantic but not how a staff member working for the minority on the House Intelligence Committee pursued the information after the call.

Schiff’s office said the congressman suspected the call was ‘bogus’ from the beginning and reported it to authorities afterward.

But in a recording of the eight minute conversation, Schiff appeared to take the call seriously – or at least played along convincingly – and emails from the Democrat’s staff to the fake politician afterwards said he had found it ‘productive’.

Anonymous Street artists moved out to highways once again to ring in the new year by posting messages to the “Welcome to California” highway signs.

The signs were put up north of Lake Havasu, Arizona, Primm, Nevada and on Highway 95 in California and read

NOTE: It is unclear who originated this action.

Here are a few more pictures of the highway signs:

Will This Insanity Continue in 2018?