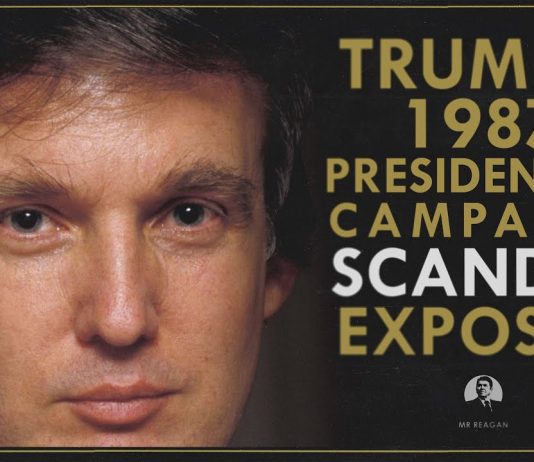 Gallup: Americans Tend to Trust Only News That Confirms Their Beliefs; Highly Educated Americans Are by Far the Most Closed-Minded Group

Are you THRIVING or SURVIVING? Science reveals your mindset is key

A new study revealed that the key to thriving, rather than just surviving, could be as simple as feeling good about life and yourself, and being good at something, according to a report by the Science Daily.

Daniel Brown, a sport and exercise scientist at the University of Portsmouth, studied all the research on what makes people thrive, from studies of babies and teenagers, to studies of artists, athletes, employees, and the elderly. He found a common denominator.

“Thriving is a word most people would be glad to hear themselves described as, but which science hasn’t really managed to consistently classify and describe until now,” he said.

Brown added that it appeared to come down to an individual experiencing a sense of development, of getting better at something, and succeeding at mastering something.

“In the simplest terms, what underpins it is feeling good about life and yourself and being good at something,” he said.

The study established that though thriving is similar to resilience, prospering, or growth, it stands alone.

“Since the end of the 20th century, there has been a quest in science to better understand human fulfillment and thriving, there’s been a shift towards wanting to understand how humans can function as highly as possible,” Brown elaborated.

Thriving had been examined at different stages of human life and had been described as vitality, learning, mental toughness, focus, or combinations of these and other qualities. In addition, it had been examined in different situations, including in the military, in health, and in child development.

He said that part of the reason for a lack of consensus is that the research so far has been narrowly focused.

“Some have studied what makes babies thrive, others have examined what makes some employees thrive and others not, and so on. By setting out a clear definition, I hope this helps set a course for future research,” Brown said.

The study, published in European Psychologist, included six recommendations for future research, such as the need for close examination of what enables thriving, and whether thriving has any lasting or cumulative effect on individuals.

In another study reported by the Science Daily, it was discovered that listening to happy music may help generate more innovative solutions than listening to silence.

Although many studies had discovered what promotes creative cognition and had proven the benefits of music to cognition, there is not much research on how listening to music affects creative cognition specifically. (Related: Music Shown to Facilitate the Development of Neurons in the Brain.)

The authors examined the effect of music on creative cognition on 155 participants who completed questionnaires and were split into experimental groups. Each group listened to one of four different types of music that were categorized as calm, happy, sad, or anxious, depending on their emotional valence and arousal. On the other hand, one controlled group listened to silence.

After the music played, the participants did various cognitive tasks that tested their divergent and convergent creative thinking.

The study, published in PLOS ONE, found that listening to happy music facilitated more divergent creative thinking compared to silence. Happy music was described as classical music that is positive valence and high in arousal.

The researchers suggested that the variables involved in the happy music condition may enhance flexibility in thinking and future research could explore how different ambient sounds might affect creativity and include participants of different cultures, ages, and levels of music experience.

Trump WILL pull out of the Paris climate change agreement, says the White House as it denies claim that he is considering staying in

By James Wilkinson For Dailymail.com

Donald Trump is still planning to pull out of the Paris climate change agreement unless the UN can offer ‘better terms,’ despite claims to the contrary, the White House has said.

Two members of a recent international meeting said that a White House representative had said the US would maintain the accord, The Wall Street Journal  reported earlier on Saturday.

But the White House says that’s nonsense – and that Trump is still planning his climate exit unless he gets the changes he wants.

An Economic Lesson for China and Russia

Is there anyone in Trump’s government who is not an imbecile?

After years of endless military threats against Russia—remember CIA deputy director Mike Morell saying on TV (Charlie Rose show) that the US should start killing Russians to give them a message, and Army Chief of Staff Mark Milley threatening “We’ll beat you harder than you have ever been beaten before”—now the US Treasury Secretary Steven Mnuchin threatens China. If China doesn’t abide by Washington’s new sanctions on North Korea, Mnuchin said the US “will put additional sanctions on them [China] and prevent them from accessing the US and international dollar system.”
https://www.rt.com/usa/403118-usa-china-sanctions-north-korea/

Here is the broke US government $20 trillion in public debt, having to print money with which to buy its own bonds, threatening the second largest economy in the world, an economy on purchasing power parity terms that is larger than the US economy.

Take a moment to think about Mnuchin’s threat to China. How many US firms are located in China? It is not only Apple and Nike. Would sanctions on China mean that the US firms could not sell their Chinese made products in the US or anywhere outside China? Do you think the global US corporations would stand for this?

What if China responded by nationalizing all US factories and all Western owned banks in China and Hong Kong?

Mnuchin is like the imbecile Nikki Haley. He doesn’t know who he is threatening.

Consider Mnuchin’s threat to exclude China from the international dollar system. Nothing could do more harm to the US and more good to China. A huge amount of economic transactions would simply exit the dollar system, reducing its scope and importance. Most importantly, it would finally dawn on the Chinese and Russian governments that being a part of the dollar system is a massive liability with no benefits. Russia and China should years ago have created their own system. Being part of Washington’s system simply lets Washington make threats and impose sanctions.

The reason Russia and China are blind to this is that they foolishly sent students to the US to study economics. These students returned completely brainwashed with neoliberal economics, “junk economics” in Michael Hudson’s term. This American economics makes Russian and Chinese economists de facto American stooges. They support policies that serve Washington instead of their own countries.

Over the last few weeks, the Catalan independence movement has provoked escalating and severe reactions from Spanish authorities. Reuters reports that The Constitutional Court has suspended the referendum after a legal challenge by Prime Minister Mariano Rajoy and that police have since searched newspaper offices and printers for signs of any preparation for the referendum, even going so far as to scour the area for ballot boxes in an attempt to quell the upcoming vote.

Assange and Wikileaks have both commented numerous times over the last few days on massive public support for the Catalan independence movement, as well as blatant attempts by the Spanish government to suppress a successful vote in favor of independence. The effects of the independence movement on Spain’s membership in the EU remains to be seen. At the time of publication, EU member states appear remarkably quiet on the matter. That a member of the European Union could brazenly restrict the operation of free press and treat its citizens in such an authoritarian manner without consequence is deeply troubling.

The BBC reported that Spain’s public prosecutor had summoned more than 700 Catalan mayors to appear for questioning over their support for a banned independence referendum. Despite these increasing attempts to suppress the vote, one million protestors recently took to the streets of Barcelona in support of Catalan independence.

Meanwhile, Wikileaks founder Julian Assange has repeatedly expressed his stance on the Catalonian independence via Twitter, questioning the Spanish government for its suppression of the media and its attempts to prevent the referendum taking place.

The Catalan independence movement is not only significant domestically for Spain, but also for implications it may have on the European Union. It was compared by a University of Geneva study to the Scottish independence referendum.

Wikileaks Tweeted that the Spanish state had claimed it would overpower Catalonia’s government by seizing control of its finances in attempt to stop vote. Further, Wikileaks remarked that the Spanish Ministry of the Interior had bragged about military police having seized “how to vote” posters. The latest escalations in Spain’s suppression of the independence movement come as the University of Geneva published a study on “Catalonia’s legitimate right to decide.” The summary of the document states in part that:

“These efforts build upon Catalonia’s previous attempts to consolidate representative governance for Catalan citizens within and conjointly with the Spanish democratic state. Four internationally recognized experts were invited by the Government of Catalonia to examine the controversy generated by the call for a self-determination referendum. This has been convened in the face of the opposition of the Spanish authorities which contest its legality, unlike the recent examples of the trend towards the recognition of self-determination, of which the most salient is that of Scotland’s referendum on independence…”

Max interviews James Howard Kunstler of Kunstler.com about the hot mess of US climate change policy and infrastructure spend.

A New Monetary Horizon In View, an Interview with Jim Willie

Last Ditch Effort, The Cabal Pushes The Event Of Events

The Ugly Truth About DACA

Catching Up With Ned Naylor-Leyland

On Wednesday, we had a chance to get caught up with our old pal, Ned Naylor-Leyland of Old Mutual Investors in London. Ned’s job as fund manager puts him in front of institutional investors worldwide so it’s always extraordinarily valuable to hear from him directly.

Over the course of this 40-minute call, Ned and I discuss a variety of topics, including:

It was great fun to connect again with Ned as we’ve both been quite busy lately. I think you’ll find this call to be very informative and well worth the wait. We promise to speak again soon on these subjects.

p.s. My apologies for the audio quality as Ned and I were plagued by some Skype issues through the call.