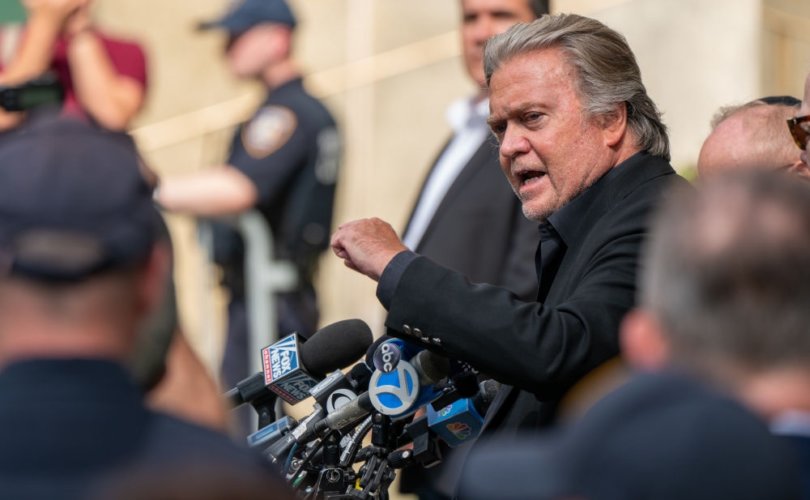 Dozens of Donald Trump allies had their homes raided by the Biden administration’s FBI yesterday, according to former senior Trump adviser Steve Bannon. The allegation comes amid increasingly aggressive rhetoric from Biden framing “MAGA Republicans” as “threats” to the “foundations” of the country.

Noting that the raids have not been reported in major outlets, Kirk asked Bannon to repeat the allegation. Bannon stated that he was “breaking the news right here” that the raids had in fact taken place.

“Thirty-five members of MAGA, the Republican Party, people close to Donald Trump, were rolled in on yesterday by the FBI,” he said, arguing that while normally the FBI would serve subpoenas to individuals’ lawyers, they chose not to do so in this case.

“All these people have lawyers, they all know who the lawyers are, [the FBI] didn’t serve these subpoenas to the lawyers,” he said. “They wanted to make a big display of it, they wanted to take a bunch of their devices. This is the FBI trying to roll in and trying to be muscle.”

“This is a Gestapo tactic,” Bannon said. “This is all about intimidation.”

The FBI did not immediately respond to LifeSite’s request for comment.

In a Friday tweet responding to Bannon’s bombshell allegation, Liberty Center founder Harmeet Dhillon stated that “this happened to many Trump allies I know as well.”