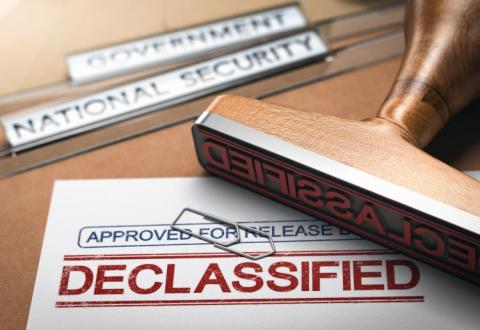 “Follow the money.” This is a common watchword among those distrustful of the state. If you want to know what politicians or state institutions are really up to, the common wisdom goes, you have to stop listening to what statists do and say, and start paying attention to who is paying them to do and say it.

Following the money is an excellent practice. It reveals volumes about what government is really up to behind the scenes. Investigative journalists like Peter Schweizer, Tom Fitton, and John Solomon and Seamus Bruner have followed the money to show that many American politicians and government institutions work for cash and will do the bidding of whoever has the most cash to dispense. Following the money is revealing in the extreme.

But there are limits to following the money. For one thing, “the money” often circles back around and lands in voters’ pockets. Take the Biden administration’s announcement in August of this year that it would be holding a jubilee for those who took out student loans. Or take any other standard pork-barrel project stuck into any standard piece of congressional legislation or budget. Voters hate corruption, unless they are benefitting from it.

So, however much one follows the money, one never reaches one of the two beating hearts of state power. One just keeps following the money, around and around, without arriving at the other dynamo of statist corruption.

The present moment is a pristine opportunity for libertarians to shift focus to the other heart of the state: information. The federal government, and the “law enforcement” agencies, which exist solely to allow the federal government to break the law with impunity, are revealed now as dependent upon information at least as much as money.

The FBI raid on Donald Trump’s private residence in Florida in early August was not in pursuit of cash, but paperwork. President Trump had the power to declassify that paperwork, which he claims he did by standing order. But as journalist Lee Smith notes, sources inside the bureau are saying that the real reason the FBI wanted the documents is not that they are classified, but that they reveal secrets about the FBI’s “Operation Crossfire Hurricane” coup against Trump.

Stealing money is standard operating procedure in Washington, DC. The FBI doesn’t raid houses when politicians go about their routine business of stealing money from citizens via taxes, and then stealing it again via bribes and kickback deals and other schemes. The FBI does raid houses when someone has information compromising to the FBI. It’s the information, not the money, that is revealed here to be the real lifeblood of the freedom-killing state.

It’s therefore perfectly clear what the next president must do on day one in office: declassify everything. Declassify every federal document without exception, and open the archives of every agency and government office to the American people. Declassifying information will end the state’s monopoly over it. It will, effectively, end the state. This is the point. The next president must be prepared to be the last president.

The pass at which we find ourselves is that a choice must be made between human liberty and statist tyranny. One or the other must fall, and I am for the latter’s falling. The only peaceful way to end the state is to declassify every secret from which the state derives sustenance and the ability to terrorize the populace into submission.

“But declassifying everything will jeopardize government operations abroad!” the state-defenders will cry. Yes, one hopes so. “Military missions will be compromised!” Yes, one hopes for that, too. The CIA, the military, the FBI—these organizations simply enable the state to tyrannize the American people. “But it will only help [China/Russia/Iran/some other foreign power]!” The last I checked, it was Washington that was stealing from me and sending its Gestapo to terrorize my fellow Americans, so I’m not particularly worried about Tehran or Beijing or Moscow right now.