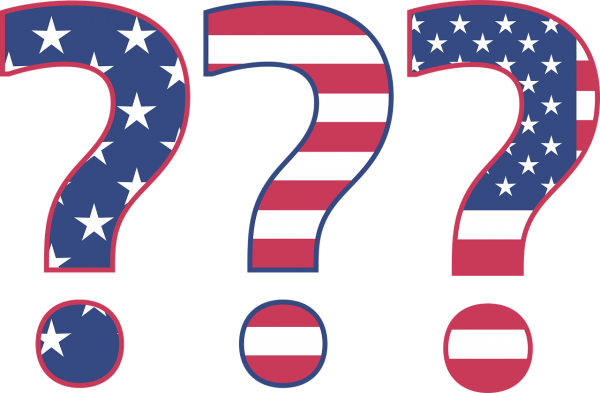 Just when it seems like we can’t possibly go any lower, we always manage to top ourselves.  In the old days, every once in a while I would come across a story that would make me shake my head in disbelief because it was just so absurd.  Now it is happening on a daily basis.  In this article I am going to share some examples with you.  I realize that some of these things are difficult to believe, but all of them are true.  Our country really is coming apart at the seams right in front of our eyes, and the pace of our national decline only seems to be accelerating.  If we are not able to turn our cultural decay around, eventually we will not have a country at all.

Let me start with a new law which will go into effect in Illinois on January 1st.

From that point forward, those guilty of second-degree murder, kidnapping, burglary and arson will always be released without having to post any bail at all…

When a new Illinois law takes effect next year, it will do away with the cash bail system in the state, meaning suspects charged with felonies, including second-degree murder, aggravated battery, and arson, will be released without bail.

When the law takes effect on Jan. 1, 2023, criminals charged with the crimes mentioned above will be released without bail.

How many hardened criminals do you think will actually show up for their trials?

I am sure that there will be a few.

Of course many of our “woke judges” are doing their very best to make sure that many violent criminals never pay the price for their crimes even if they do stand trial.

In California, a judge recently granted a mistrial to one defendant just because he didn’t get a good night of sleep the night before…

A California judge, who hails from a powerful Democrat family who endorsed LA DA George Gascon, granted a mistrial for a man facing life in prison because he was sleepy.

The alleged criminal apparently did not get a good night’s rest before the trial after spending the night in a cell without a bed or blanket.

Vamazae Elgin Banks, 24, appeared in court after threatening a McDonald’s worker with a gun before stealing less than $100.

Court records accused Banks of telling the cashier at the fast food joint that he would kill her if she didn’t produce the cash quickly enough, allegedly telling her ‘hurry up or I’ll blow your brains out!’

Our system of justice is systematically being destroyed.

But many Americans simply don’t care because they are drugged out of their minds.

When I saw the following story, I thought that it perfectly summed up where we are as a nation today…

Summer Butler, 37, faces charges of DUI resulting in death, reckless driving and being in possession of a controlled substance in connection with the fatal crash in January, court documents obtained by the 8 News Now I-Team said.

At this point, it seems like almost everyone is an addict, and that includes many of our government officials.  Here is just one example…

A Louisiana state official was arrested for allegedly buying drugs from a drug dealer outside of a fast food chain on Tuesday.

Bridgette Hull, 37, serves as the executive secretary for the Louisiana State Board of Private Security Examiners. She was purchasing drugs from dealer Steven McCarthy, who was under surveillance, when a Louisiana Attorney General Office employee recognized him at a Livingston Parish restaurant.

Hull was arrested onsite, but McCarthy fled the scene after back up was called – resulting in a pursuit. He later crashed into another car and was arrested.

If we would secure our borders, we could at least reduce the flow of illegal drugs into this country.

But the Biden administration refuses to do that.

San Diego and Imperial County comprise the epicenter of fentanyl drug trafficking in the United States, according to the Department of Justice (DOJ), which reported that seizures of fentanyl in San Diego were up 323% in FY2019-FY2021 and that fentanyl overdose deaths increased 2,375% in San Diego County between 2016 and 2021.

“A decade ago, we didn’t even know about fentanyl, and now it’s a national crisis,” said U.S. Attorney for the Southern District of California Randy Grossman. “The amount of fentanyl we are seizing at the border is staggering. The number of fentanyl seizures and fentanyl-related deaths in our district are unprecedented.”

If you are waiting for our national leaders to fix our growing problems, you are going to be waiting for a really, really long time.

Every major decision they make seems to make things even worse, and the Biden administration keeps appointing extremely alarming individuals to top positions of power.