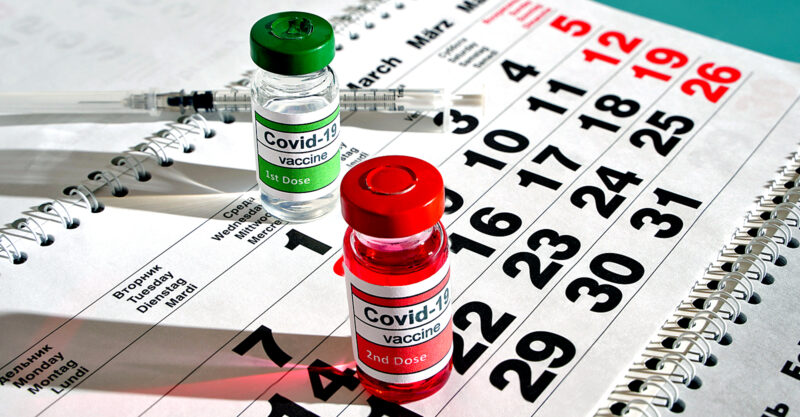 Statistics show the rate of COVID-19-associated hospitalization among children aged 5 to 11 is 0.0008%. In real-world terms, that’s so close to zero you basically cannot lower it any further.

Yet, despite such reassuring data, children in this age group are urged to get two to three doses of the COVID jab, even though side effects of the injection could harm them for life, or kill them.

As noted by the Vaccine Safety Research Foundation in the video below, myocarditis — one of the recognized effects of the COVID jab — “has a mortality rate of 25% to 56% within three to 10 years, owing to progressive heart failure and sudden cardiac death.”

Sudden cardiac death is what the media and public health agencies are now glibly referring to as “sudden adult death syndrome” or SADS.

The older and more appropriate description for SADS is “sudden arrhythmic death syndrome,” but they don’t even want to use the word “arrhythmic” anymore, as that tells you what the death is really caused by, and many are now aware that the jab can cause heart inflammation.

By avoiding the word “arrhythmic,” it’s easier for them to pretend as though people are dying for no apparent reason, and certainly not because of the COVID shots. Still, real-world facts tell us that SADS didn’t take off until after the shots were rolled out, and the vast majority of young healthy people who suddenly die for no apparent reason have been jabbed.

Also, understand that if your child or you are injured by the shot, you cannot sue the drug company for damages and, so far, the U.S. government has rejected all but one of the claims filed with the Countermeasures Injury Compensation Program.

At the current pace of about 18 claims a month, it would take 38 years just to get through the current backlog, Reuters has noted. Basically, many may die before their case even gets through review.

As if the situation were not bad enough already, on June 15, the FDA’s vaccine advisory panel — the VRBPAC — unanimously approved (21-0) to grant EUA to both Pfizer’s and Moderna’s COVID shots for infants and young children.

In the video at the top of the page, Steve Kirsch, president of the Vaccine Safety Research Foundation, interviews reporter Toby Rogers, who endured the entire nine-hour day of the recent VRBPAC meeting.

The day before that meeting, June 14, Rogers published a written summary of Pfizer’s trial on young children, which he referred to as “an embarrassment.” “Any VRBPAC member who votes Aye on this junk science application should be removed from his/her job,” he wrote. Apparently, they all need to go.

In the interview, Rogers laments the fact that the VRBPAC members remain “locked in their information bubble” and won’t allow any conflicting data to influence their preconceived biases.

As noted by Rogers, they have a sacred duty to protect public health, and they’re being flippant about it.