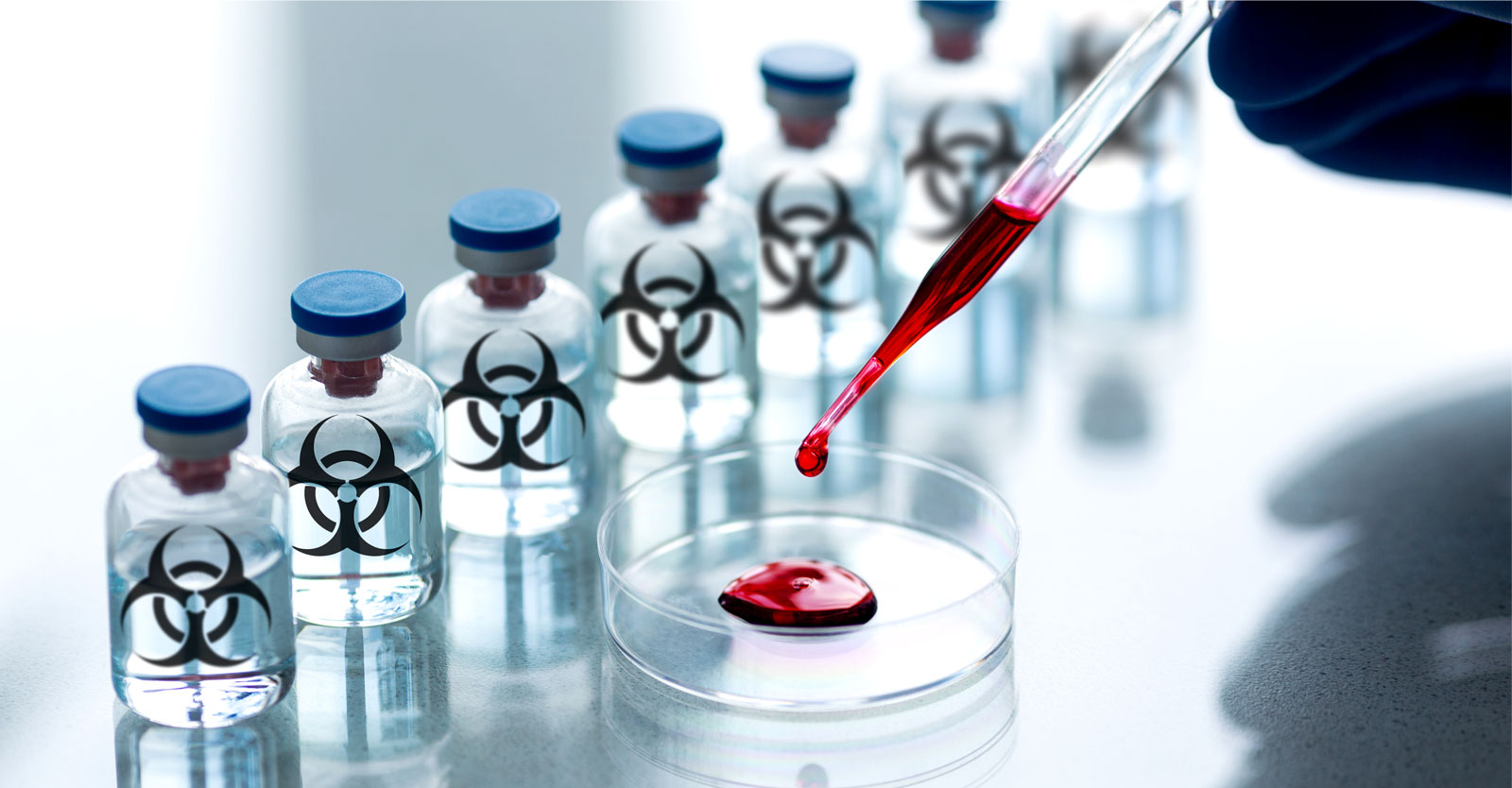 As evidence of a potential bioweapons cover-up has started emerging, a company called Metabiota is gaining prominence.

The links between Metabiota and several key players in the COVID pandemic and/or the Ukraine labs story are manifold, so there’s no really simple way to unravel it in a logical sequence. That said, let’s start with what Metabiota does and the connections of its founder, and expand from there.

Metabiota’s mission is to make the world more resilient to epidemics by providing “data, analytics, advice and training to prepare for global health threats and mitigate their impacts.”

Through data analysis, they help “decision makers across government and industry” to estimate and mitigate pandemic risks. But they also claim to support “sustainable development,” which seems to have little to do with pandemic risk management.

That term, “sustainable development,” is one promoted by Klaus Schwab, founder of the World Economic Forum (WEF). It’s part and parcel of Schwab’s plan for a global Great Reset and transhumanist revolution (aka, the Fourth Industrial Revolution).

It’s not surprising, then, to find out that the founder of Metabiota, Nathan Wolfe, not only has close ties to the WEF, but is also a rising star there. He’s a WEF Young Global Leader graduate and was awarded the WEF’s Technology Pioneer award in 2021.

Metabiota and the search for pandemic viruses

Contractors funded through this program have included the EcoHealth Alliance, headed by Peter Daszak. The PREDICT program, directed by Dennis Carroll, appears to have served as a proof of concept for the Global Virome Project that Carroll founded.

According to a recent investigation by U.S. Right to Know (USRTK), Carroll appears to have diverted government funds from the PREDICT program while he was still running it, to fund this personal side project, which was set up with the intention to collect, identify and catalogue 1 million viruses from wildlife in an effort to predict which ones might cause a human epidemic.

Metabiota receives funding from several interconnected organizations and agencies, including:

Wolfe has also received more than $20 million in research grants from Google, the NIH and the Bill & Melinda Gates Foundation, just to name a few, and was a friend of now-deceased Jeffrey Epstein.

In his 2012 book, “The Viral Storm,” Wolfe thanked friends for their support, including Epstein and Boris Nikolic. Nikolic, a biotech venture capitalist, was named “back-up executor” in Epstein’s will.

Epstein, who besides being a convicted pedophile and accused child sex trafficker, had a robust interest in eugenics. It’s now well-known that he dreamed of creating a “superhuman” race of his own by impregnating dozens of women at a time at his New Mexico ranch.

Epstein also managed to secure meetings with Bill Gates, whose family history is also marked by an interest in eugenics and population control.

In addition to having close ties to the WEF and its Great Reset agenda, Wolfe, the founder of Metabiota, has also served on the EcoHealth Alliance’s editorial board since 2004. In 2017, he even co-wrote a study on coronaviruses in bats together with EcoHealth Alliance president, Peter Daszak.

As you may recall, EcoHealth Alliance, a nonprofit organization focused on pandemic prevention, worked closely with the Wuhan Institute of Virology (WIV) in China, where SARS-CoV-2 is suspected of having originated.

Daszak — who received funding for coronavirus research from the National Institute of Allergy and Infectious Diseases (NIAID), led by Dr. Anthony Fauci, and the U.S. State Department — subcontracted some of that work to Shi Zheng-li at the WIV. He was also the coauthor on research projects at the WIV.

Once rumors of SARS-CoV-2 being man-made first began, Daszak played a central role in the plot to obscure the lab origin by crafting a scientific statement condemning such inquiries as “conspiracy theory.” This manufactured “consensus” was then relied on by the media to counter anyone presenting theories and evidence to the contrary.

This, despite the fact that he, in 2015, warned that a global pandemic might occur from a laboratory incident — and that “the risks were greater with the sort of virus manipulation research being carried out in Wuhan!”

In 2021, two investigations into the origins of the COVID pandemic were opened, one by the World Health Organization and another by The Lancet, and Daszak somehow managed to end up on both of these committees, despite having openly and repeatedly dismissed the possibility of the pandemic being the result of a lab leak.

Editor’s note: The WHO reference has been scrubbed from both the agency’s website and internet archives, but several news stories like this one from NPR, published after the investigation was launched, are still live and accessible.

Interestingly, one of EcoHealth Alliance’s policy advisers is a former Fort Detrick commander named David Franz. Fort Detrick is the principal U.S. government-run “biodefense” facility, although Franz himself has publicly admitted that “in biology … everything is dual use — the people, the facilities and the equipment.”

Metabiota and the DTRA

In late May 2016, Metabiota hired Andrew C. Weber, a member of the Council on Foreign Relations, to head up its Global Partnerships. Between 2009 and 2014, Weber served as assistant secretary of defense for Nuclear, Chemical and Biological Defense under then-president Obama.

Weber is credited with creating the Defense Threat Reduction Agency (DTRA) — a combat support agency within the U.S. DoD, specializing in countering weapons of mass destruction, including biological weapons — and as mentioned earlier, the DTRA has reportedly funded Metabiota to operate U.S.-funded biological research labs in Ukraine.

The DTRA has also issued a number of grants to the EcoHealth Alliance, totaling at least $37.5 million, including a 2017 grant for $6.5 million to “understand the risk of bat-borne zoonotic disease emergence in Western Asia.”

According to a December 2020 report by The Defender, EcoHealth Alliance had tried to hide most of the Pentagon funding that it had received between 2013 and 2020, most of which came from the DTRA.

In 2016, CBS News published a scathing critique of Metabiota’s response to the 2014 Ebola epidemic in West Africa. Metabiota had been hired by the WHO and the local government of Sierra Leone to monitor the spread of the epidemic, but according to an investigation by The Associated Press, “some of the company’s actions made an already chaotic situation worse.”

In a July 17, 2014, email obtained by AP, Dr. Eric Bertherat, medical officer at the WHO’s Department of Epidemic and Pandemic Alert and Response, complained about misdiagnoses and “total confusion” at the small laboratory Metabiota shared with Tulane University in Kenema, Sierra Leone.

According to Bertherat, there was “no tracking of the samples” and “absolutely no control on what is being done.” “This is a situation that WHO can no longer endorse,” he wrote. Similarly, Sylvia Blyden, special executive assistant to the president of Sierra Leone, told AP Metabiota’s response was a disaster:

“’They messed up the entire region,’ she said. She called Metabiota’s attempt to claim credit for its Ebola work ‘an insult for the memories of thousands of Africans who have died.’”

U.S. health official Austin Demby, who evaluated Metabiota’s and Tulane’s lab work at the request of the U.S. Centers for Disease Control and Prevention and the government of Sierra Leone, was also critical.

In one email, Demby noted used needles were left out and there was no ultraviolet light for decontamination. The space was also too small to safely process blood samples. “The cross-contamination potential is huge and quite frankly unacceptable,” he wrote.

She also accused Metabiota of miscalculating the severity of the outbreak, while insisting that they had the situation under control when clearly, they didn’t.

Tulane microbiology professor Bob Garry was also critical of Metabiota’s choice to have Dr. Jean-Paul Gonzalez run the operation, as Gonzalez, in 1994, had accidentally gotten infected with a rare hemorrhagic fever while working in a Yale University lab.