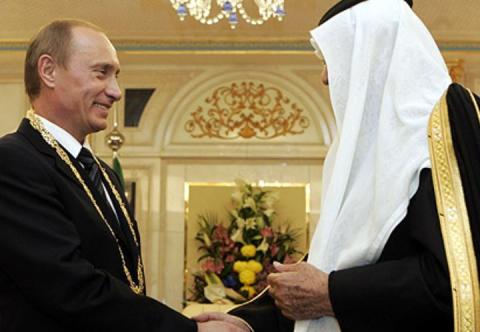 There is no doubt that the sanctions imposed by wealthy Western nations will negatively impact the Russian regime, the Russian economy, and the Russian people. Ordinary Russians, who currently enjoy a GDP per capita that is only a fraction of the size of that in many Western countries, will suffer greatly.

But when it comes to the degree of Russia’s isolation, those gloating about Russia being “cut off” are overstating the case. In fact, many of the world’s largest countries have shown a reluctance to participate in the US’s sanctions schemes, and have instead embraced a far more measured approach. So long as China, India, and other large states continue to be at least partially sympathetic toward Moscow, it will provide a large market for Russia’s natural resources and its other exports. India and other sizable nations have signaled they’re not cutting off Russia just yet.

Moreover, if the US is going to demand that the world fall into line behind US sanctions, that means the US is going to have to enforce its sanctions policy on reluctant nations. That ultimately means the US will need to threaten—or in some cases, implement—secondary sanctions designed to punish nations that don’t sanction Russia as well.  The longterm effects of constructing a coerced global anti-Russia block may prove costly for Washington, and in any case, pronouncements of a new iron curtain falling around Russia appear premature.

For Americans watching TV news, it no doubt sounds like the entire world has united behind an American-led campaign of moral righteousness against the Russians. Out in much of the real world, however, things look a little different. Anthony Faiola and Lesley Wroughton summed up the situation in The Washington Post last week:

Many countries in the developing world, including some of Russia’s closest allies, are unsettled by Putin’s breach of Ukrainian sovereignty. Yet the giants of the Global South – including India, Brazil and South Africa – are hedging their bets while China still publicly backs Putin. Even NATO-member Turkey is acting coy, moving to shut off the Bosporus and Dardanelles straits to all warships, not just the Russians.

Just as Western onlookers often shrug at far-flung conflicts in the Middle East and Africa, some citizens in emerging economies are gazing at Ukraine and seeing themselves without a dog in this fight – and with compelling national interests for not alienating Russia. In a broad swath of the developing world, the Kremlin’s talking points are filtering into mainstream news and social media. But even more measured assessments portray Ukraine as not the battle royal between good and evil being witnessed by the West, but a Machiavellian tug of war between Washington and Moscow.

possibly lost in all the headlines [about the whole world being united against Russia] is that it is not the entire world against Russia. In fact, most of three huge continents – Asia, Africa, and South America – are either still working with Russia or trying to project the image of neutrality.

It easy to see why so many come to the wrong conclusions, however. Many of those crowing about a world united against Russia are often extrapolating from the fact that most of the world’s regimes voted for a recent UN resolution condemning the Russian invasion of Ukraine.  Indeed, 141 UN member states voted earlier this month to condemn Russia for the invasion. Only five states, including Russia, voted against the measure.  It is assumed from this that virtually all the world has both condemned Russia and is also enthusiastic about the US’s sanctions.

Yet, 35 states did choose to abstain from the vote condemning Russia, and many of these abstaining states are very large states indeed—they’re those large states from the Global South mentioned by Faiola and Wroughton.

In fact, the states that either abstained in the UN vote, or voted against it, are states containing more than half—53 percent— of the world’s population. Among the abstaining states are China and 33 other states that combined make up more than 3.9 billion of the world’s 7.7 billion people. If we combine the “no” votes with the abstaining states, that adds another 200 million-plus people to the bloc of states refusing to condemn the Ukraine invasion.

Many former Soviet states are in the bloc not voting to condemn Russia, as are all the large states of south Asia—Pakistan, India, and Bangladesh. Africa also appears to well fit into the region that apparently concludes it has no “dog in this fight.” Nearly one-third of all of Africa’s regimes—16 states—abstained in the UN vote. Iraq—a country that the United States spent 20 years and trillions of dollars to (unsuccessfully) turn into a US client state—voted to abstain, as well.

Of course, how a regime votes in the UN general assembly doesn’t tell us much about the opinions of the man on the street in each country. But, it should be noted—and as shocking as this may seem to Americans—billions of people in the world don’t automatically agree with whatever US government says about the who the world is supposed to hate at any given time. In any case, the man on the street doesn’t make policy. If one-third of the regimes in Africa, most of South Asia, plus China and Vietnam, are now refusing to even condemn the invasion of Ukraine, that doesn’t exactly speak to a world that is lining up to obey US-led sanctions and “isolate” Russia.

Admittedly, looking at population will overstate the geopolitical clout of these dissenters, and population gives us a limited view of the size of the economies of these states. Looked at through this lens, we nonetheless find that the economic bloc of abstainers is not exactly negligible. Moreover, even among countries that voted with the US on the UN resolution have showed a lack of enthusiasm for American-led sanctions.

Both Mexico and Brazil, for example, voted for the UN resolution but have also signaled they are not interested in imposing harsh sanctions on Russia. Mexico’s president has flat-out stated he has no intention of following the US’s lead on sanctions. Argentina’s regime is resisting sanctions and has stated it believes sanctions to be contrary to the peace process. Brazil, Chile, Uruguay, and other Latin American states are trying to punch holes in the US’s sanction demands.

When it comes to Africa, Pindell notes:

Across the ocean, no country in Africa, including South Africa, has joined in the call to make Russia an outlier in global relations. Some if this has to do with Russian military ties to certain nations, or the fact that some African nations don’t feel the need to wade into European relations after centuries of European imperialism and colonization.

So, what chunk of the global economy is likely to maintain ties with Moscow during this supposed isolation period? Well, looking at a limited sampling of sanctions resisters—i.e., the GDPs of Russia, India, China, Brazil, and Mexico combined—we find this “bloc” makes up a full third of global GDP. (China, and India, of course, make up most of this.) That’s similar to the combined economies of the US and the EU.