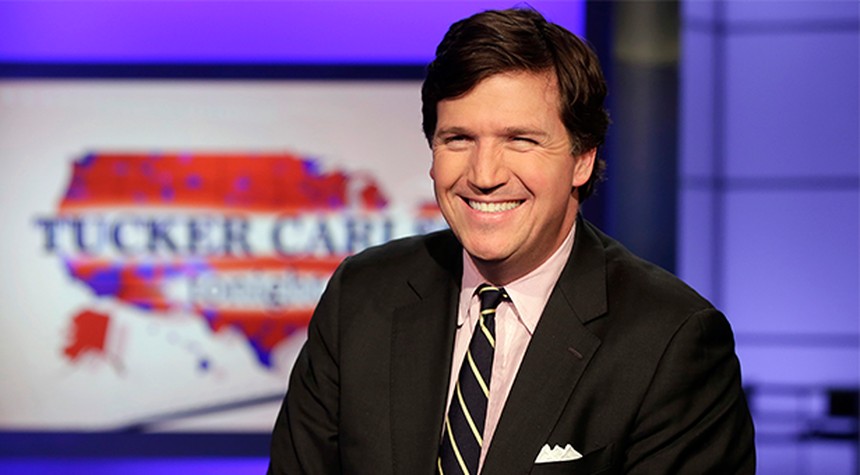 Tucker Carlson is attracting more Democratic viewers between the ages of 25-54 than CNN and MSNBC, according to The Wrap.

Carlson is a frequent target of the far left for his pro-Russian rants and because he’s giving voice to conspiracy theories about the 2020 election. But there are many Democrats who are apparently entertained by Carlson–or perhaps they like getting angry.

More surprising are the stats about Carlson and Fox News’ pull with self-proclaimed Democrats. Of those demo-aged viewers surveyed who identified as Democrats, 39% chose Fox News, 31% chose MSNBC and 30% chose CNN for programming from 8 p.m. ET to 11 p.m. ET. In total-day viewership, Fox News grabbed 42% of Democrats aged 25-54, CNN nabbed 33% and MSNBC got 25%.

This is not a one-month phenomenon. Carlson has been destroying the competition all year.

These numbers only account for October but reveal that Fox News’ and Carlson’s sizable audiences are not that easy to define. Consider Carlson’s ratings that month. In October, Carlson’s show was the top-rated program in the demo across all of cable news and was the second highest-rated show overall, coming in only behind Fox News’ late-afternoon panel show “The Five.” In total average viewers, he netted 3.081 million viewers and in the demo, he secured 483,000. For the entire year of 2021, “Tucker Carlson Tonight” was the highest-rated program in cable news overall, bringing in an average of 3.214 million total viewers with 535,000 in the demo.

Not all Americans follow news that reflects their ideological preferences. It’s a matter of personal taste. The latest news on Carlson is that he gave all of $250 to the campaign of Rep. Marjorie Taylor Greene (R-Ga.), the far-right congresswoman who believes some weird stuff and who was censured by the House.

The donation was used to purchase a ticket for the campaign’s raffle giveaway of a .50-caliber rifle.

Related: WATCH: Biden Calls Fox Reporter a ‘Stupid Son of a B****’

Should a television host contribute to the campaign of any candidate? Carlson is an obvious partisan and makes no attempt to portray himself as an objective analyst. Besides, giving $250 for a chance at a $10,000 rifle seems a worthy cause in and of itself.

Fox may slap his wrist but they’re smart enough not to kill the golden goose who is destroying the competition on CNN and MSNBC.