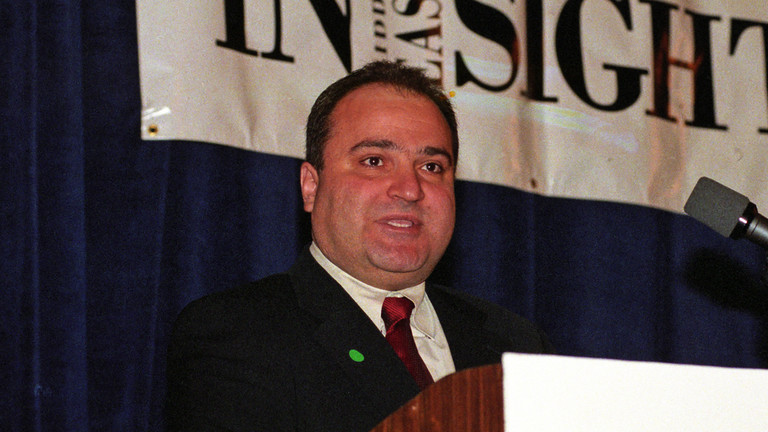 An adviser to the government of the United Arab Emirates has admitted guilt in illegal donations of millions of dollars to Hillary Clinton’s 2016 presidential campaign, The Intercept has learned.

Several months ago, George Nader agreed to plead guilty on one count of defrauding the US government through concealing the foreign origins of political contributions, the outlet reported, citing a sentencing memo penned by prosecutors. The document was unsealed in December 2021, but was not previously reported, the outlet said.

According to the allegations, Nader and his co-conspirator, Ahmad Khawaja, a California businessman, obfuscated the source of nearly $5 million. Transfers from Nader’s UAE-based firm to Khawaja’s US-based payment-processing company were presented to be regular payments.

Of that amount, more than $3.5 million came from the UAE government and were donated to Democratic PACs supporting Clinton’s candidacy, the allegations said. It remains unclear what happened to the rest of the money. However, the memo states that the two defendants sought inroads to “key figures” in the Donald Trump campaign, and that Khawaja donated $1 million to the Republican candidate’s inaugural committee.

Eight people have been indicted in the case, with five of them, including Nader, pleading guilty, The Intercept said. Khawaja fled the US after being indicted and is reportedly being held in custody in Lithuania. Both primary defendants are American citizens of Lebanese origin.

The accusations were previously detailed by the New York Times. Clinton was referred to as “Our Sister” or “the Big Lady” in communications between Nader and his UAE client, Crown Prince Mohammed bin Zayed. The businessman was a trusted emissary of the UAE royalty and provided regular updates on his progress in establishing connections with the Democratic candidate’s staff. The UAE government refrained from commenting on the allegations to either publication.

Nader was previously investigated by special counsel Robert Mueller for his effort targeting the Trump campaign and presidency. Mueller’s team questioned him about a meeting he helped organize between Erik Prince, an American private security entrepreneur and founder of the infamous company Blackwater, and Kirill Dmitriev, the head of the Russian Direct Investment Fund, the country’s sovereign wealth fund.

The January 2017 Seychelles encounter was hyped by US media as evidence of Trump-Russia collusion, but Mueller’s final report described it as pretty much inconsequential and of little interest to the people in Trump’s orbit.

Nader was arrested by US federal agents in June 2019, after he got off a flight from the UAE, for possession of child pornography and images of bestiality, which were reportedly discovered by the Mueller team. It was the latest of several charges of the same nature he faced in the US.

The businessman was later indicted, with more counts of possession of child pornography and the sex trafficking of a 14-year-old boy from the Czech Republic, which happened in 2000. He pleaded guilty to both felonies and was sentenced to 10 years in prison. Nader spent a year in a Czech prison for having sex with the same minor, who he flew to the US.