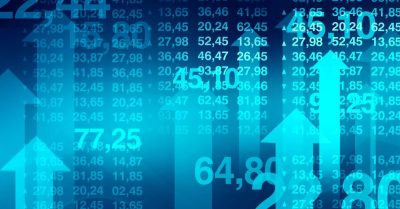 What is presented in this article is a preliminary draft: suggested concepts and ideas pertaining to the formulation of a Worldwide People’s Movement.

The Storming of the Bastille occurred in Paris on the afternoon of July 14, 1789. The Bastille was a medieval armory, fortress, and political prison. It was the symbol of Royal Authority under the reign of King Louis XVI.

The French monarchy was obliged to accept the authority of the newly proclaimed National Assembly as well endorse the Fundamental Rights contained in the “Declaration des Droits de l’Homme et du Citoyen” (Declaration of the Rights of Man and of the Citizen), formulated in early August 1789.

More than 230 years later, these Fundamental Rights (Liberté, Égalité, Fraternité) are now being contravened by corrupt  governments around the World on behalf of a totalitarian and illusive financial establishment.

Bastille 2022 pertains not only to the restoration of these fundamental rights. It seeks to reverse and disable the criminal COVID-19 agenda which in the course of the last two years has triggered economic, social and political chaos Worldwide in 193 member states of the United Nations, coupled with bankruptcies, unemployment, mass poverty and despair. Famines have been reported in 25 countries.

Starting in November 2020, an experimental mRNA vaccine launched by our governments (allegedly with a view to combating the spread of the virus) has resulted in an ascending Worldwide trend of vaccine related deaths and injuries. It’s a killer vaccine. It’s a crime against humanity.

Bastille 2022 is not a “protest” movement narrowly defined.

We do not seek to negotiate with corrupt government officials. We question their legitimacy. They are liars.

Our intent is to confront the powerful actors behind this criminal endeavor which is literally destroying people’s lives Worldwide, while creating divisions within society. The impacts on mental health on population groups Worldwide are devastating.

The numerous lockdowns (stay at home of the work force), fear campaigns, COVID-19 policy mandates imposed on 193 member states of the United Nations have also contributed to undermining and destabilizing:

In turn, a process of enrichment by the elite billionaires together with widening social inequalities has unfolded. The massive debts incurred by the Nation-State resulting from corruption as well fiscal collapse have skyrocketed. Increasingly national governments are in a straitjacket, under the brunt of powerful creditor institutions. Mounting debts at all levels of society are the driving force.

The Creation of a Mass Movement

What is at stake is the creation of a mass movement (Nationally and Worldwide) which questions the legitimacy and authority of the architects of this insidious project which broadly speaking emanates from: Big Money, Big Pharma, the Information Technology Conglomerates, the Security Apparatus, Intelligence, the Military Industrial Complex, Big Energy, the Corporate Media.

Ironically, the architects of the COVID-19 “pandemic” are now actively involved in formulating the “Solution”. The World Economic Forum’s Great Reset consists in installing a Worldwide totalitarian regime. What is contemplated is a system of “Global Governance”.

A 190+ UN member nation states are slated to be weakened and undermined. They are under the grip of the most serious debt crisis in World history. Under the Great Reset, the institutions of parliamentary democracy and the Welfare State are to be replaced by an unelected “public-private partnership” dominated by the upper echelons of the financial establishment. In the words of the late David Rockefeller:

“…The world is now more sophisticated and prepared to march towards a world government. The supranational sovereignty of an intellectual elite and world bankers is surely preferable to the national auto-determination practiced in past centuries.” (quoted by Aspen Times, August 15, 2011, emphasis added)

The Global Governance scenario imposes an agenda of social engineering and economic compliance:

It constitutes an extension of the neoliberal policy framework imposed on both developing and developed countries. It consists in scrapping “national auto-determination” and constructing a Worldwide nexus of proxy regimes controlled by a “supranational sovereignty” (World Government) composed of leading financial institutions, billionaires and their philanthropic foundations. (See Michel Chossudovsky E-book, Chapter XIII)

We will seek all avenues through peaceful means to disable and undermine this totalitarian project including dialogue with and within public and private institutions, law enforcement officials, members of the military and the judicial.

What is required is to break down the structures of corruption, hierarchy and abusive authority, namely to pursue what might be described as:

“the democratization of decision-making within our institutions”.

The Art of Deception

We must nonetheless understand the limitations of conducting effective judicial procedures against national governments. The judges are often pressured, threatened and corrupt, aligned with both dominant financial interests and politicians.

Moreover, inasmuch as this insidious project is enforced by national governments Worldwide, the International Criminal Court (ICC) which is officially “independent” in regards to the UN Security Council, has a longstanding record of side-stepping US-NATO war crimes. The ICC is controlled by the same financial elites which control the governments.

We must also understand the complexities of  this carefully designed and coordinated totalitarian project, namely the role of various fraudulent financial institutions, corporate advisory and lobby groups, consultants, “scientific advisors’, etc. acting as intermediaries on behalf of Big Pharma and the financial elites.

There is a hierarchy in the structures of authority. This complex and intricate decision making process is used to co-opt, bribe and manipulate government officials. Almost identical policy mandates (emanating from higher authority) are implemented simultaneously in numerous countries, requiring active coordination.   The same powerful lobby firms are acting at one and the same time in different countries (e.g. in North America and the European Union).

An extensive multi-billion dollar budget has been allocated to the implementation Worldwide of COVID-19 policy mandates. The latter have been conducive to the destabilization of civil society and its institutions including the disruption of health services, education, sports, cultural activities, etc.

The legitimacy of politicians and their powerful Big Money sponsors must be challenged, including the police state measures adopted to enforce the imposition of a digital vaccine passport as well as the wearing of the face mask, social distancing, etc.

What are our Priorities? Counter Propaganda

More than 7 billion people Worldwide are directly or indirectly affected by the corona crisis. Several billion people have already been vaccinated by an “unapproved” experimental mRNA “vaccine”, which has resulted in a Worldwide wave of mortality and morbidity.

While this tendency is confirmed by official figures pertaining to vaccine-related deaths and adverse events, the mainstream media and the governments are in a state of denial.

The devastating health impacts of the COVID-19 vaccine are rarely acknowledged. It’s the same catch phrase (which is an outright lie) repeated ad nauseam: “the virus is far more dangerous than the vaccine”.

Dr. Alan Schroeder thinks it’s very natural for parents to worry, but said for teens, the virus is more dangerous than the vaccine. (NBC)

Doctors are on the lookout for it in children, but the bottom line remains that the virus is far more dangerous than the vaccine.

“The mutations in the omicron variant make it [the virus] more prolific, dangerous, and elusive“

This propaganda consensus must be broken. With regard to the vaccine, informing people across the land regarding the data on deaths and adverse events is the first step.

The COVID Crisis initiated in January 2020 is unprecedented in World History. Propaganda under Nuremberg is a Crime.

Dismantling the propaganda apparatus is crucial.  Counter-propaganda plays a key role in revealing the lies used to justify the policy mandates.

First and foremost we must forcefully challenge the mainstream media, without specifically targeting mainstream journalists, who have been instructed to abide by the official narrative. We should in this regard favor dialogue with individual (independent) journalists.

We must ensure that people Worldwide achieve an understanding of the history and devastating impacts of the COVID crisis supported by scientific concepts, analysis, testimonies and data.  This endeavor will require a parallel process at the grassroots level, of sensitizing fellow citizens and establishing dialogue on the nature of  the alleged pandemic, the mRNA vaccine, the RT-PCR test, as well as the devastating economic and social impacts of the lockdowns.