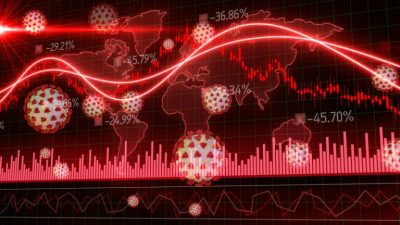 “The PCR is a Process. It does not tell you that you are sick”.

Dr. Kary Mullis, Nobel Laureate and Inventor of the RT-PCR, passed away in August 2019.

“…All or a substantial part of these positives could be due to what’s called false positives tests.”

This misuse of the RT-PCR technique is applied as a relentless and intentional strategy by some governments to justify excessive measures such as the violation of a large number of constitutional rights, … under the pretext of a pandemic based on a number of positive RT-PCR tests, and not on a real number of patients.

To read PART I of this article click link below

The Covid-19 Pandemic Does Not Exist

Media lies coupled with a systemic and carefully engineered fear campaign have sustained the image of a killer virus which is relentlessly spreading to all major regions of the World.

Several billion people in more than 190 countries have been tested (as well as retested) for Covid-19.

At the time of writing, approximately 260 million people Worldwide have been categorized as “confirmed Covid-19 cases”. The alleged pandemic is said to have resulted in more than 5 million Covid-19 related deaths.

Both sets of figures: morbidity and mortality are invalid. A highly organized Covid testing apparatus (part of which is funded by the billionaire foundations) has been established with a view to driving up the numbers of “Confirmed Covid-19 Cases”, which are then used as a justification to impose the “vaccine” passport coupled with the repeal of fundamental human rights. 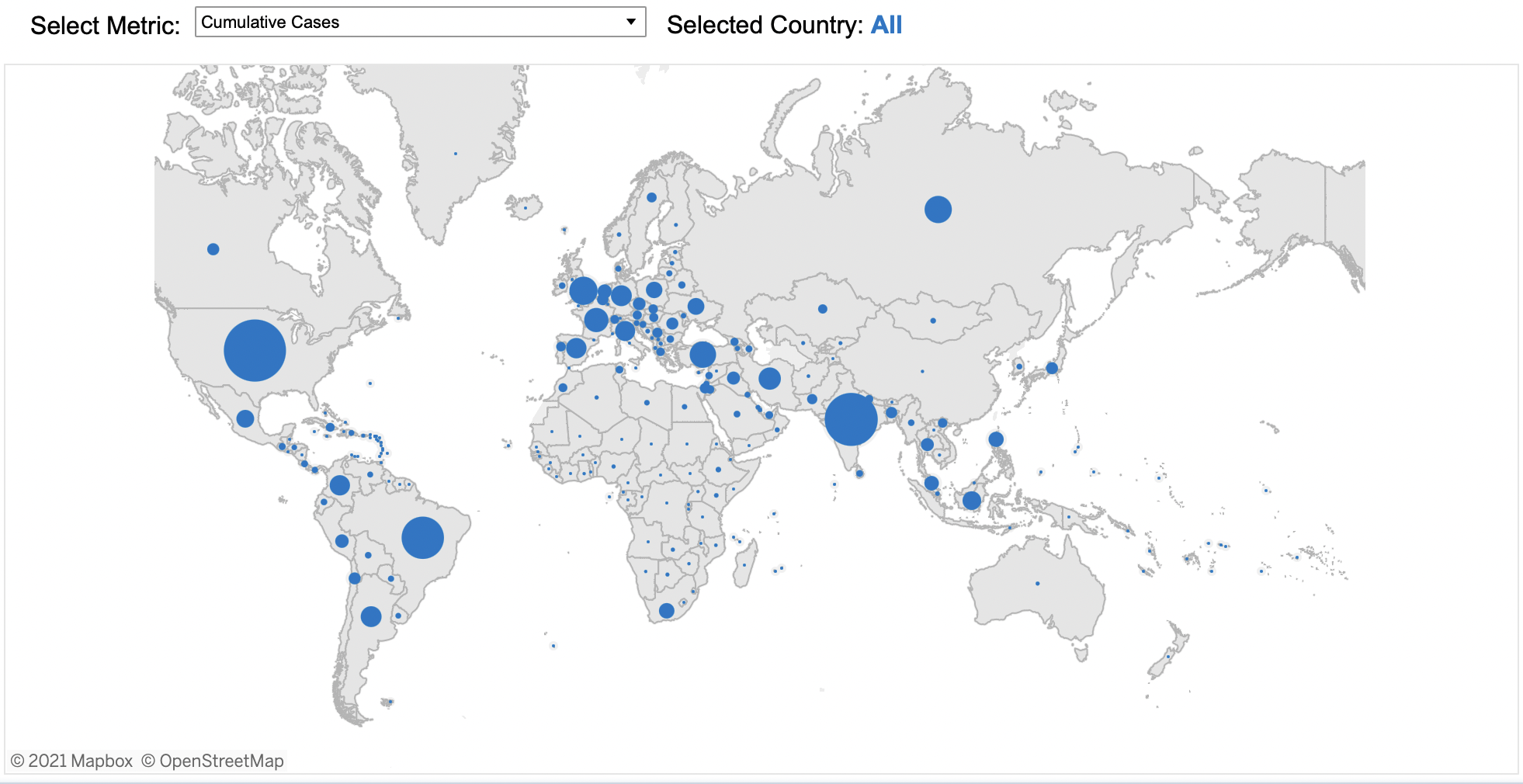 A so-called “Global Tracker System” has been established with an interactive map pointing to global as well as country level trends and weekly tendencies.

A Fourth Wave has been announced. Invalid figures pertaining to Covid-19 are routinely plastered on the news tabloids. 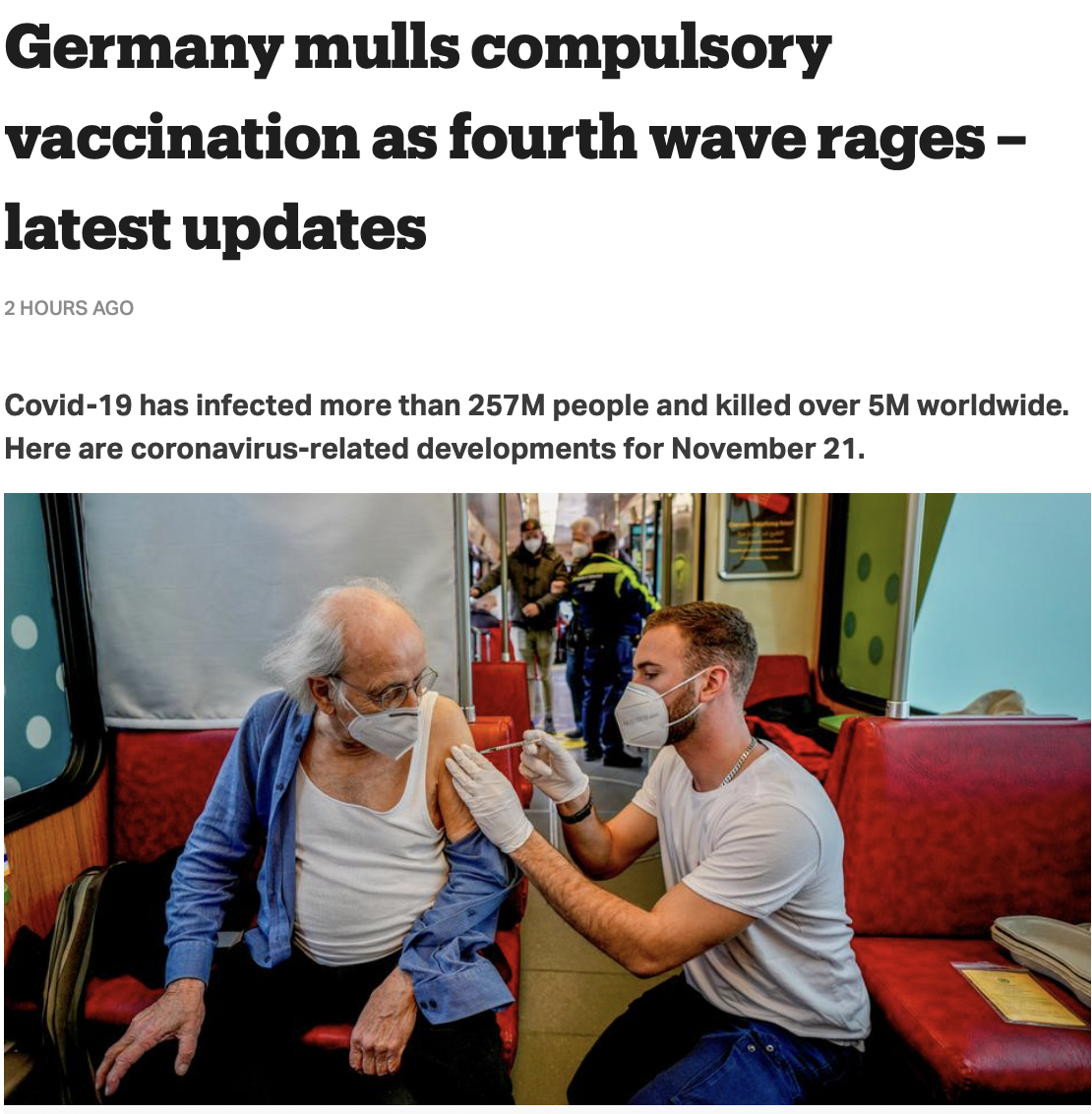 Meanwhile, both the media and the governments have turned a blind eye to the rising trend of Covid-19 vaccine deaths and adverse events, which are confirmed by “official” government agencies. (See below)

The slanted methodology applied under WHO guidance for detecting the alleged spread of the virus is the Polymerase Chain Reaction Test (RT-PCR), which is routinely applied all over the World.

The RT-PCR Test has been used Worldwide to generate millions of erroneous “Confirmed Covid-19 cases”, which are then used to sustain the illusion that the alleged pandemic is  Real.

This assessment based on erroneous numbers has been used in the course of the last 20 months to spearhead and sustain the fear campaign.

And people are now led to believe that the Covid-19 “vaccine” is the “solution”. And that “normality” will  be restored once the entire population of Planet Earth has been vaccinated.

“Confirmed” is a misnomer: A “Confirmed RT-PCR Positive Case” does not Imply a “Confirmed Covid-19 Case”.

Positive RT-PCR is not synonymous with COVID-19 disease! PCR specialists make it clear that a test must always be compared with the clinical record of the patient being tested, with the patient’s state of health to confirm its value [reliability] (Dr. Pascal Sacré)

The procedure used by the national health authorities is to categorize all RT-PCR positive cases, as “Confirmed Covid-19 Cases” (with or without a medical diagnosis). Ironically, this routine process of identifying “confirmed cases” . is in derogation of the CDC’s own guidelines:

“Detection of viral RNA may not indicate the presence of infectious virus or that 2019-nCoV is the causative agent for clinical symptoms. The performance of this test has not been established for monitoring treatment of 2019-nCoV infection. This test cannot rule out diseases caused by other bacterial or viral pathogens.” (emphasis added)

In this article we will present detailed evidence that the methodology used to detect and estimate the spread of the virus is flawed and invalid.

The earlier debate at the outset of the crisis focused on the issue of “False Positives”.

Acknowledged by the WHO and the CDC, the RT-PCR Test was known to produce a high percentage of false positives. According to Dr. Pascal Sacré:

The debate on false positives (acknowledged by the health authorities) points to so-called errors without necessarily questioning the overall validity of the RT-PCR  test as a means to detecting the alleged spread of the CoV-SARS-2 virus.

2. The PCR-Test Does Not Detect the Identity of the Virus

The RT-PCR test does not identify/ detect the virus. What the PCR test identifies are genetic fragments of numerous viruses (including influenza viruses types A and B, and coronaviruses which trigger common colds).

The results of the TR-PCR test cannot “confirm” whether an individual who undertakes the test is infected with Covid-19.

According to Dr. Kary Mullis, inventor of the PCR technique: “The PCR detects a very small segment of the nucleic acid which is part of a virus itself.”According to renowned Swiss immunologist Dr B. Stadler

So if we do a PCR corona test on an immune person, it is not a virus that is detected, but a small shattered part of the viral genome. The test comes back positive for as long as there are tiny shattered parts of the virus left. Even if the infectious viri are long dead, a corona test can come back positive, because the PCR method multiplies even a tiny fraction of the viral genetic material enough [to be detected].

In an attempt to quantify the viral load, these sequences are then amplified several times through numerous complex steps that are subject to errors, sterility errors and contamination.

The PCR Test does not identify the virus as outlined above. Moreover, the WHO in January 2020, did not possess an isolate and purified sample of the novel 2019-nCov virus.

What was contemplated in January 2020 was a “customization”of the PCR test by the WHO, under the scientific guidance of the Berlin Virology Institute at Charité Hospital.

Dr. Christian Drosten, and his colleagues of the Berlin Virology Institute undertook a study entitled, “Detection of 2019 novel coronavirus (2019-nCoV) by real-time RT-PCR”.

Moreover, the study, published by Eurosurveillance acknowledges that the WHO did not possess an isolate and purified sample of the novel  2019-nCov virus:

[While]… several viral genome sequences had been released,… virus isolates or samples [of 2019-nCoV] from infected patients were not available …”

The Drosten et al team then recommended to the WHO, that in the absence of an isolate of the 2019-nCoV virus, a similar 2003-SARS-CoV should be used as a “proxy” of the novel virus:

“The genome sequences suggest presence of a virus closely related to the members of a viral species termed severe acute respiratory syndrome (SARS)-related CoV, a species defined by the agent of the 2002/03 outbreak of SARS in humans [3,4].

We report on the the establishment and validation of a diagnostic workflow for 2019-nCoV screening and specific confirmation [using the RT-PCR test], designed in absence of available virus isolates or original patient specimens. Design and validation were enabled by the close genetic relatedness to the 2003 SARS-CoV, and aided by the use of synthetic nucleic acid technology.”  (Eurosurveillance, January 23, 2020, emphasis added).

What this ambiguous statement suggests is that the identity of 2019-nCoV was not required and that  “Confirmed Covid-19 Cases” (aka infection resulting from the novel 2019 coronavirus) would be validated by “the close genetic relatedness to the 2003-SARS-CoV.”

What this means is that a coronavirus detected 19 years ago (2003-SARS-CoV) is being used to “validate” the identity of a so-called “novel coronavirus” first detected in China’s Hubei Province in late December 2019.

The recommendations of the Drosten study (generously supported and financed by the Gates Foundation) were then transmitted to the WHO. They were subsequently endorsed by the Director General of the WHO, Tedros Adhanom.

The WHO did not have in its possession the “virus isolate” required to identify the virus. It was decided that an isolate of the new coronavirus was not required.

The Drosten et al article pertaining to the use of the RT-PCR test Worldwide (under WHO guidance) was challenged in a November 27, 2020 study by a  group of 23 international virologists, microbiologists et al.

It stands to reason that if the PCR test uses the 2003 SARS- CoV virus as “a point of reference”, there can be no “confirmed” Covid-19 cases resulting from the novel virus 2019-nCoV, subsequently renamed SARS-CoV-2.

4. Has the Identity of the 2019-nCoV Been Confirmed? Does the Virus Exist?

While the WHO did not possess an isolate of the virus, is there valid and reliable evidence that the 2019 novel coronavirus had been isolated from an “unadulterated sample taken from a diseased patient”?

The Chinese authorities announced on January 7, 2020 that “a new type of virus”  had been “identified”  “similar to the one associated with SARS and MERS” (related report, not original Chinese government source). The underlying method adopted by the Chinese research team is described below:

We prospectively collected and analysed data on patients with laboratory-confirmed 2019-nCoV infection by real-time RT-PCR and next-generation sequencing.

The above study (quotation above as well as other documents consulted ) suggest that China’s health authorities did not undertake an isolation / purification of  a patient’s specimen.

Using “laboratory-confirmed 2019-nCoV infection by real-time RT-PCR” is an obvious misnomer, i.e. the RT-PCR test cannot under any circumstances be used to identify the virus. (see section 2 above). The isolate of the virus by the Chinese authorities is unconfirmed.

Freedom of Information Pertaining to the Isolate of SARS-CoV-2

A detailed investigative project by Christine Massey, entitled: Freedom of Information Requests: Health/ Science Institutions Worldwide “Have No Record” of SARS-COV-2 Isolation/Purification provides documentation concerning the identity of the virus.

Freedom of Information (FOI) requests were addressed to ninety Health /Science institutions in a large number of countries.

The responses to these requests confirm that there is no record of isolation / purification of SARS-CoV-2 “having been performed by anyone, anywhere, ever.”

“The 90 Health /Science institutions that have responded thus far have provided and/or cited, in total, zero such records:

Our requests [under “freedom of information”] have not been limited to records of isolation performed by the respective institution, or limited to records authored by the respective institution, rather they were open to any records describing “COVID-19 virus” (aka “SARS-COV-2”) isolation/purification performed by anyone, ever, anywhere on the planet.”

See also: 90 Health/Science Institutions Globally All Failed to Cite Even 1 Record of “SARS-COV-2” Purification, by Anyone, Anywhere, Ever, By Fluoride Free Peel, August 04, 2021

5. The Threshold Amplification Cycles. The WHO Admits that the The Results of the RT-PCR “Test” are Totally Invalid

The rRT-PCR test was adopted by the WHO on January 23, 2020 as a means to detecting the  SARS-COV-2 virus, following the recommendations of  the Berlin Virology research group (quoted above).

Exactly one year later on January 20th, 2021, the WHO retracts. They don’t say “We Made a Mistake”. The retraction is carefully formulated. (See original WHO document here)