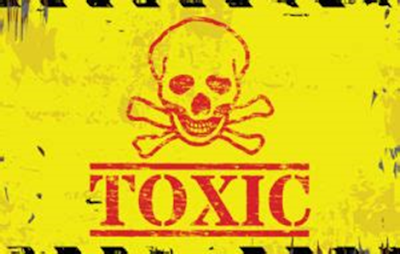 Well, it seems you can take a simple home test for C19 ‘rona virus and go about your daily business with a handy digital mobile cell-fone app to show everyone that no, you are not passing on the common flu bug to everyone around you.  Unless, of course, you can prove that you must be double and triple vaxed and boosted and more boosters into the deadly DNA modification bio-weapon database as the preferred alternative.  True, you must have another booster every few months or so as the evil overlords dictate, but at least you do not need to spend the money for constant ‘at home’ tests – if you live.  The Feds pay for the “free” shots (your taxes) while the test kits started out around $5 and quickly moved up to over $25, so if you need to take a test every few days that could get expensive quickly just to stay in business.

Sure, the commonly available “free” tests have been proven to be all but totally invalid as the originating scientist stated over a year ago stated as being the “biggest hoax ever perpetrated“ because they show any and all corona virus chunks of destroyed DNA that is reported as a positive C19 result giving massive false positives (over 98% false) and is invalid after this year, but what about this new (or relatively new) “at home” self test?  It is much easier to use, just put the swab up your nose a little ways, not shoved clear up to your hats tip top (careful, don’t stir your brains around), and run the sample goo (aka, snot) through a simple chemical test.  Easy, and anyone can do it; it is so safe, accurate and simple.  Safe and accurate they say.  “They” seem to say a lot of things, don’t they?  Let’s look at that a bit more, shall we?

The test seems to be a simple chemical test with colored bars indicating infected or clean.  The first video below shows the official ‘how to do it’, and the second video shows how the “Navica” free app works to prove you are a negative test result on the ‘rona social destruction farce.  These kits were being touted as far back as August 2020 and actively advertised as available at least as far back as April 2021 to stores like Walgreens, CVS and Wal-Mart among others.  If you get a negative test, you must take another within three days to confirm it; but that is no problem, they give you two tests in the test kit.  They claim it is about 95% up to 100% accurate for those who test positive, but we all should know how trustworthy their word is; not so much folks.  They are out to push a product and an agenda.

I am not sure how many manufacturers test kits are out there, but one web page says there are at least nine with the Abbott Labs BinexNow covid 19 Antigen test being the “best” one available, and it does seem to be the most popular.  So may I presume (cognitive dissonance aside) that its accuracy must be a truthful claim?  I am so sorry, but NO, I am not that gullible.

The FDA Emergency Use Authorization for this “Asymptomatic, over the counter, non-prescription, multi use test” claims it is identical to “professional use test” and Yahoo said “The test can be used on children as young as two years old when samples are collected by an adult” which concerns me immensely.  “ Robert B. Ford, president and chief executive officer, Abbott. “Together with vaccines, the BinaxNOW Self Test will help Americans get back to doing what they want and need to do – like going to work and school or seeing friends and family – with greater confidence.””   I am sorry, but I have zero confidence in that statement as it has been proven they all have lied and lied and lied on everything associated with the C19 farce to get the bio-weapon injection to as many as possible as fast as possible.

A few days ago, Twit had a video that showed thousands of people waiting in line outside in the below freezing bitter cold in NYC to get tested for the “new Omicron” variant which seems at best to be just a mild form of the common cold, and many showed NO symptoms of having anything but a freezing cold nose from standing in that line.  Just don’t stick your tongue on that cold metal lamp post; it may stick.  Gullibility in dumb sheep is so much fun to play with, eh?

Programmed stupidity seems to be the operational tag line to be used here.

In the comments sections on a number of sites reporting this test as having dangerous properties (read as chemicals and reagents) there are many that have said they got very ill right after having taken the at home self tests.  Some report bloody noses, some even with cancers, but why or from what?

It’s critical to note that the test kits are NOT approved by the FDA. They’re only given emergency use authorization (EUA) to waive manufacturer liability in case of accidents.

One popular COVID-19 home testing kit contains a lethal ingredient that has caused past deaths even in small doses” claimed an article recently and that agent in at least one of those tests is Sodium Azide.  The FDA has a paper covering this Abbott Labs test and state in their Precautions “3. Wear safety mask or other face covering when collecting anterior nares swab specimen from a child or another individual. 4. Use of gloves is recommended when conducting testing” for good reason.  Further down they state “18. The Reagent Solution contains a harmful chemical (see table below). If the solution contacts the skin or eye, flush with copious amounts of water. If irritation persists, seek medical advice: https://www.poison.org/contact-us or 1-800-222-1222”.

Referring to the CDC page on “agents” the report that “Sodium azide is a rapidly acting, potentially deadly chemical that exists as an odorless white solid.

When it is mixed with water or an acid, sodium azide changes rapidly to a toxic gas with a pungent (sharp) odor. It also changes into a toxic gas (hydrazoic acid) when it comes in contact with solid metals (for example, when it is poured into a drain pipe containing lead or copper)”  and continue with “Sodium azide prevents the cells of the body from using oxygen. When this happens, the cells die.

The above CDC web page includes signs and symptoms and how to treat exposure so please refer to that document for further information.

Of course, the official news sources insist that it is in very small quantities (0.1 PPM) and cannot harm anyone, but the reports of exposure to it are all over the place.  Note that the CDC also says “Exposure Limits  NIOSH REL  C 0.1 ppm (as HN3) [skin] C 0.3 mg/m3 (as NaN3) [skin]”  which puts it right on target for some serious reactions.

This would seem to indicate that it would be easily transferred to any tester that is not scrupulously careful and follows the directions perfectly being especially cautious of the reagent activation.

This, of course, is said without mentioning that some reports insist there are pollutants on the swabs that may be causing diseases and other problems, but that is for another article.

The NIH National Library of Medicine has this to say about sodium azide exposure;

“Sodium azide, used mainly as a preservative in aqueous laboratory reagents and biologic fluids and as a fuel in automobile airbag gas generants, has caused deaths for decades….The most commonly reported health effect from azide exposure is hypotension, almost independent of route of exposure….Hypotension with late onset (>1 hour) constitutes an ominous sign for death. All individuals with hypotension for more than an hour died. Additional health effects included mild complaints of nausea, vomiting, diarrhea, headache, dizziness, temporary loss of vision, palpitation, dyspnea, or temporary loss of consciousness or mental status decrease. More severe symptoms and signs included marked decreased mental status, seizure, coma, arrhythmia, tachypnea, pulmonary edema, metabolic acidosis, and cardiorespiratory arrest. The signs and symptoms from lower exposures (<700 mg) are physiological responses at the vascular level and those at or above are toxicological responses at the metabolic level. There is no specific antidote for sodium azide intoxication.”

It appears that exposure from the tests are under the “lower exposures” category so may not be fatal unless intentionally ingested if even then.  That would be a relief, but it is still not safe as they claim as it is too easy for accidents to happen with such a deadly chemical.  So if you are required to take this test, do so with absolute caution and care or the Sad Little Man may get you in the end.