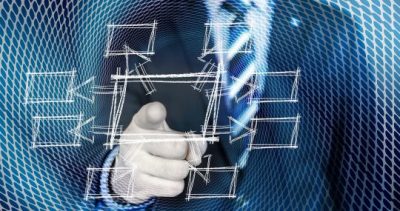 What have we done with the $11 Trillion?

We have clients in 23 different countries, but most reside within the continental United States – in recent weeks, we keep hearing countless stories of self-proclaimed 24-hour turnaround testing centers to do a PCR test, then taking more than 80 hours to get the results back. Friends in New Jersey tell us not one pharmacy or walk-in clinic in a 100-mile radius has appointments available in the next week. Home testing has improved but for those traveling overseas – it is a PCR test that is needed.

The question that haunts us now is that, almost two years into this crisis and an $11 Trillion U.S. Fiscal and Monetary spending deluge, we still don’t have an adequate testing infrastructure? It blows us away –  we are still dealing with endless waiting lines, no availability of testing appointments, shortages of at-home tests and overwhelmed testing labs scrambling to process vials.  Where did all that money go?

State and Federal Debts Add Up 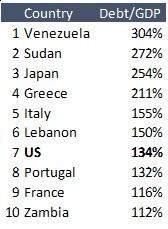 In the US, the corona crisis started on January 29, 2020, when the White House initiated its coronavirus task force. Since then, the US has gone from crisis to crisis and the media and our politicians have been obsessed with this epidemic and its consequences ever since. Amidst all the turmoil, the US government has left no stone unturned to throw money at this disaster. The Fed kicked off in early March by lowering interest rates to zero and shortly after began rolled out an alphabet soup of emergency programs. From buying high yield debt to bankrolling bailout checks (PPP loans), nothing was left on the table for our adroit stewards at the Fed. The byzantine maze of fiscal stimuli has left everyone confused. Nevertheless, the total amount of support the Fed has pumped into the economy is best measured by the expansion of its balance sheet. When the Fed finishes its asset tapering program in March of 2022, its balance sheet will have expanded by $5 Trillion. In less than two years the Fed deployed more money than during, and in the 10 years after, the great financial crisis ($3.5TR). This monetary support alone is also more than that of the entire GDP of Japan, the third-largest economy in the world.

Not to be outdone, the Federal government opened the floodgates by quickly passing spending bill after spending bill. After less than two years, the total amount of fiscal stimulus, as measured by the fiscal deficit spending, has reached a mind-blowing $6 Trillion. U.S. Federal debt has reached $29 Trillion and $32 Trillion if you add State and Local debt. At this point, US debt is a whopping 134% of GDP, giving the U.S. the dubious honor of being among top ten most indebted countries worldwide. This is a spot the erstwhile creditor to the world shares with the likes of Italy and Venezuela.
Where did all the money go?

And what did we, the American people, get for this colossal $11 Trillion in a monetary and fiscal deluge? As we find ourselves in the midst of yet another massive outbreak is case count, this seems like a valid question. You would think that the priority for these funds is to bolster essential healthcare needs to address this medical crisis. But even now, the US is still woefully ill-equipped with testing capabilities, almost two years into this crisis.  Our friends in Europe tell us testing is quickly done there. They live in urban areas such as Paris where testing is still readily available. France is also in the midst of another outbreak but seems to have no problem providing its citizens with ample testing facilities.

In hospitals, there has apparently been no improvement in available capacity in the critical ICUs, judged by the Johns Hopkins weekly hospitalization trends.

Incredulously, ICU beds-in-use compared to overall availability is almost higher now than it was a year ago.

So Where did the Money Go?

According to the Congressional Research Service, $25 Billion was appropriated for “selected domestic COVID-19 vaccine-related activities”. That sounds like a lot, but it’s a mere 0.5% of the federal emergency spending in the last two years. It turns out that the department of health and human services wasn’t even the biggest recipient of all the emergency spending. It was fourth on the list, which was topped by the Treasury Department, the small business administration, and the department of labor. Other major recipients were the department of education and the agriculture department. Why farmers needed a $160 Billion windfall during the pandemic is incomprehensible, especially since most crop commodities have been at record highs for a year now.

Reasonable people can agree that small businesses needed support during this crisis, especially during the lockdown. But the Fed’s Term Asset-Backed security Loan Facility (TALF), Primary and Secondary Market Corporate Credit Facilities ((P/S) MCCF), and Municipal Liquidity Facility (MLF) had absolutely nothing to do with small business assistance. These programs, together with the $5 Trillion purchases of Treasuries and agency debt, helped to foster an explosion in debt issuance by big business. Fueling stock buybacks – Investment-grade debt issued in this year and last year was a total of $3.1 Trillion, almost half the size of the total IG market. High yield issuance was even more baffling, setting issuance records two years in a row amidst a debilitating epidemic. 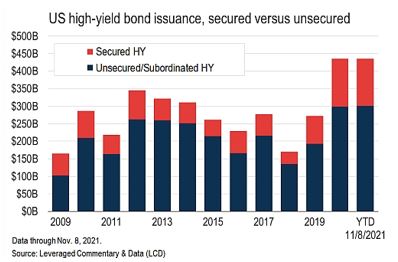 The effect of all this government largesse has had a profound impact on the stock market. The total market value of all stocks has risen from $34 Trillion to $53 Trillion; a whopping $19 Trillion (50%) increase from pre-pandemic levels. The IPO market has been red hot this year, with 1000 deals for the first time in history. Rock bottom interest rates and epic multiple expansion have driven investors into IPOs, as they clamor for excess returns in the most unsavory deals. U.S. junk bonds, we see new supply to plunge as much as 30% in 2022 as refinancings, the driver for almost 60% of issuance this year, will shrink because companies already capitalized on low yields and lengthened maturities. Likewise, a Fed in a hiking cycle should tighten financial conditions – shrink issuance.

Congress wants to tax stock buybacks – the implications are sky-high as a colossal equity market bid comes from Fed-induced corporate bond sales- See above with @SamRo – he notes just 20 companies are responsible for half the stock buybacks – this is one enormous – central bank fueled – leveraged Ponzi is driving stock indexes (S&P 500 and Nasdaq) higher. Of course in Q1 – Q2 2020 when stocks were on sale – few companies were buying back stock. Per Fitch – U.S. dollar-denominated, investment-grade (IG), corporate bond volume, excluding financial institutions, supranationals, sovereigns, and agencies, tallied $705 billion through Dec. 16, 2021. We saw the second-highest issuance through the first 10 months of the year and are up 27% and 13%, from 2018’s and 2019’s respective levels. Volume is down 36% versus the record 2020 amount; though that gap could shrink by year’s end as the final two months of 2020’s issuance was well below 2021’s monthly average. The volume disparity between 2020 and 2021 relates to deal size. Last year, there were double the number of transactions done for $4 billion or more compared with this year (60 in 2020 versus 29 in 2021). Both years featured at least two $20 billion issuances, with AT&T Inc. and The Boeing Company driving 2020 while Verizon Communications Inc. and AT&T led 2021. Several prominent companies tapped the IG market in 2021, including Verizon, AT&T, Amazon.com Inc., Oracle Corp., Comcast Corp. and Apple Inc. These six issuers comprised 21% of the year’s total volume, with all completing bond transactions of $15 billion or more. In fact, the 10 largest issuers make up 29% of 2021’s volume, highlighting the market’s concentration.