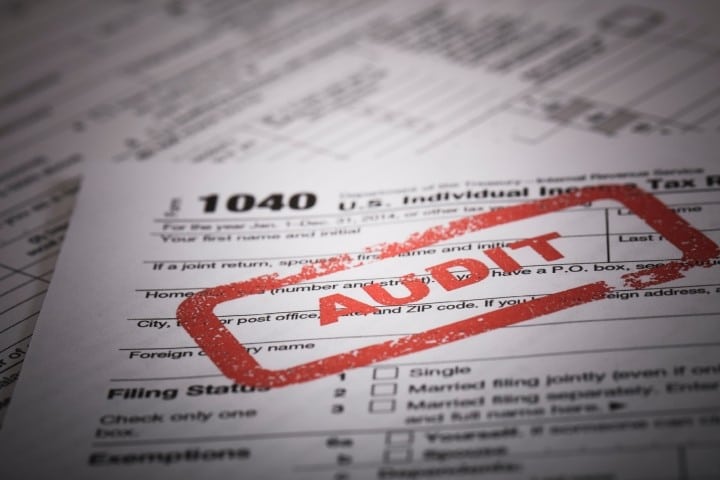 President Joe Biden wants Americans to believe that his proposed increases in the Internal Revenue Service’s (IRS) budget and enforcement powers are strictly about ensuring that the rich “pay their fair share.” In reality, argues Reason’s Eric Boehm, Biden’s plan would mostly harm small businesses and households of modest means — and lead to “total financial surveillance” by the IRS.

“As part of Biden’s ‘Build Back Better’ plan,” Boehm writes,

the IRS would get $80 billion in additional funding over the next 10 years. The bulk of those new funds, nearly $45 billion, would be directed toward enforcement actions with the goal of doubling the number of annual audits of small businesses. By comparison, the bill spends a relatively meager $1.93 billion on improving taxpayer services, including education and filing assistance.

In short, for every new dollar the IRS will spend helping Americans understand the endlessly complicated federal tax code, the agency will spend roughly $23 new dollars on enforcing those same rules. [Emphasis added.]

Needless to say, most small businesses are not owned by wealthy people. In fact, according to the Republican members of the House Ways and Means Committee, Biden’s plan would lead to an additional 1.2 million IRS audits per year, with nearly half of those targeting households earning no more than $75,000 a year. And since “the majority of underreported individual and small business income is from those making between $0 and $200,000,” Biden’s proposal will mean “more IRS shake downs of American families and small businesses,” the GOP committee members conclude.

Biden is also seeking to hire more than 80,000 new IRS agents, supposedly to crack down on super-rich tax dodgers. “It’s got a skeevy smell, given that there are only 630 Americans in the club of billionaires to target,” observes American Thinker columnist Monica Showalter. “Some 80,000 new agents would amount to 127 IRS agents per billionaire as if a couple of sharp ones couldn’t do the trick.”

Even more alarming is Biden’s proposal to “ask just for two pieces of information from the banks of” the super-rich who allegedly aren’t paying all they owe, the president said in September. Those “two pieces of information,” he explained, are “the amounts that come into their bank accounts and what amounts go out of their bank accounts.” In other words, the IRS should know the details of every penny earned and every penny spent.

In Biden’s world, such awesome power in the hands of federal bureaucrats is an instrument of unmitigated good. In the real world, however, it is likely to empower an already bungling and corrupt agency to further violate Americans’ constitutional rights.

On the one hand, the IRS can’t keep track of its own computers, and it has been known to rehire hundreds of people who were previously fired with just cause. On the other, it has been repeatedly used to attack presidents’ political opponents, most infamously under Richard Nixon and Barack Obama; and, among many other abuses, it has frequently failed to inform targets of its investigations of their Miranda rights before questioning them.

As the details of his proposal make clear, enhanced tax enforcement will mean hoovering up more data from crypto wallets, bank accounts, and third-party payment providers such as PayPal and Venmo. And that comes after Biden already ordered the IRS to give greater scrutiny to transactions in the so-called sharing economy.

All of this, Boehm asserts, “amounts to total financial surveillance.”

“The administration’s proposed ‘comprehensive financial account reporting regime’ would dramatically increase the types of financial institutions and transactions exposed to the feds’ prying eyes,” writes Boehm’s colleague Matt Welch. “The new domestic surveillance program, which requires congressional approval, is one prong of a tripartite strategy for transforming the entire global financial system into a harmonious, haven-free collection funnel to the IRS.”