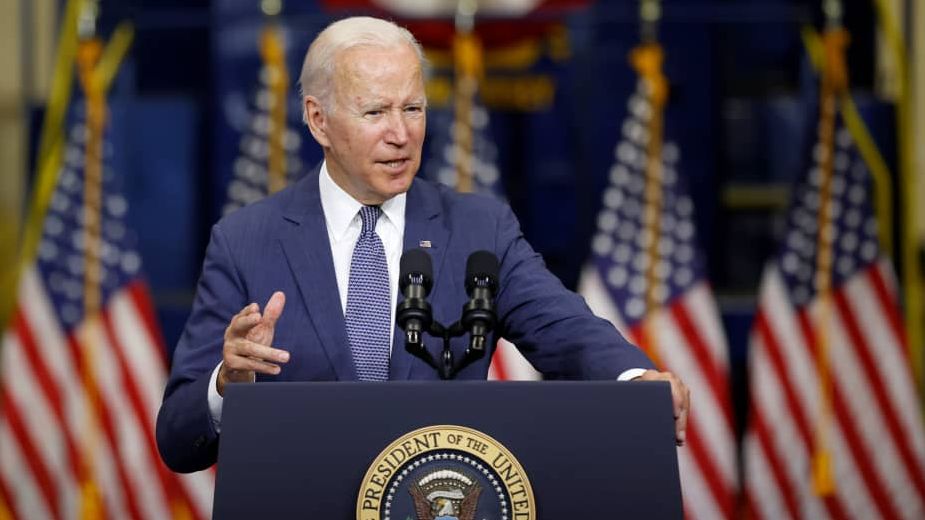 Texas Attorney General Ken Paxton is spearheading a new lawsuit against the Biden administration over its unlawful vaccine mandate. The lawsuit takes aim at Biden’s vaccine mandate for federal contractors, which requires vaccination against Covid no later than Dec. 8.

The lawsuit argues that the executive order is “a dramatic infringement upon individual liberties, principles of federalism and separation of powers, and the rule of law.” Texas’ lawsuit was filed Friday evening in the U.S. District Court for the Southern District of Texas.

“The Biden Administration has repeatedly expressed its disdain for Americans who choose not to get a vaccine, and it has committed repeated and abusive federal overreach to force upon Americans something they do not want,” Paxton said in a statement.

“If the President thinks his patience is wearing thin, he is clearly underestimating the lack of patience from Texans whose rights he is infringing,” Paxton proclaimed.

“President Biden has previously admitted that the federal government does not have such authority, but now he seeks to impose this unprecedented expansion of federal power and encroachment upon individual liberty by forcing employers to require vaccine mandates as a condition of doing business with the federal government,” Attorney General Paxton noted.

“The governor previously banned vaccine passports implemented after emergency use authorizations and the state’s ban on mask mandates prompted an investigation by the Department of Education,” Axios reported.

“Earlier this month, Abbot issued an executive order prohibiting vaccine mandates by any ‘entity,’ including employers, if someone objects to the vaccine for ‘any reason of personal conscience’.”

The Texas lawsuit unwinds a litany of grievances against the Biden administration for its lawless usurpation of state and individual rights.

“Countless Texans and other Americans are being forced to choose between their livelihoods and their fundamental constitutional rights,” the lawsuit argues. “The State of Texas and its officials have sought to protect individual rights while also encouraging and promoting effective public health techniques to combat the spread of COVID-19. The federal government, however, has launched a coordinated effort to decide for itself whether and when Americans must receive the vaccine, regardless of individual preference, healthcare needs, or religious beliefs.”

“Our Constitution provides for a federal government of limited powers, and it does not and has never had a general police power that would give it the right to dictate any and every facet of its citizens’ lives,” the lawsuit continues. “But Defendants have no regard for the limits that the Constitution and federal statutes impose upon them. Defendants’ actions are nothing short of a dramatic infringement upon individual liberties, principles of federalism and separation of powers, and the rule of law.”

“The federal government’s overreach must come to an end. Defendants are using subterfuge to accomplish what they cannot achieve directly—universal compliance with their vaccine mandates, regardless of individual preferences, healthcare needs, or religious beliefs,” the suit goes on. “And Defendants effectively claim for themselves a general police power to control American life, infringing on states’ sovereignty and usurping the powers reserved to the states under the Constitution.”

“President Biden himself has expressed little tolerance for those who do not share his views, as he put on public display when he announced that his ‘patience was wearing thin’ with Americans who choose not to receive the COVID-19 vaccine,” the lawsuit notes. “The President has further singled out Texas as an enemy because of its stance in favor of individual liberty. Speaking about Texas Governor Greg Abbott, President Biden threatened that “[i]f they’ll not help—if these governors won’t help us beat the pandemic, I’ll use my power as President to get them out of the way.”2 And yet, then-President-Elect Biden previously vowed not to demand any mandatory vaccinations.”

“Through a conflicting, vague, and confusing web of executive orders, task force directives, and contract requirements, Defendants have made it obvious that they will accept nothing less than complete obedience and compliance with their vision for how to fight COVID-19,” the lawsuit continued. “Defendants apparently have no concern for the disastrous potential effects of Defendants’ coercive tactics on the economy or the erosion of Americans’ liberties. Even one American being forced by their government to receive a vaccine that they do not want out of fear of losing their job is an irreparable injury and a stain on Defendants’ records. But the broader implications of these unlawful vaccine mandates, if they are not stopped, portend a dark future for the economy and the American way of life.”

“The State of Texas respectfully requests that the Court put an end to these unlawful and coercive tactics and stop this pernicious erosion of fundamental rights,” it stated.

“Plaintiff State of Texas is a sovereign State of the United States of America and has the authority and responsibility to protect its sovereign interests, its public fisc, and the health, safety, and individual liberties of its citizens,” the lawsuit added.