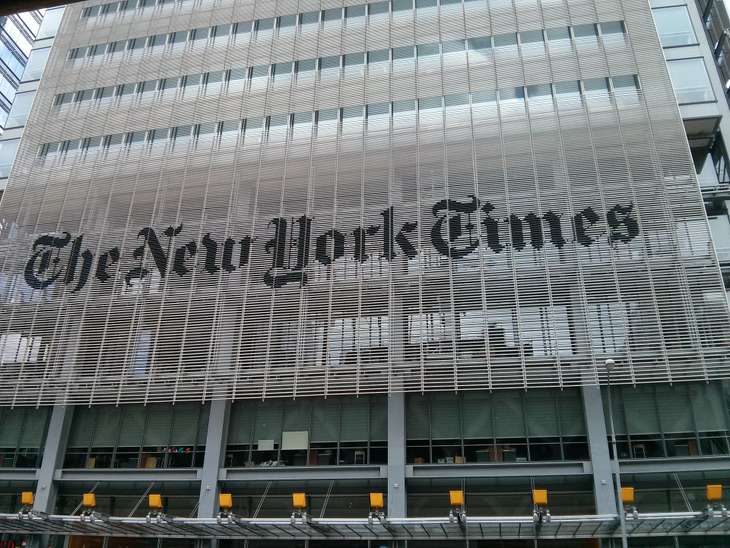 Well, now I’ve seen it all. The reliably left-wing rag known as the New York Times isn’t trying to sugarcoat the situation in Afghanistan and is blaming Joe Biden for what’s happening.

“The rapid reconquest of the capital, Kabul, by the Taliban after two decades of a staggeringly expensive, bloody effort to establish a secular government with functioning security forces in Afghanistan is, above all, unutterably tragic,” the editorial board wrote Sunday.

“The Biden administration was right to bring the war to a close,” they added. “Yet there was no need for it to end in such chaos, with so little forethought for all those who sacrificed so much in the hopes of a better Afghanistan.”

Good for them for seeing that.

“While the speed of the collapse of the Afghan government was shocking, the result should not have come as a surprise. This calamity cannot be laid alone at President Biden’s feet, but it is incumbent on the current administration to make right what has gone wrong with the withdrawal plans,” the editorial board continued. “The U.S. military is, if nothing else, a logistical superpower, and it should move heaven and earth and anything in between to rescue those people who have risked everything for a better future. Red tape shouldn’t stand between allies and salvation.”

The editorial board did try to spread blame around: George W. Bush got blamed for “launching the war” and for the canard that he shifted focus from Afghanistan to Iraq. Barack Obama got blamed for surging troop levels after promising to withdraw. And, of course, Trump got the blame for the peace deal with the Taliban that set a withdrawal date by last May. Apparently, they forgot that this withdrawal was conditional and that the Taliban broke those conditions.

The New York Times editorial board did their best to soften the criticism of Biden, saying the decision he made “took courage and wisdom,” but added, “Mr. Biden himself has been somewhat disingenuous in blaming Mr. Trump for his deal with the Taliban, which the president said ‘left the Taliban in the strongest position militarily since 2001.’”

Well, at least they admitted that.

“It has long been clear that an American withdrawal, however or whenever conducted, would leave the Taliban poised to seize control of Afghanistan once again,” they concluded. “The war needed to end. But the Biden administration could and should have taken more care to protect those who risked everything in pursuit of a different future, however illusory those dreams proved to be.”