Shenseea – a popular artist from Jamaica who is crossing over to the mainstream – followed this exact path. After releasing remixes and collaborating with popular artists (including Sean Paul and Christina Aguilera), Shenseea’s notoriety grew in Jamaica and across the world. In 2019, Shenseea signed with … Interscope Records. Shortly after, things got very … occult elite. 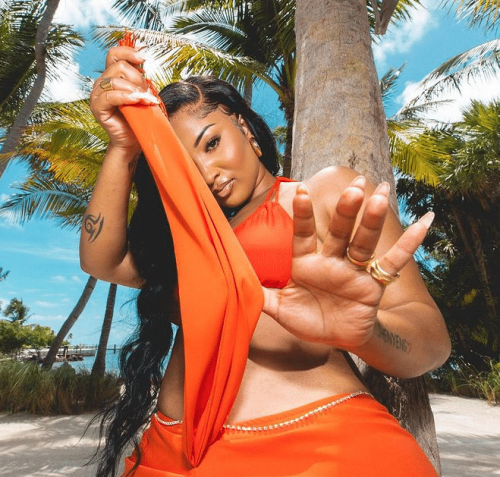 In a recent photoshoot, Shenseea makes an unmistakable one-eye sign.

A few months after signing with Interscope, Shenseea’s mother died unexpectedly, an event that was widely mediatized in Jamaica. While several artists showed her support, intense rumors circulated that Shenseea sacrificed her mother for fame.

A headline from Buzz Carrabean about Shenseea having to address the persistent rumors regarding blood sacrifice.

While these kinds of accusations are difficult to prove, Shenseea’s first video Run Run only added water to the mill. Why? Well, for starters, it depicts a ritual sacrifice to Satan himself. 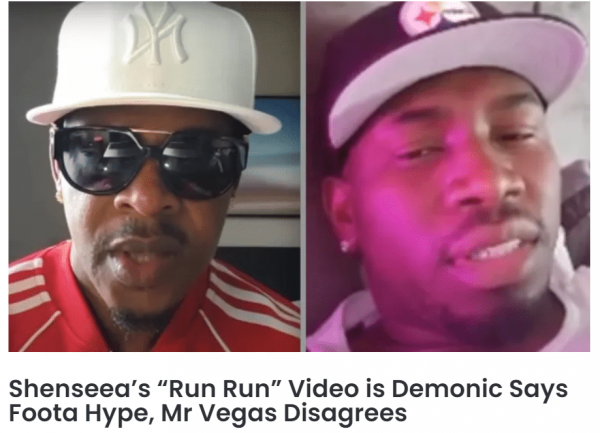 A headline from Yard Hype about artist Foota Hype claiming that Run Run is “demonic”.

A headline from Dancehall Mag about the backlash against the Run Run video.

A headline from Buzz Caribbean about producer Rvssian defending Shenseea from accusations claiming that she sold her soul.

As you can see, Shenseea has become a controversial figure in the dancehall community as some believe that she was “chosen” to infect it with the occult elite’s sickness. With that being said, is Run Run truly “demonic”? Let’s take a look.

Run Run was directed by one of the elite’s favorite directors: Christian Breslauer. His most recent videos are Lil Nas X’s Industry Baby and Bebe Rexha’s Sacrifice which is about a guy being tortured and sacrificed … while Rexha drinks blood.

In Run Run, Breslauer took a big innovative step by making the video about … a guy being tortured and sacrificed. There’s also lots of imagery that’s reminiscent of Lil Nas X’s Montero where he literally descends into hell.

In short, Run Run is not about “art”, it is about forcing the same exact imagery down the throats of people. Shenseea was simply chosen to bring that crap to Jamaica.

Like countless other songs released by pop stars in the past years, the lyrics of Run Run are about a guy who did something bad. And that justifies the vicious scenes of revenge we witness throughout the video.

While the lyrics of the song are about Shenseea running from a guy because he’s bad, the video depicts a reverse situation: The guy is running away from Shenseea … because she’s gone mad