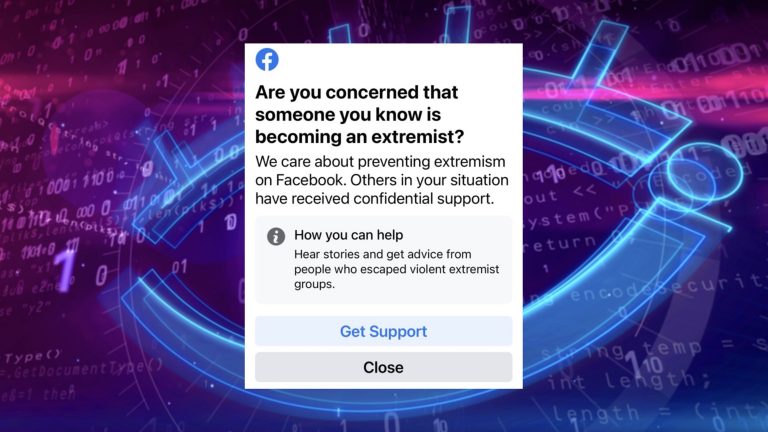 Tech giant Facebook has taken its invasive surveillance measures to shocking extremes with a set of new notifications that ask users whether they’re concerned about their friends “becoming an extremist” and warn users that they “may have been exposed to harmful extremist content.”

One of these notifications states:

“Are you concerned that someone you know is becoming an extremist?

We care about preventing extremism on Facebook. Others in your situation have received confidential support.

How you can help

Hear stories and get advice from people who escaped violent extremist groups.” 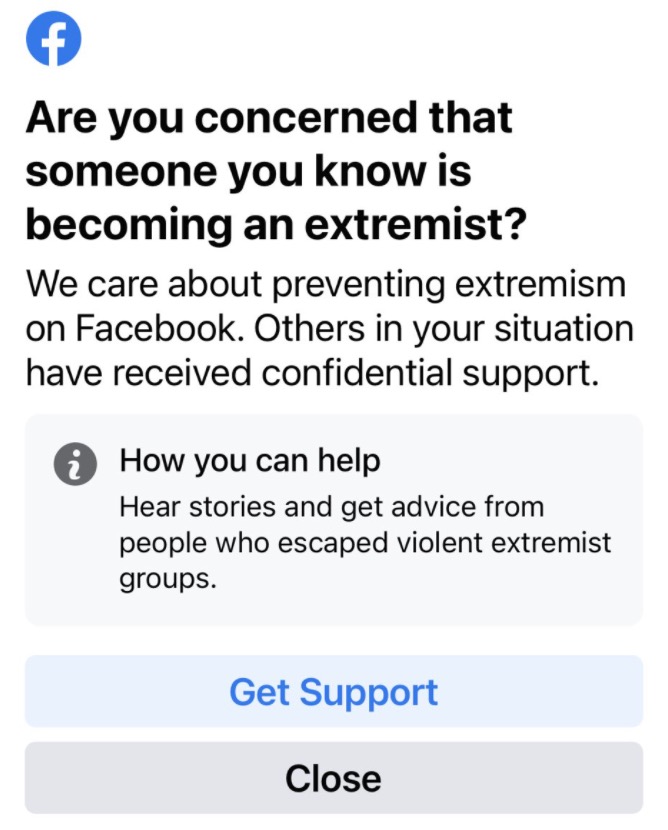 The other notification states:

“[Name], you may have been exposed to harmful extremist content recently

Violent groups try to manipulate your anger and disappointment. You can take action now to protect yourself and others.

Get support from experts

Spot the signs, understand the dangers of extremism and hear from people who escaped violent groups.” 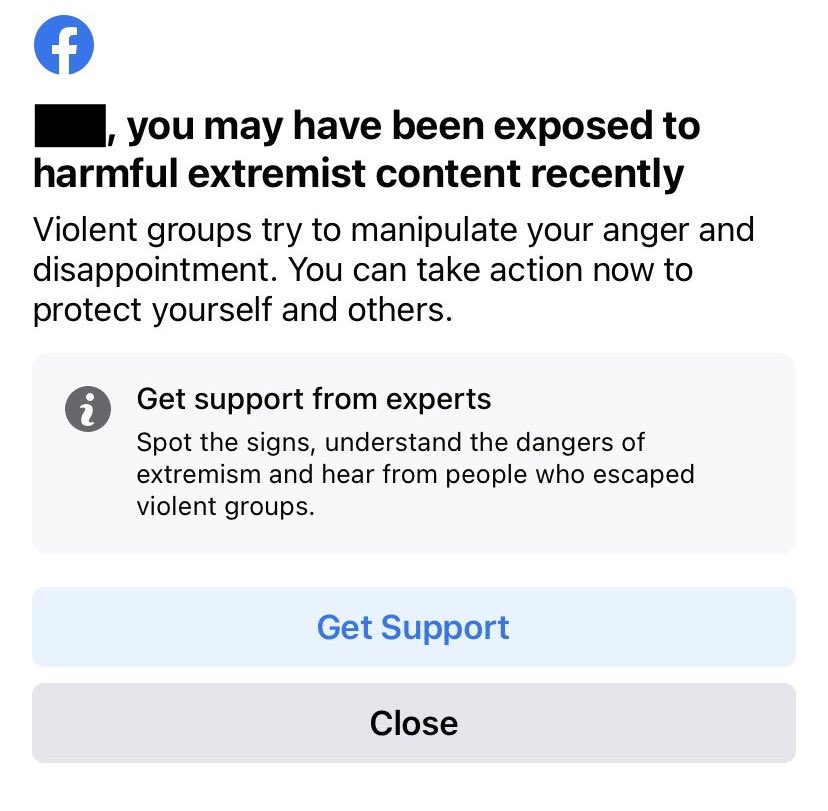 Pastor of East River Church Michael Foster opened the “Get Support” link after being presented with the “you may have been exposed to harmful extremist content recently” notification and documented the associated support page. 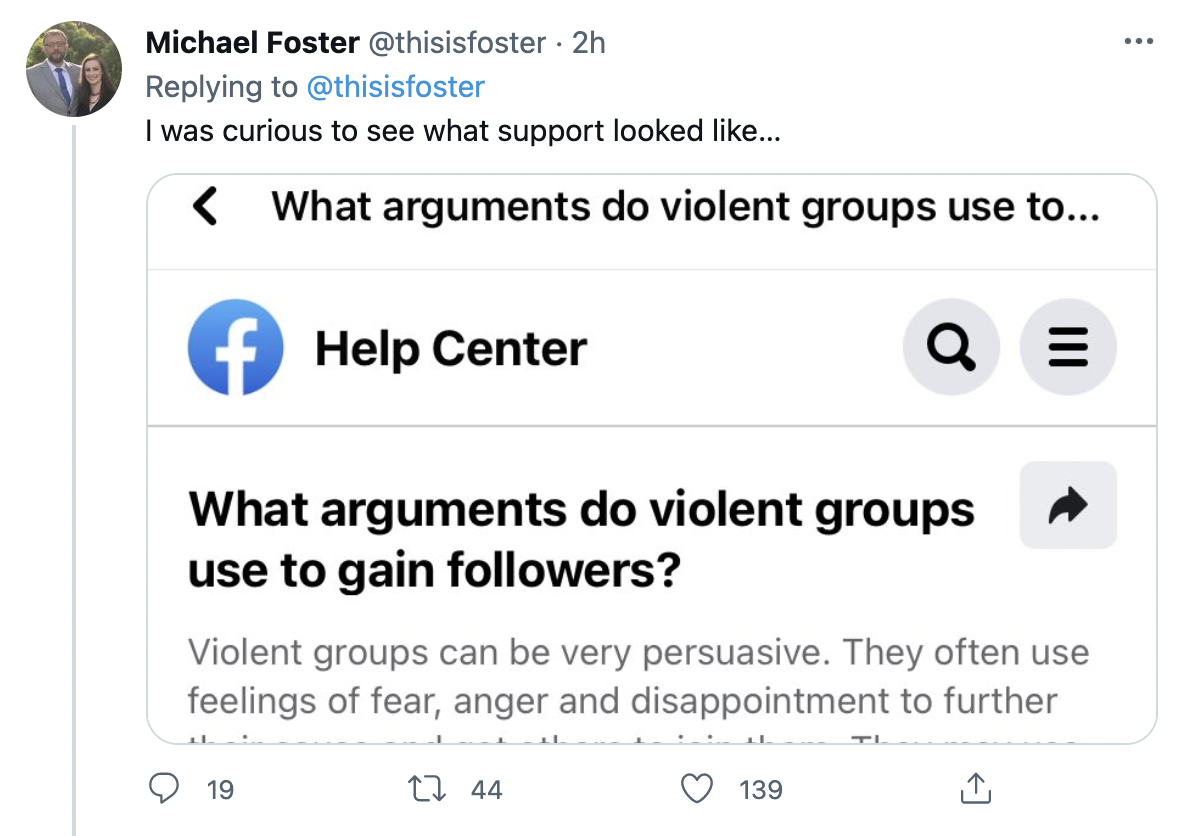 On this page, Facebook claims that violent groups use “fear, anger and disappointment to further their cause and get others to join them,” presents “common arguments” that it says are used by violent groups, and says “hateful statements” are “false and oversimplified.” 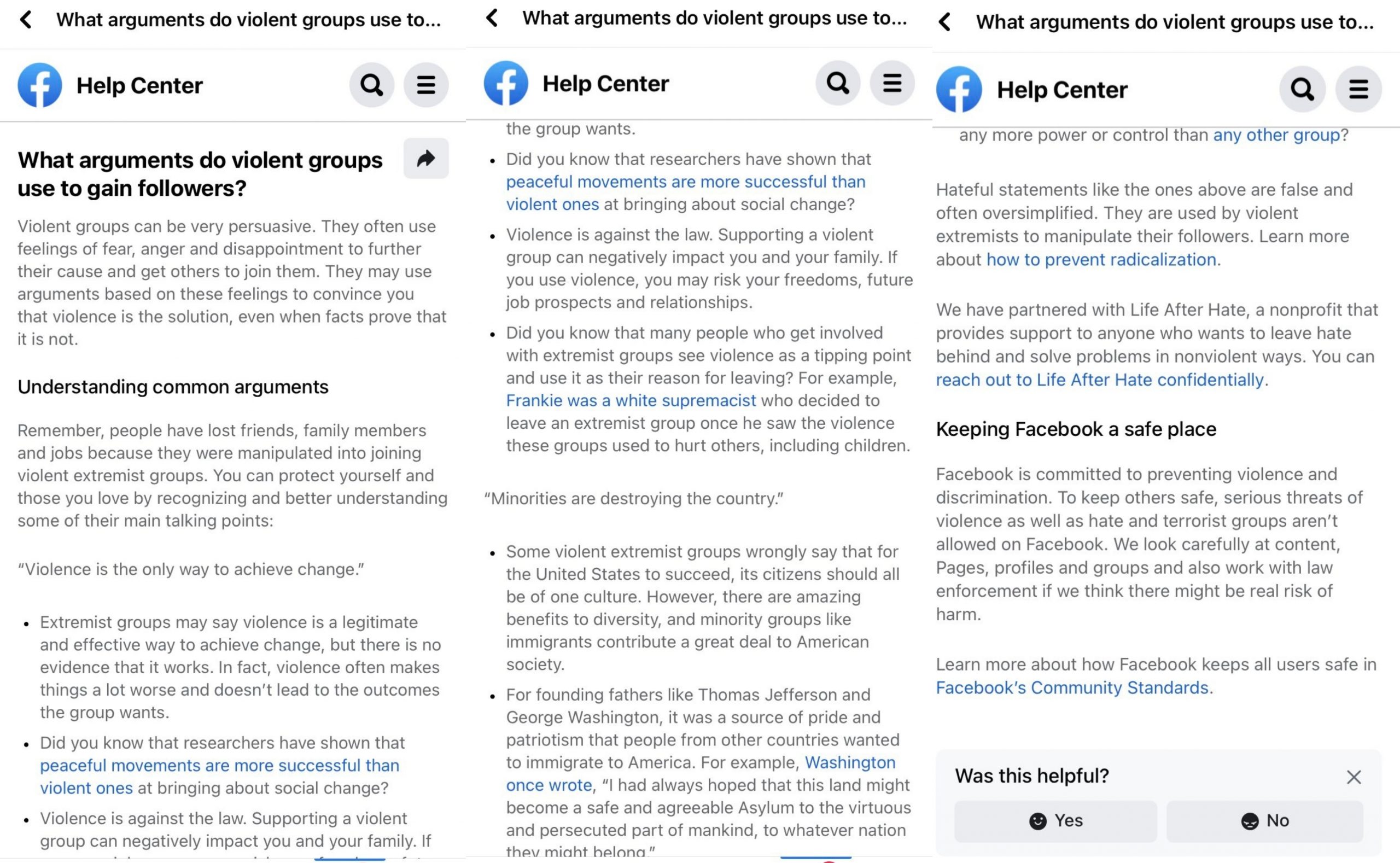 These notifications are the latest of many examples that demonstrate how Facebook uses its mass troves of data to surveil, influence, and censor its users.

Other examples include Facebook’s use of artificial intelligence (AI) to preemptively flag 97% of the “hate speech” on the platform, its internal “hate agents” lists which it uses to keep tabs on users, and its “Movement Maps” that give selected partners real-time snapshots of user movements.