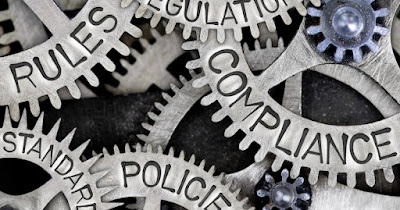 As wee see reports all showing the different ways Americans are vulnerable to a variety of circumstances that could, and has in some cases, already has affected their food supply, wallet, and/or food choices, we note one state in America is preparing for the possibility, or some would claim likelihood, that the government would start “creating roadblocks and restrictions to the people’s right to food.”

I was going to start with the latest reports about food shortages, warehouse strikes, truckers, etc…. all moving parts of the food chain supply system, but in my opinion, seeing that China is buying their way into the American system, by purchasing farm lands all over the nation, is not only a danger to those dependent on those particular farms for their food and livelihood, but is one of the biggest threats to our food chain to date.

Chinese firms have expanded their presence in American agriculture over the last decade by snapping up farmland and purchasing major agribusinesses, like pork processing giant Smithfield Foods. By the start of 2020, Chinese owners controlled about 192,000 agricultural acres in the U.S., worth $1.9 billion, including land used for farming, ranching and forestry, according to the Agriculture Department.

Those seeking more restrictions say USDA’s numbers actually understate the amount of foreign control over American ag operations. The data is based on a 1978 law directing foreign nationals to report their U.S. agricultural holdings to USDA — a requirement that can be difficult for the department to enforce.

For example, foreign investors can set up limited liability companies in the U.S. and designate an American owner to circumvent the reporting requirements while still controlling the operation behind the scenes, said Joe Maxwell, president of the progressive advocacy group Family Farm Action.

“It’s a massive undertaking to verify who really owns [the land],” Maxwell said. “These foreign interests are pretty smart. They use different business structures to further conceal it.”

The point here is no one really knows how much more land foreign entities, including China, truly owns of American farmland, and just how much Americans are already dependent on China for our produce and meats, grown right here in the U.S.

Just another reason why the populace needs to understand the importance of growing their own foods, whether Winter, Spring, Summer or Fall gardens, there are specific foods that can grow at particular times during the year.

Well go over that later in the article.

China aside, we see headlines like “Fred Meyer warehouse workers in Pacific NW prepare for strike,” or “Taco Bell’s menu hit by nationwide shortages of ingredients,” as food is already an issue for many households, prices continue to rise and new shortages, like chicken, bacon, pork products and beef, are being reported on almost weekly.

Another headline, although different countries, shows how fast food can become an issue to families, as they report “Desperate supermarkets hire more staff to beat the pingdemic: Iceland targets 2,000 temps to keep stores open as shelves empty across UK with meat, bottled water and ice cream in short supply.” 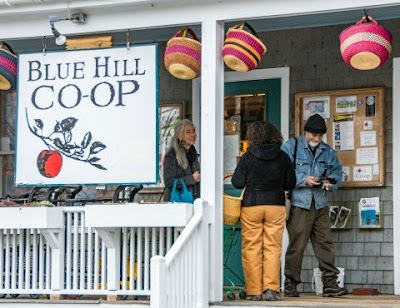 STATES PREPARE TO COUNTER A GOVERNMENT TAKEOVER OF FOOD SUPPLY

The Maine Legislature has approved, by a two-thirds margin, adding a question to the ballot for voters to decide if their constituents have the “fundamental right to grow and consume food for their own nourishment,” as reported by the Press Herald.

If the voters are in favor, then there would be a constitutional amendment added guaranteeing “All individuals have a natural, inherent and unalienable right to food, including the right to save and exchange seeds and the right to grow, raise, harvest, produce and consume the food of their own choosing for their own nourishment, sustenance, bodily health and well-being, as long as an individual does not commit trespassing, theft, poaching or other abuses of private property rights, public lands or natural resources in the harvesting, production or acquisition of food.”

One would think that type of right would be a given, yet Independent Media, and some states like Maine, understand the ease with which the government could strip that right on a federal level, and without state protections, those Americans would be helpless and completely dependent on the federal government.

One of the proponents for the constitutional amendment, offers his reasoning, shown below:

“Jumping ahead 25 or 50 years into the future, could we see our government creating roadblocks and restrictions to the people’s right to food?” Faulkingham wrote. “Will the government be telling people what they are allowed to eat and where they can grow it?”

I would say his comments about jumping ahead 25 or 50 years, is naïve after the way we saw power-hungry politicians ban the sale of gardening supplies during the lockdowns during COVID, calling them “non-essential” items.

Walmart and other big box stores in Vermont can still sell groceries, pharmaceuticals, animal feed and essential supplies, provided by online and telephone sales for delivery and curb-side pickup “to the extent possible,” according to an emergency order issued by Vermont Gov. Phil Scott.