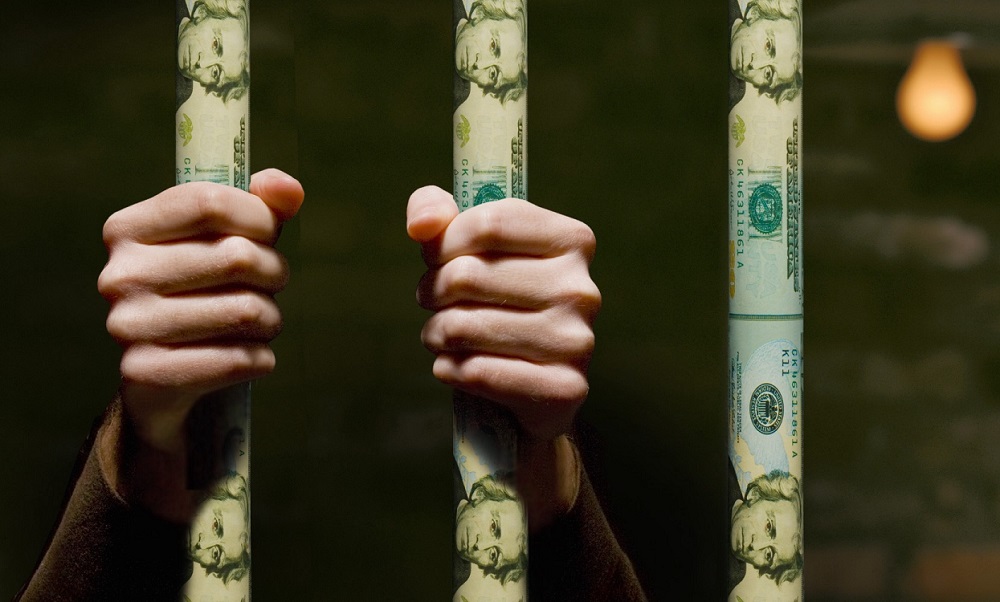 We all knew it was coming; the alternative economic media has been warning about it for years. Eventually, monetary intervention and bailout after bailout by central banks always leads to devaluation of the currency and inflation in prices. Helicopter money always ends in disaster and at no point in history has it ever produced positive long-term results for a society.

The federal reserve has generated trillions in fiat dollars over the course of a single year (on top of the tens of trillions created in the past decade), all in the name of offsetting deflation. This deflation was NOT caused by the pandemic, it was caused by the government response to the pandemic.  On top of that, the shutdowns of “non-essential businesses” and the lockdowns in general ended up being useless in slowing the spread of COVID-19.

All the information, all the facts and all the science supports the anti-lockdown crowd. Conservative run states that removed lockdowns and mandates months ago are seeing falling infection and death numbers and local businesses are on the mend. The problem is, government authorities don’t seem to care about this. It appears that their intention is to double down and continue demanding restrictions stay in place for the long haul.

In other words, they are going to FIND an excuse to keep the mandates going. If no reason exists, they will create a reason. Consider for a moment the fact that COVID-19 is mutating constantly, and like any other virus there are new strains that pop up every year. Just as we have a seasonal flu, we will probably now have seasonal COVID.

Since viruses also tend to evolve into less deadly forms of their original iteration it is unlikely that new COVID mutations will be any more dangerous than they were in the past. But each new strain creates a new rationale for the federal government to proclaim a national emergency and possibly enforce new lockdowns.

This puts a lot of state governments in a difficult position. If they ever shut down again simply because federal authorities demand it, they will be angering their citizens and harming their region’s cash flow and production. Small businesses will go bankrupt by the thousands and the public will be on the verge of rebellion.

On the other hand, if states defy the federal government (many are already passing laws blocking draconian vaccine passports), there is a good chance that the feds will respond by cutting off taxpayer funds and stimulus dollars to those states. With the combined threats of price inflation and federal financial retaliation, some states may cave and submit to more lockdowns or other mandates. And, by extension, their economies will begin to die once again.

It’s a Catch-22, but it doesn’t have to be this way. There are measures that states and communities can take to diminish inflation and reduce dependency on federal dollars at the same time.

The most important action states and counties can pursue in my view is taking back control of resource management within their own borders. For decades the federal government through agencies like the EPA and the Bureau of Land Management have dictated how states can utilize natural resources. Entire industries have faded in the U.S. because of this, whether it be oil production, coal production, steel production, lumber production, etc.

If the federal government tries to punish states that refuse to comply with fiscally damaging pandemic restrictions by taking away stimulus payments and tax dollars, those states should reclaim control of their resources and ignore federal agencies. They should also take away federally controlled lands within their borders to make up for the loss of tax dollars. It’s only fair.

With resource production back in the hands of the states and their local businesses, these economies will have a chance to become more independent and the need for federal money will diminish.

Aggressive taxation along with overpowered labor unions have made manufacturing businesses difficult to maintain in the U.S., but states have the power to change this.

If we define price inflation as too many dollars chasing too few goods (I realize this is only one aspect of inflation, but it is important), then increased production of raw materials and manufactured goods should help to decrease inflation pressures. Why is production in the U.S. continuing to stagnate when it should be quickly expanding?

Many of the products Americans purchase are made overseas, and with continued dollar devaluation, this means that prices will keep rising. A weaker dollar translates to higher costs in exchange for foreign made goods. So, why not make those goods here?

Availability reduces price increases, localized manufacturing reduces dependency on foreign goods and increases employment. But how can states bring manufacturing back?  I suspect it is more simple than many economists realize: Just offer protection from federal taxation to any manufacturer that is willing to open up shop within your state. If the government is going to try to punish you anyway just for refusing to comply with pandemic rules, then you might as well take it to the next level and punish the government back.

This should create ample incentive for new businesses in particular to start production within certain states as profits would be MUCH higher. Their ability to compete with major corporations (which get unlimited special treatment from the federal government through stimulus measures) would also grow.

While labor and wages are a sensitive issue, the market, if left to flow naturally, will determine what fair wages and fair prices should be. That said, in the midst of a monetary crisis such as hyperinflation or stagflation, the most likely response by the federal government would be price controls as well as wage controls and rationing of goods. The last vestiges of the free market would be eradicated.

As long as states rely on the dollar, and the dollar’s value is determined by the whims of central bankers that do not actually answer to the public, there is no way to fight inflationary damage. However, if states were to offer an alternative currency or scrip that was NOT fiat, that was backed by a tangible resource or commodity that helps to limit money creation, then they could save themselves.

Such a move would have to be undertaken by a state-run bank, much like the bank that North Dakota utilizes to aid industry and agriculture. As long as issuance of the currency is backed by a commodity or precious metal like gold (or with inherent intrinsic value like the Morgan silver dollar). A backed currency’s value would be preserved even as the dollar sinks. Commodity-backed currencies would flourish as citizens and investors (even international investors) search for safe havens.

Essentially, states and communities would be decentralizing their economies so they are no longer slaves to the demands of people that answer to no one and do not have our best interests at heart.