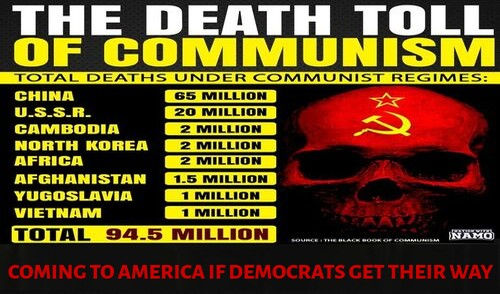 And while Deagel could be down for a major re-design of their website, to pop up again at some point in time in the future, as Carrie mentioned in her email to us, she thought it very odd that they’d go down for any kind of maintenance again so soon after they totally removed their 2025 forecast and their alarming note which warned of nuclear war in our futures.

And this total removal of Deagel came soon after an expose about them on Doug Casey’s International Man that went viral, an expose in which Casey called Deagel’s forecast “the biggest thing in the world” for their massive depopulation prediction for America and Western Europe.

With Deagel’s sources absolutely the ‘deep state’ as we see in the screenshot below from their website before it was totally removed, with agencies such as the CIA, the US State Department, the US Department of Defense, the World Bank, the European Union and others as their ‘sources’, did Casey’s viral expose about Deagel’s absolutely bizarre forecasts of a greatly ‘depopulated’ Western world by the year 2025 lead to their removal? From Casey’s expose on Deagel before we continue.:

Doug Casey: I’ve got to say that I wasn’t familiar with Deagel—it keeps a low profile. Deagel is in the same business as Jane’s—which has been in the business of analyzing weapons systems for many decades.

A look at the Deagel website, which is quite sophisticated, makes it clear we’re not dealing with some blogger concocting outrageous clickbait. It seems to be well-connected with defense contractors and government agencies like the CIA.

They’ve predicted that about 70% of the US population, and about the same percentage in Europe, is going to disappear by 2025. It’s hard to believe that anybody in their position would make a forecast like that. There’s no logical business reason for it, especially since it was done before the COVID hysteria gripped the world. It stretches a reader’s credulity.

Could it possibly happen? It would be the biggest thing in world history.

With Deagel called ‘America’s most secret intelligence agency’ a hint at why most Americans didn’t even know that Deagel existed, as we’d reported on ANP back on October 17th of 2020 in this story titled “Deagel Warns A Dangerous New Trend Is Taking Place That Will Overshadow The Coming Election, Covid-19 And The Democrat-Inspired Social Chaos Across America”, in a mysterious note that they had left on their website back then, “The most likely major event of the 2020’s could leave billions of casualties’“.

Also warning within that note that the Western world had been built upon lies, we’ve gone ahead and republished it here as it was the last full communication that we’ve gotten from a very ‘linked in’ website that used the ‘deep state’ as their sources.

In 2014 we published a disclaimer about the forecast. In six years the scenario has changed dramatically. This new disclaimer is meant to single out the situation from 2020 onwards.

Talking about the United States and the European Union as separated entities no longer makes sense. Both are the Western block, keep printing money and will share the same fate.

After COVID we can draw two major conclusions:

1) The Western world success model has been built over societies with no resilience that can barely withstand any hardship, even a low intensity one. It was assumed but we got the full confirmation beyond any doubt.

2) The COVID crisis will be used to extend the life of this dying economic system through the so called Great Reset.

The Great Reset; like the climate change, extinction rebellion, planetary crisis, green revolution, shale oil (…) hoaxes promoted by the system; is another attempt to slow down dramatically the consumption of natural resources and therefore extend the lifetime of the current system. It can be effective for awhile but finally won’t address the bottom-line problem and will only delay the inevitable.

The core ruling elites hope to stay in power which is in effect the only thing that really worries them.

The collapse of the Western financial system – and ultimately the Western civilization – has been the major driver in the forecast along with a confluence of crisis with a devastating outcome.

As COVID has proven Western societies embracing multiculturalism and extreme liberalism are unable to deal with any real hardship. The Spanish flu one century ago represented the death of 40-50 million people. Today the world’s population is four times greater with air travel in full swing which is by definition a super spreader. The death casualties in today’s World would represent 160 to 200 million in relative terms but more likely 300-400 million taking into consideration the air travel factor that did not exist one century ago. So far, COVID death toll is roughly 1 million people.

It is quite likely that the economic crisis due to the lockdowns will cause more deaths than the virus worldwide.

The Soviet system was less able to deliver goodies to the people than the Western one. Nevertheless Soviet society was more compact and resilient under an authoritarian regime. That in mind, the collapse of the Soviet system wiped out 10 percent of the population. The stark reality of diverse and multicultural Western societies is that a collapse will have a toll of 50 to 80 percent depending on several factors but in general terms the most diverse, multicultural, indebted and wealthy (highest standard of living) will suffer the highest toll.

However a new trend is taking place overshadowing this one. The situation between the three great powers has changed dramatically.

Then warning of the possibility of a major war in the 2020’s that could lead to BILLIONS of casualties around the world, we find it alarming that a website which has been called by some ‘a secretive intelligence agency’ that was warning about the globalists sinister agenda has suddenly been ‘ghosted’.:

Russia has been preparing for a major war since 2008 and China has been increasing her military capabilities for the last 20 years. Today China is not a second tier power compared with the United States. Both in military and economic terms China is at the same level and in some specific areas are far ahead.

Six years ago the likelihood of a major war was tiny. Since then it has grown steadily and dramatically and today is by far the most likely major event in the 2020s. The ultimate conflict can come from two ways. A conventional conflict involving at least two major powers that escalates into an open nuclear war. A second scenario is possible in the 2025-2030 timeframe.

If there is not a dramatic change of course the world is going to witness the first nuclear war. The Western block collapse may come before, during or after the war. It does not matter. A nuclear war is a game with billions of casualties and the collapse plays in the hundreds of millions.

(ANP NEEDS YOUR HELP: Donations and ad revenue are all that keep ANP online, so please consider donating to ANP to help keep us in this fight for America’s future at this critical time in US history. With ‘slow-Joe’ Biden occupying the White House, and at a time of systematic, ‘big tech’ censorship and widespread Democrat corruption, truthful media and alternative views are crucial.)

And as we had reported on ANP back in 2015 and numerous times since, one of the most alarming features of the Deagel Report was their forecast of massive depopulation for not only America but the entire ‘Western world‘ by 2025.

Almost as if they knew the globalists plans to bring in illegal immigrants to all Western nations as a  ‘replacement population’ for Americans and Western Europeans ‘growing older’, the globalists war upon the Western world could been seen in Deagel’s 2025 forecast. The following excerpt comes to us from this April 22nd of 2015 ANP story.

Deagel themselves warned of a ‘catastrophic die-off’ in the US.:

The collapse of the Western financial system will wipe out the standard of living of its population while ending ponzi schemes such as the stock exchange and the pension funds. The population will be hit so badly by a full array of bubbles and ponzi schemes that the migration engine will start to work in reverse accelerating itself due to ripple effects thus leading to the demise of the States.

This unseen situation for the States will develop itself in a cascade pattern with unprecedented and devastating effects for the economy. Nevertheless the death toll will be horrible. Never in human history were so many elders among the population. In past centuries people were lucky to get to their 30s or 40s. The American downfall is set to be far worse than the Soviet Union’s one. A confluence of crisis with a devastating result.