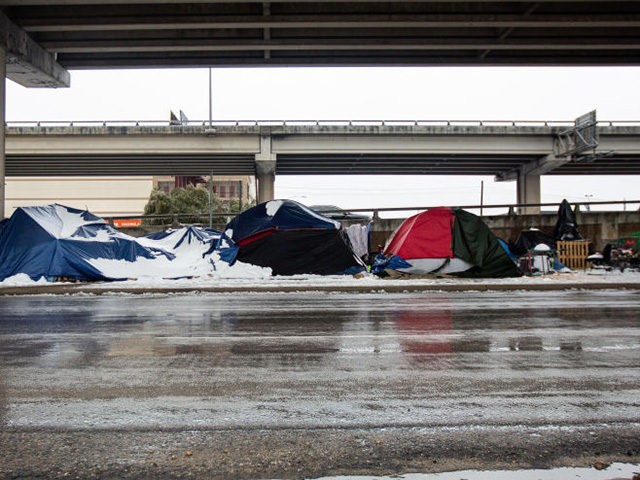 Voters in Austin, Texas, adopted a proposition during Saturday’s elections to reinstate a ban on camping in certain public areas, a win for those seeking to address the city’s homeless who are living in tents along the streets.

The ballot measure, known as Proposition B, passed 57 percent to 43 percent, according to election results.

It includes a ban on “sitting or lying down on a public sidewalk or sleeping outdoors in and near the Downtown area and the area around the University of Texas campus,” certain types of solicitation, and “camping in any public area not designated by the Parks and Recreation Department.”

The group that petitioned to add the proposition to the ballot, Save Austin Now, celebrated its victory Saturday night. Cofounder Matt Mackowiak stated on social media, “Tonight’s decisive win for @saveaustinnow is a clear message to @MayorAdler and @GregCasar that a majority of Austinites will no longer tolerate failed policies that harm standard of living.”

The group had been making its case against deregulation of public camping and solicitation while it fundraised and collected petition signatures, and published a video of examples in April to illustrate its issue:

“Every day, Austinites are suffering from the free-for-all associated with the City’s deregulation of all public camping and aggressive panhandling,” Save Austin Now’s website states. “Crime has skyrocketed 43%. We’re on track for more murders this year than in the last 3 years combined. Lawlessness is not helping the homeless and it’s not helping Austin.”

Ben & Jerry’s, which often engages in political activism, wrote on social media prior to the vote, “We’ll never police our way out of the homelessness crisis”: