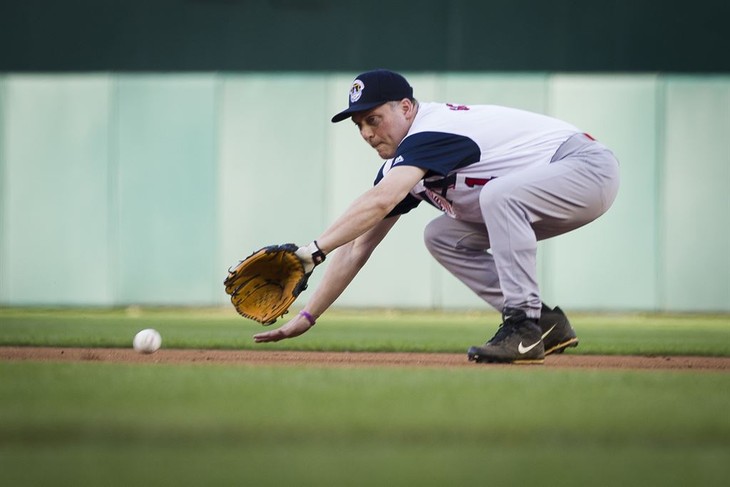 “I was there in Alexandria, Virginia, on the morning of June 14, 2017, when a shooter attacked Republican members of Congress practicing for a charity baseball game,” Wenstrup began in a hearing on Thursday. “We know from [the shooter’s] social media posts that he hated Republicans and that he hated President Trump. He loved Bernie Sanders and he held left-wing beliefs. We know he carried in his pocket that day a target list with names of Republican congressmen… that included their physical descriptions.”

The shooter also reportedly asked a congressman whether those practicing on the field were Republicans or Democrats. He fired 136 rounds at those on the field, after confirming that they were Republicans. Wenstrup briefly listed a few of the key facts that “by the grace of God” enabled the Capitol Police to take down the shooter before he could kill any congressmen. Even so, Scalise barely survived with his life.

Wenstrup described the shooting as an attempted “insurrection.”

“Trapped in a field would have been 20 to 30 Republicans assassinated, and the attacker may have believed that he could change the balance of power in the U.S. House of Representatives in one morning,” the congressman added.

He noted that the FBI did not call any of the congressmen as witnesses about the shooting, but “on November 16, 2017, FBI agents briefed those of us that were on the field that day… Much to our shock that day, the FBI concluded that this was a case of the attacker seeking ‘suicide by cop.’”

“Director, if you want suicide by cop, you just pull a gun on a cop. It doesn’t take 136 rounds. It takes one bullet,” Wenstrup noted. “Both the [Department of Homeland Security] and the [Office of the Director of National Intelligence] published products labeling this attack as a domestic violent extremism event, specifically targeting Republican members of Congress. The FBI did not. The FBI still has not.”

“On November 18, 2019, I went over to the FBI to discuss this conclusion. Although the agents were not part of that investigation, they did not agree that this was suicide by cop. And it’s my firsthand opinion that this was an attempted assassination of many Republican members of Congress.”

Recommended: 17 Miracles That Saved the Life of Steve Scalise at the Congressional Baseball Game Shooting

Wenstrup sent a letter to the FBI demanding an investigation into the 2017 shooting and demanding answers about who categorized the shooting as an attempt at “suicide by cop.”

Ever since the truth came out regarding the FBI’s investigation into Donald Trump and Russia during the 2016 election, conservatives have rightly questioned the integrity of the FBI. This incident suggests that in the summer of 2017, FBI investigators were so blinded by bias that they ignored the truth right under their noses and buried the shooter’s clear motives.