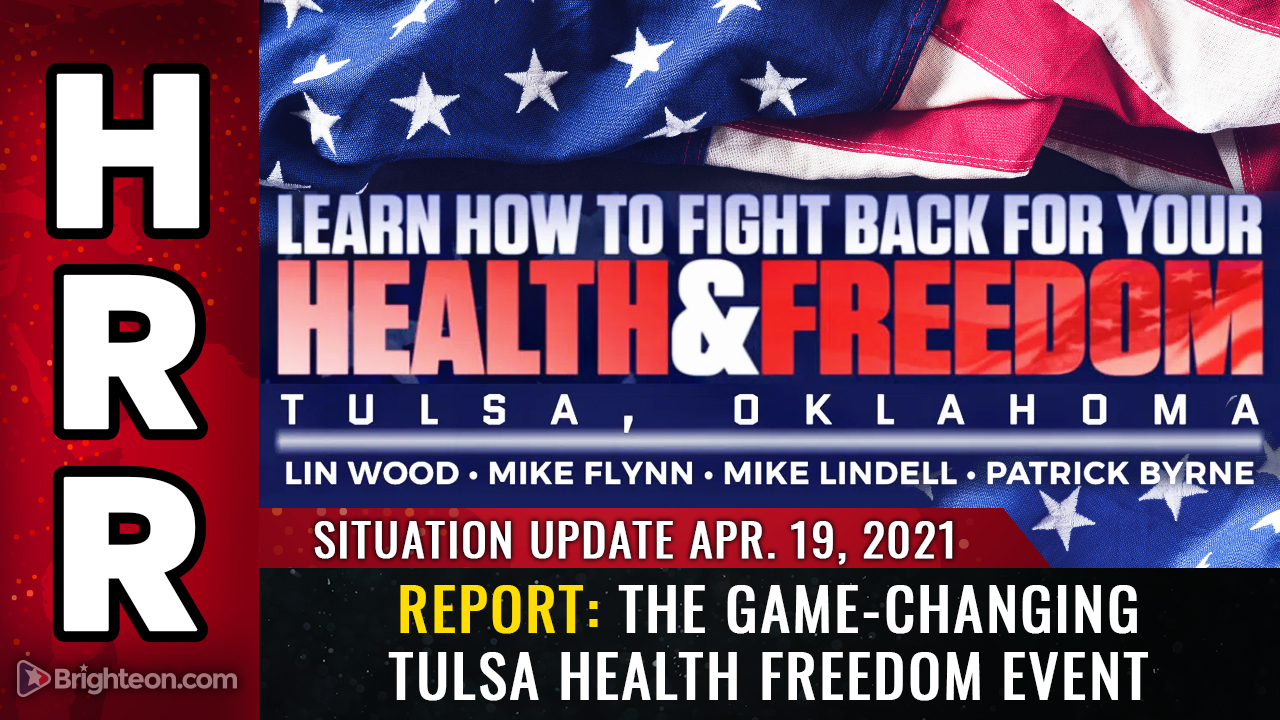 As you probably know by now, the world was astounded by a groundbreaking Health and Freedom event that took place in Tulsa, Oklahoma this last weekend thanks to Clay Clark from ThriveTimeShow.com (the organizer of the event). Featuring speakers like Lin Wood, Gen. Michael Flynn, Mike Lindell and many others, the event was live streamed on Brighteon.com to 329,000 viewers, and millions more watched on other platforms.

This article is intended to bring you videos and podcasts about the event while informing you of what else will be posted all this week (there’s a lot yet to come).

First, the streaming of the event worked very well for those who have high bandwidth situations, but for low-bandwidth users, the streaming was intermittent. We are improving the multi-bitrate transcoding of the streaming engine to alleviate this for future streams, and in the mean time, we are posting the individual videos of each speaker at the event. These will be posted on the Health Ranger Report channel on Brighteon.com, beginning probably tomorrow:

In addition, we will be posting all the interviews I conducted there with remarkable leaders who talked with me privately, behind the stage. We had a recording room set up for this and were able to get amazing interviews with all the following people (listed alphabetically):

Sidney Powell was scheduled to be at the event but had to cancel at the last minute and ended up connecting via remote video, so I wasn’t able to schedule an interview with her. In addition, we are scheduling at least another dozen interviews with people we met at the show who we didn’t have time to interview while we were there.

In addition, I’ve recorded and posted two podcasts so far that cover the Tulsa events in great detail. Here’s the first one, which is today’s Situation Update podcast for April 19th:

And here’s a second podcast, in which I offered a “behind-the-scenes” look at the event and some of the really funny, hilarious things that happened off stage (and also some profound lessons from God, it turns out…)