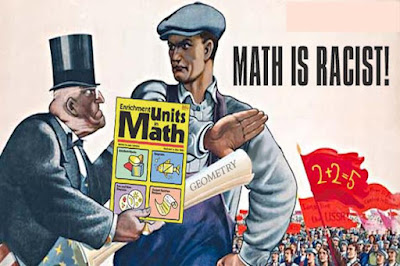 Over the years we have seen so many different things, words, actions and practices deemed “racist” by liberals, such as “milk,” peanut butter and jelly sandwiches, hair styles (if you are white and wearing them), jewelry, etc…..

Liberals seem to think almost anything is racist as long as it is a white person saying, doing, or wearing it, and that includes white liberals that are more than willing to bow down to the philosophy of “being born white is to be born a racist.”

Seriously, how much does one have to hate themselves to bow down and claim guilt for every bad thing someone else has done in the past to the black community?

Let us also address the flip side of that coin, how do black liberals justify acting like victims because their ancestors were slaves?

That though, is a whole other story because the focus here is the astounding amount of self hatred white liberals have for themselves and the amount of white hate from the left.

Self-Hatred: The video below is older, but shows clearly how indoctrinated into the “all whites are racist” philosophy, or “white guilt,” (the feeling of being guilty just for being born white), as a white couple bows down to kiss the boots of multiple black supremacists.

I’ll start with the first article seen a couple of days ago, where billionaire couple Bill and Melinda Gates are bankrolling a group that believes “math is racist,” as is having to show your work and how you got to your answer, and insisting the answer be correct is also racist.

Also, my favorites…  math is different for people of color and teaching a student the correct way to obtain a mathematical answer is reinforcing white supremacy.

A core belief of the toolkit is that students of color interpret and use math differently than white students. If you teach students of color the “right” way to do math, you are reinforcing white supremacy culture.

“It allows the defensiveness of Western mathematics to prevail, without addressing underlying causes of why certain groups of students are ‘underperforming,’ a characterization that should also be interrogated,” the text warns. “It also presupposes that ‘good’ math teaching is about a Eurocentric type of mathematics, devoid of cultural ways of being.”

Ironically, the text itself is wildly racist. It treats all minority students as somehow inferior to white students, claiming they’re not capable of understanding the correct way to learn math.

Let’s just lump it all together and say “education” is racist and be done with this nonsense. 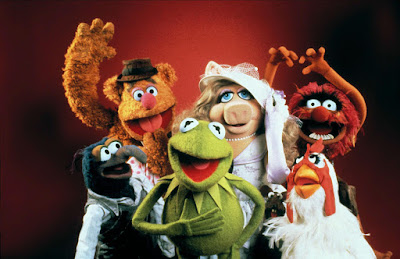 THE MUPPETS ARE NOW CONSIDERED RACIST

Disney’s long running children’s show, “The Muppets,” is now labeled as racist, with a warning about “offensive content,” and can now only be seen using an adult account.

Oh, did I mention The Muppets is a children’s show!

Viewers are greeted with the disclaimer: ‘This programme includes negative depictions and/or mistreatment of people or cultures. These stereotypes were wrong then and are wrong now.

‘Rather than remove this content, we want to acknowledge its harmful impact, learn from it and spark conversation to create a more inclusive future together.’

The warning is believed to refer to Muppet characters designed as stereotypes of Native Americans, Arabs and East Asians.

In another episode, the singer Johnny Cash plays on a stage adorned with the Confederate flag.

Some episodes of the show, which was first broadcast 45 years ago, have disappeared entirely from British screens.

Other family films to carry the warning include ‘Dumbo,’ ‘Peter Pan’ and ‘Swiss Family Robinson.’

Everything is so stupid these days.

I would like to point out that Disney has been promoting homosexuality in children’s shows, without thought to how “offensive” that is to those that practice religion. I also do not remember them labeling those, nor forcing children to use their parents accounts in order to see those shows.

Yesterday we ran across a piece linked by Steve Quayle, at PJ Media, titled “Our Descent Into Collective Madness,” to which considering the lunacy being noted on the part of the liberal thought/action/idea police, I call “liberal insanity.”

In that piece it discusses all the different major issues facing Americans today and what is…. and is not, being done about them and is well worth the read.