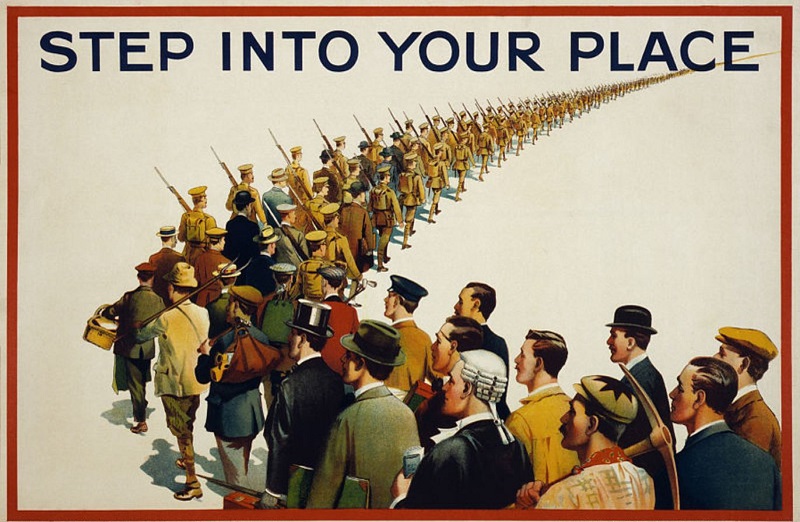 This past year in numerous countries the public is being bombarded with lessons in power and control that have been forgotten for generations. I think the majority of westerners in particular have long believed themselves “safe” from totalitarian government, from collectivist micro-management and from communistic cultism. They thought we had moved beyond the nightmares of the 20th century. They thought that the “new world” was going to be more Utopian, and that freedom would grace us naturally along with technological progress.

Sure, in the back of everyone’s subconscious there is the fear that the good times are an illusion and that dystopia is just behind a thin veneer of economic stability and false optimism, but most people do not really think such catastrophes will happen in their lifetime. We are now in the midst of a deliberately over-hyped pandemic, strict national lockdowns, civil unrest, riots, aggressive tech censorship, intrusive government censorship, unprecedented corporate and treasury debt, stagflationary central bank stimulus and the collapse of massive financial bubbles. Yet, I still don’t get the impression that many in the public really grasp the extent of the danger; they still believe that the situation is going to heal itself without any effort or much sacrifice on their part.

This is the first lesson of power: Entire societies can be easily influenced when they suffer from delusions that the bad times will be fleeting, and that governments will keep them safe no matter what.

It is a historically proven pattern that governments tend to CREATE problems instead of solving them, and this is because the power dynamic of government never changes. The politicians we “vote” for are not in control, rather, the elites who fund their campaigns and who permeate their cabinets are in control. Political representatives come and go, but the establishment elites never leave. Therefore, the problems our society faces will remain; they are a direct result of the subversive and perpetual power structure that serves the interest of a select minority rather than the public. The decline of our society into tyranny will not stop until this power structure and the people behind it are erased.

This would actually be a simple thing to achieve if enough people were to accept the truth and take action. The elites, the globalists, the establishment, the “new world order”, whatever you want to call this organization of power mongers, is but a collection of mostly weak and feeble psychopaths and parasites. They are completely out in the open; they proudly proclaim their affiliations and intentions on a regular basis through their host institutions, from the Council on Foreign Relations to Tavistock to Bilderberg to the World Economic Forum, the IMF, the Bank for International Settlements, the Ford Foundation, the Rockefeller Foundation, the Open Society Foundation, etc. There is very little that is hidden about these people anymore.

But, it is also a sad reality that most people have to hit rock bottom before they embrace the idea that they cannot rely on the corrupt system to save them from harm. And as long as they continue to have blind faith that the system will self correct, they will never act. The elites operate in the open with impunity because they know that human beings are more likely to seek out help from the system than they are to fix a problem for themselves. If someone was to switch off that single mass fantasy, the elites would be gone tomorrow.

The second lesson of power is that perception of consent creates legitimate consent. To put it another way – When people believe that their peers and neighbors have accepted a certain level of tyranny, they too will often accept it so that they don’t stand out or draw attention to themselves as “aberrant”. People seeking power only need to create the illusion of mass consent. Even when the majority of people are against them, the perception of compliance can sometimes overwhelm logic.

Control is usually achieved passively without force. Sometimes you don’t even need the threat of force; sometimes you only need to inspire a fear of standing out among the crowd.

For example, the pandemic has been used the past six months as a tool for creating such a narrative. Mask wearing “rules” are particularly insidious as they conjure illusions of compliance and submission. “Everyone” is wearing a mask, therefore everyone must support medical tyranny. Mask wearing is a complete farce when it comes to the actual science of virology and viral spread. The CDC still does not recommend cloth masks to their own employees and only allows them to use N95 filtered masks. A recent and censored Danish study confirms the reality that masks are mostly useless.

Strictly enforced cloth mask rules have done nothing to stop renewed spikes in infections in multiple countries and US states. The fact that in many places masks are required OUTDOORS despite endless scientific evidence showing that UV light and open air kills microorganisms including viruses shows that the lockdown response has nothing to do with science or saving lives. It is about control.

We can take all logical factors into account, but, for a lot of people, if they see others wearing masks they too will wear a mask simply because they are afraid to be judged by what they perceive to be the majority. The reality is that a majority of people are wearing the masks grudgingly, and they would take them off tomorrow if they knew other people would do the same.

This is why the mainstream media pushes mask wearing propaganda everyday, 24/7. News journalists stand on street corners or in open air parks and wear masks on camera. Politicians wear masks even when on camera in their own homes. Celebrities and companies try to sell the idea that mask wearing is “cool”. Hey, if you don’t wear a mask you could be putting hundreds or thousands of other people at risk and killing their grandmas, right?

The masks do nothing. They achieve nothing in terms of stopping the virus spread or saving lives. This is a fact made obvious by the very infection numbers the establishment holds up as a rationale for the masks. But if the establishment elites through propaganda can convince you to wear a mask everyday, then this opens the door to them dictating many other aspects of your life. The masks are just a gateway into more destructive mandates.

The solution to this type of tyranny is to stop caring what other people think, especially when the facts are on your side. In the town where I live, the vast majority of people have said no to the mask restrictions. If someone wants to wear a mask because they believe it will protect them, that’s fine. But, no one is going to tell us we have to wear them “for our own good”. That said, even if I was the ONLY person not wearing a mask around town, I would not care if it bothered others. Your credo has to be “try and force me to wear a mask, and watch what happens…”

The third lesson of power is that force only leads to control if you respond with submission. A group of people can beat you or even kill you, but they can’t force you to comply if you do not fear for your own life.