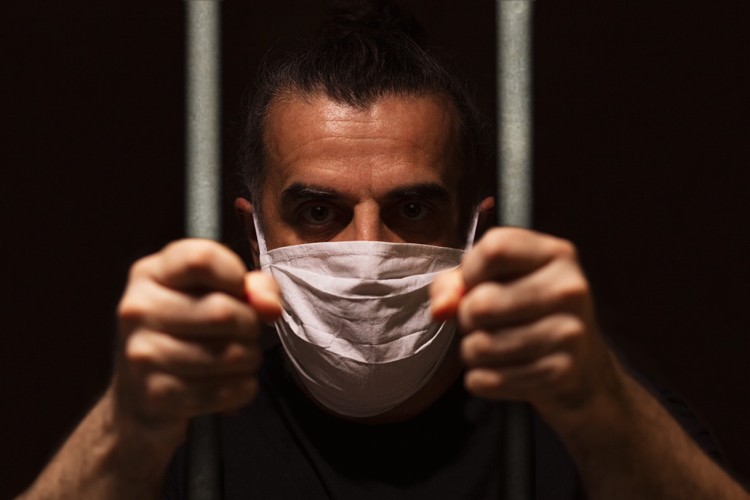 The police state is here, and it’s wearing a face mask.

Marylanders are now being subjected to “high-visibility compliance units,” combined units of state troopers and local police officers who have been charged with ensuring that businesses, bars, and restaurants are complying with capacity levels, mask-wearing, and social distancing.

The compliance unit went into force this week right in time for Thanksgiving. Violators could be punished and forced to close down.

“We don’t look to shut down places immediately, and in some areas of the state, we will have the health department with us; however, again, it is about educating, see if we can get that business into compliance,” said Maryland State Police Sgt. Travis Nelson said.

The new effort is based on models already being implemented in Baltimore and Frederick counties. The Baltimore County Social Distancing Task Force has become the model for Governor Larry Hogan’s statewide high-visibility compliance units.

Nelson said the unit will be looking for “those planning to have large, large gatherings — I’m talking hundreds of people — into crowds of bars and restaurants and other private parties, where they are selling tickets and renting private commercial space. We are getting information that they are renting warehouses.”

The units are reportedly not going after individuals, but rather large event organizers and places. “The intent is really to find the major violators of these public health orders,” Nelson said.

“If somebody is intentionally violating the orders, we are going to give them a written notice that says this is what you have to do if you want to stay open,” Nelson said. “If that is violated, then the health department will issue a closure order. At that point, the business is required to remain closed until such time the health department feels that it is safe for them to reopen.”

WBAL TV lists some of those restrictions:

All bars, restaurants and facilities where food and/or alcohol are served will be required to close by 10 p.m. Takeout and delivery services are encouraged to continue, but in-person dining operations will not be permitted between 10 p.m. and 6 a.m.

All retail businesses and religious institutions statewide must revert back to the Stage Two 50% capacity restrictions.

However, the restrictions on houses of worship are likely to be nullified given the Supreme Court’s Wednesday night decision ruling unconstitutional New York Governor Andrew Cuomo’s caps on church attendance.

At the same time, the Governor has chosen to impose no capacity restrictions on certain businesses he considers “essential.” And it turns out the businesses the Governor considers essential include hardware stores, acupuncturists, and liquor stores. Bicycle repair shops, certain signage companies, accountants, lawyers, and insurance agents are all essential too. So, at least according to the Governor, it may be unsafe to go to church, but it is always fine to pick up another bottle of wine, shop for a new bike, or spend the afternoon exploring your distal points and meridians. Who knew public health would so perfectly align with secular convenience?

Such arguments likely wouldn’t sit well with Maryland Governor Hogan, who, despite being a Republican, walks and talks like a liberal. “There’s no constitutional right to walk around without a mask,” Hogan has said. He even went so far as to create a “24/7 COVID-19 Prevention Hotline,” which is essentially a snitch line for people to report their non-compliant fellow Marylanders.

Hogan would do well to take a page out of the book of Florida’s Republican governor, Ron DeSantis, who, by contrast, signed an order preventing cities and counties from punishing citizens for refusing to wear masks or comply with other COVID-19 restrictions. His order also prevents business closures (including restaurants) without health or economic justifications.