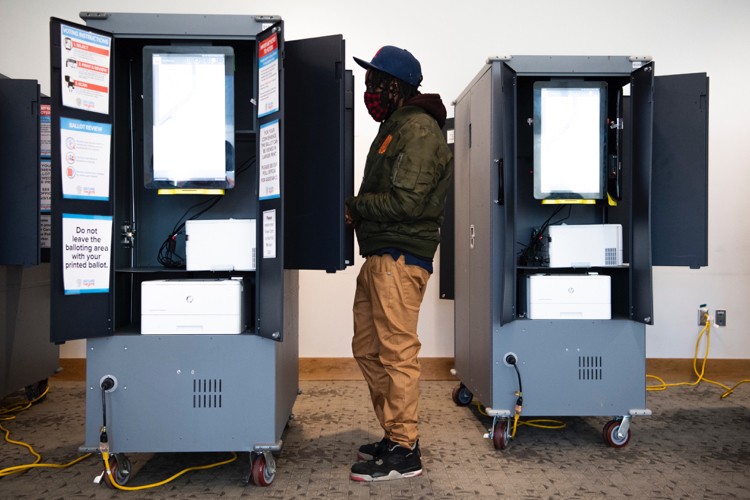 Voting machines and software used across dozens of key jurisdictions in the 2020 election were literally designed to rig elections, according to evidence presented in federal lawsuits by powerhouse attorneys Sidney Powell and Lin Wood. Using these compromised systems secured a phony victory for Joe Biden in ways that would have been “impossible” without the widespread fraud, the suits show. Legal experts said the cases exposing the coordinated vote fraud could ensure another four years for Trump in the White House.

In her suit filed in Georgia this week, Powell explained that the ultimate objective of the vote riggers was to “illegally and fraudulently” manipulate the vote count so that Biden could appear to to be the winner. And this fraud was accomplished through various means, including lies, computer rigging, “old-fashioned ballot-stuffing,” and more that were all covered up using computer software programs created and run by foreign and domestic enemies.

Among the many pieces of evidence: a damning affidavit by a whistleblower who helped the late mass-murdering Socialist dictator Hugo Chavez of Venezuela create voting systems that could be rigged to favor a chosen candidate. Indeed, according to the suit, the software by Smartmatic was literally created for the purpose of rigging elections in a manner that would be impossible to prove or detect. And Smartmatic is closely linked to Dominion and other firms that were key in the 2020 election.

“Chavez was most insistent that Smartmatic design the system in a way that the system could change the vote of each voter without being detected,” the whistleblower explained under penalty of perjury. “He wanted the software itself to function in such a manner that if the voter were to place their thumb print or fingerprint on a scanner, then the thumbprint would be tied to a record of the voter’s name and identity as having voted, but that voter would not be tracked to the changed vote.”

The brutal Venezuelan dictator, the affidavit continues, “made it clear that the system would have to be setup to not leave any evidence of the changed vote for a specific voter and that there would be no evidence to show and nothing to contradict that the name or the fingerprint or thumb print was going with a changed vote.” The company in question, Smartmatic, which operates through an international network of companies spread across multiple nations, “agreed to create such a system and produced the software and hardware that accomplished that result for President Chavez.”

As the lawsuit points out, Dominion’s software was literally designed to prevent simple audits that would reveal the “misallocation, redistribution, or deletion of votes.” And under the law, that makes it all invalid. “There is incontrovertible physical evidence that the standards of physical security of the voting machines and the software were breached, and machines were connected to the internet in violation of professional standards and state and federal laws,” the suit continues.

Under the law and previous court rulings, Powell’s lawsuit only needs to show that a “preponderance of evidence” reveals that “there were enough irregular ballots to place in doubt the result.” There appears to be far more than that, despite the establishment media refusing to even mention it.

Another affidavit filed on November 25 in the case by a military intelligence analyst also revealed how vote tabulation software with operations in Serbia and other nations was critical in rigging the numbers sent to Decision HQ. The systems were accessible — and were accessed — from Communist China and other nations, the affidavit explains. Dominion, Edison Research, Scytl, and Smartmatic were all implicated, according to the sworn document.

“In my professional opinion, this affidavit presents unambiguous evidence that Dominion Voter Systems and Edison Research have been accessible and were certainly compromised by rogue actors, such as Iran and China,” the military-intelligence official said. “By using servers and employees connected with rogue actors and hostile foreign influences combined with numerous easily discoverable leaked credentials, these organizations neglectfully allowed foreign adversaries to access data and intentionally provided access to their infrastructure in order to monitor and manipulate elections, including the most recent one in 2020.”

“This represents a complete failure of their duty to provide basic cyber-security,” added the U.S. government official, whose name was redacted for security purposes. “This is not a technological issue, but rather a governance and basic security issue: if it is not corrected, future elections in the United States and beyond will not be secure and citizens will not have confidence in the results.”

The document also mentions former Dominion Vice President of Security Eric Coomer, a fringe anti-Trump extremist with a vicious and very public hatred for the president. According to journalist Joe Oltmann who infiltrated Antifa meetings online, Coomer even promised his fellow Antifa revolutionaries that he had ensured Trump would not be able to win the 2020 election.

Yet another sworn affidavit filed in federal court in a separate but related case by a cybersecurity expert explains how the compromised voting machines were able to rig the election in Michigan. The document, signed under penalty of perjury by Russell Ramsland of Allied Security Operations Group, outlines the findings of an 18-month investigation into Dominion and other Elections Management Systems.

“These systems contain a large number of vulnerabilities to hacking and tampering, both at the front end where Americans cast their votes, and also on the back end where votes are stored, tabulated, and reported,” the affidavit explains, specifically calling out major deficiencies and problems with Dominion. These are some of the reasons states such as Texas refused to use such technologies, according to the document filed in the case Wood v. Raffensperger involving superstar attorney Lin Wood.

Official data and analysis of Michigan’s election “pinpoints a statistical anomaly so far outside of every statistical norm as to be virtually impossible,” the sworn statement explains. “There are a stunning 3,276 precincts where the Presidential Votes Cast compared to the Estimated Voters based on Reported Statistics ranges from 84% to 350%.”

Breaking down the numbers, the document explains that this pattern “strongly suggests the additive algorithm … was activated in the code.” Indeed, the User Guide for the EMS system specifically outlines the function that allows a method of tabulating votes to elect a winner.

“The final red flag is perhaps the greatest,” the affidavit continues. “Something occurred in Michigan that is physically impossible, indicating the results were manipulated on election night within EMS [Election Management System].” That red flag, the affidavit explains, are four spikes totaling almost 400,000 ballots that were allegedly processed in less than 3 hours. “This is physically impossible given the equipment available at the 4 reference locations,” the document points out. 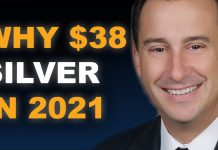