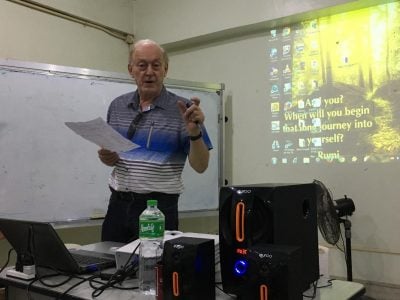 Economics professor Michel Chossudovsky describes the “smoking guns” indicating that the Covid-19 pandemic is a fraud and details the devastation that already has occurred as well as what is to come with the so-called “second wave,” which he says is also based on fake statistics and testing.

“Closing down the Global Economy as a means to combating the Killer Virus. That’s what they want us to believe. If the public had been informed that Covid-19 is “similar to Influenza”, the fear campaign would have fallen flat…”

Confirmed by prominent scientists as well as by official public health bodies including the World Health Organization (WHO) and the US Center for Disease Control and Prevention (CDC). Covid-19 is a public health concern but it is NOT a dangerous virus.

There was no “scientific basis” to justify the launching of a Worldwide public health emergency.

On March 11, 2020: the WHO officially declared a Worldwide pandemic at a time when there were  about 18,000 “confirmed cases” and 4291 Covid deaths out of a total World population outside China of the order of 6.4 billion people.

For the Audio Click the image below to listen  WBAI Radio, New York

The Covid-19 Roadmap: Towards Global Economic Chaos and Societal Destruction

The data and concepts have been manipulated with a view to sustaining the fear campaign.

The estimates are meaningless. The figures have been hyped to justify the lockdown and the closure of the national economy, with devastating economic and social consequences.

These inflated Covid positive “estimates” (from the PCR test) are then used to sustain the fear campaign. The hype in Covid-19 deaths is based on flawed and biased criteria.

The RT- PCR tests do not prove anything:

This procedure of massive data collection is there to provide supportive (fake) “estimates” to justify the so-called Second Wave.

The Endgame is to maintain the economic lockdown, enforce the compulsory wearing of the face mask, social distancing including the closure of schools, colleges and universities.

The tendency is towards a police state. It is all based on a Big Lie.

We need a mass movement, nationally and internationally to reverse the tide.

Mass demonstrations barely reported by the corporate media have taken place in major European capitals including London, Dublin and Berlin.