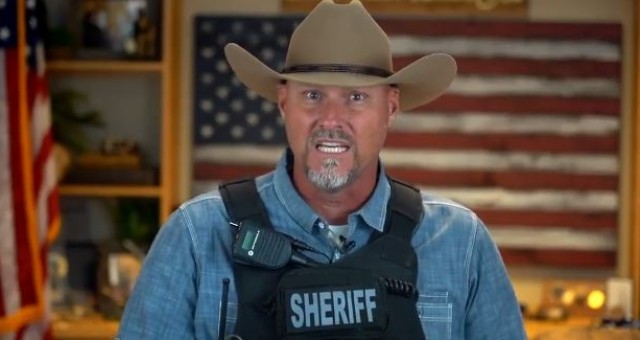 Ahhhhhh, Arizona, one of the last frontiers. Yeah, like many other great states they are being invaded by filthy liberals, just like Texas.

But the good news is that there are still patriotic American law enforcement officers that are dedicated to fighting crime as opposed to bending over to appease the radical leftist scumbags.

This man is seriously a patriot.

The Pinal County Sheriff’s Office has officially launched a new program that deputizes civilians to assist in law enforcement situations.

The program is titled “Citizens Posse.” In a press release describing its purpose, PCSO said in a hypothetical emergency situation, or times of widespread unrest, they may need assistance defending the county.

“As Sheriff of Pinal County, I am given the authority to deputize civilians to assist in law enforcement. While we hope such an action is never required, we want to make sure those willing to step into the role are trained and ready,” said Sheriff Mark Lamb.

While we never know what the future will hold, we want to be prepared to protect our families and communities. The new PCSO Citizens Posse program offers a training course designed to show residents the reality of police work.