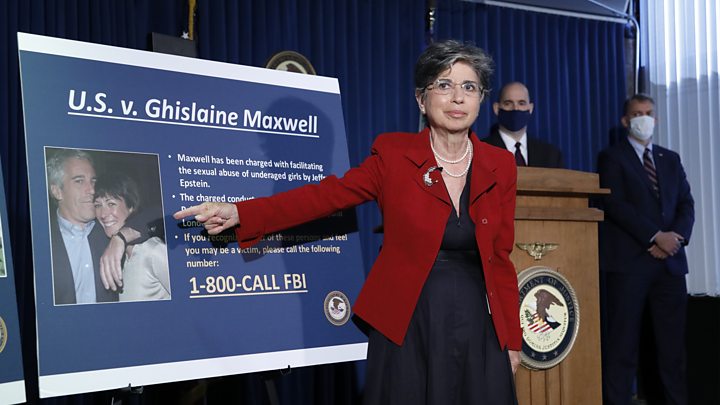 Ghislaine Maxwell, the British socialite accused of acting as a pimp for deceased pedophile Jeffrey Epstein, has been arrested and charged with multiple crimes stemming from the late financier’s alleged sex-trafficking operation.

Maxwell was arrested in Bedford, New Hampshire, on Thursday morning, according to law enforcement sources that spoke with the media. She is expected to appear in federal court on Thursday to face charges of perjury and conspiring with Epstein to sexually abuse children.

Epstein was found dead in an apparent suicide while awaiting trial on sex-trafficking charges last August.

Maxwell’s arrest was confirmed by the FBI shortly after media outlets reported on the story, citing law enforcement sources.

In a six-count indictment, she was charged with conspiracy to entice minors to travel to engage in illegal sex acts and later lying about it to the FBI.

Maxwell allegedly assisted, facilitated and contributed to Epstein’s abuse of underage girls as young as 14, helping the convicted sex predator groom his victims as far back as 1994, according to the six-count indictment filed against her in Manhattan federal court.

“In some instances, Maxwell was present for and participated in the sexual abuse of minor victims,” the indictment states.

Maxwell has remained largely out of the public eye since Epstein’s mysterious death in August, a month after he was arrested in New Jersey on federal charges of sex trafficking. The 58-year-old socialite, daughter of media baron and alleged Israeli spy Robert Maxwell, is also a co-defendant in a number of civil cases Epstein’s victims have brought against his estate.

Her whereabouts had been the subject of much speculation in recent months. A photograph leaked to the press appeared to show her at an In-N-Out Burger fast-food restaurant in Los Angeles in late August.

Victims have pointed to Maxwell as not only a procurer of young girls for Epstein and his famous friends, but also an enthusiastic participant in the sexual abuse itself.