What America Will Look Like Following the Collapse of the Dollar-Five Things You Can Count On Happening. Included in this analysis is the pecking order of persecution and extermination.

The aftermath of an economic collapse can take different forms, however, history demonstrates that there are some universal things you can count on:

During the Great Depression (1929-1941),the growing number of homeless people in America began to live in communities with cardboard boxes as their only shelter. The communities took on the name “Hooverilles” in reference to the President that most Americans blamed for the Great Depression. Today, as the economy collapses, a new homeless class will be created and they will come from the former middle class. A large number of Americans own property. This will shift to a large amount of properties will subsequently be owned by the few and America will witness the introduction of feudalism to our country. This is why the Federal reserve has been buying $40 billion dollars of mortgage backed securities every month and turned around and purchased gold. Did you know that the  San Francisco, LA and now the New York City homeless shelters are filled with people that have full-time jobs? It has already started. Next month, the federal rent and mortgate protections will explode and so will the number of homeless people. 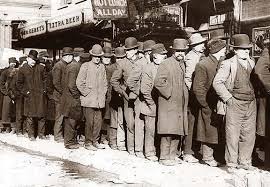 Nineteen food packing plants are closed. The early signs of food inflation and spot shortages are happening in the midst of the CV-19 Scamdemic.

Because of “Just In Time” deliveries, the American food industry operates on quick and multiple deliveries and survives only as the result of the rapid payment of invoices. As the failing economy reaches to service industry, most of these business will fail in very large numbers. Who then, will be delivering the food? Only a fool is not storing food and water. The new rulers of the coming new regime, in the White House, will use food as a weapon as a means to control you. 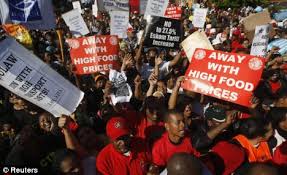 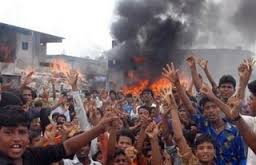 Because of the food shortages, riots and organized gang violence will occur. The military is trained to isolate these areas, but will not intervene. How do I know? Look at CHOP, formerly known as Seattle, and this is exactly what happened. In Arizona, courtesy of Gov. Ducey, one cannot go to the gym, but it is ok if Antifa riots while looting, buring and murdering in which social distancing is not followed.

If you call 911, nobody will be answering. It is already happening in places like Atlanta. The semblance of civilization is evaporating. This will be the time that you wished you had listened to many in the alternative media because this is the time that America will begin to see a large loss of life. If you are not prepping, you are preparing to die.

I am in the middle of a series in which I am detailing how as many as 100,00 pastors are part of the Clergy response team. This means we are being conquered from within by what should be our most trusted resource, our Christins leaders. There are many Judas’ among their ranks.

The persecutions of Christians is already taking place as record numbers of Christians are leaving the military because of overt discrimination. In the American military, Christians are being disciplined for sharing their faith. No other religion has such a prohibition. When Pastor Walter Mansfield, one of the original Clergy Response Team memberw, told me in an interview that he would be forbidden to mention the words “Jesus” and the “Bible” while ministering in the camps.  Germany is evicting Christians from their homes to make way for Muslim invaders. For example, the UK Telegraph previously reported that a 51-year-old German Christian woman, one of many, is being evicted from her home of 16 years to make way for refugees, with shelters already full across the country. She received a letter from her landlord and the local municipality, telling her the building was being turned into a refugee shelter and she had until 90 days to leave. So much for the Syrian or any other so-called refugee movement to be a spontaneous exodus. I bring up Europe and its recent history because the church leadership and the government are conspiring to persecute the people in Europe and have been for 7 years. This is now beginning to happen in America.  It was well planned then and it is being carried out now. The UN is trying to block immigration regulation in the US, but demands that America stay in lockdown because of the Plandemic in this fake show of concern. The Catholic church hs been overrun by globalists who are defying immigration laws in the midst of this so-called current Pandemic. Many feel that Christians are being targeted for home evictions in favor of refugee shelters for Muslims in Germany. People laughed and it happened and it is going to happen here when the Democrats take over the government in November.. With the Refugee/Resettlement program in full swing in the United States, how long will it be until the same thing begins to happen here? In the lockdown, the churches, on the Christian churches were discriminated against.