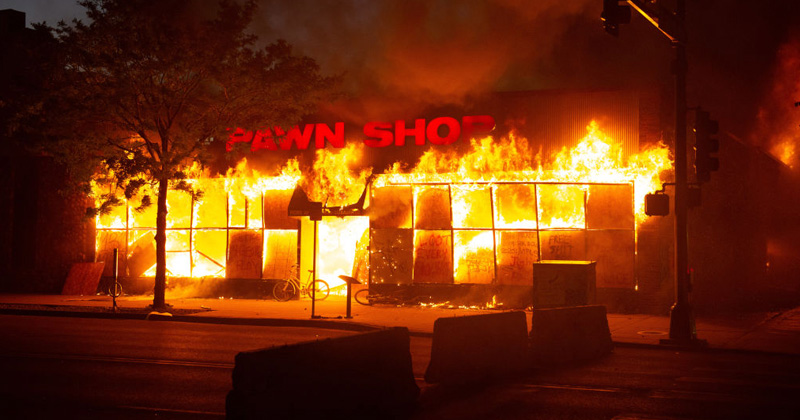 Pawn shop was one of over 500 Twin City businesses destroyed, looted during riots

The body, believed to be that of an adult male, was reportedly found Monday by work crews inside the Max It Pawn shop at 2726 East Lake Street.

Max It Pawn was one of more than 500 businesses in the St. Paul-Minneapolis area destroyed during the nearly week-long protests for George Floyd which often spilled into chaos overnight.

A medical examiner not yet been able to determine the person’s identity or his cause of death.

Fox 9 Minneapolis reports the case has been transferred to MPD’s homicide division.

Police reportedly identified Lee by his tattoos and through various photos and videos, including one where he appeared shirtless raising a fist. 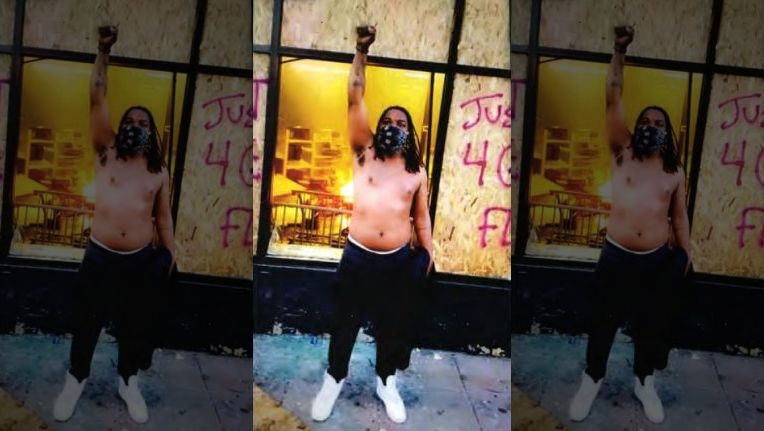 “In the second video, Lee is seen in front of the pawn shop as it is in flames,” Fox 9 Minneapolis reported last month. “In the video, he says, “[Expletive] this place. We’re gonna burn this [expletive] down.’”

As noted by former Reagan policy adviser Dinesh D’Souza, the discovery of the body effectively means “peaceful protesters,” as they were portrayed by the media, murdered an innocent man.