Even as US stock markets rally and people anticipate a quick recovery as economies open up, a tsunami of defaults and evictions looms on the horizon.

The mainstream narrative has been that although the coronavirus shutdowns have rocked the economy, it’s not a financial crisis like we saw in 2008. Back in April, Peter Schiff said that we were absolutely heading toward a financial crisis and it will be worse than 2008.

Obviously, if people aren’t earning as much money as they were when they were working, especially small businesses, they’re not paying their loans. So, the banks are not getting interest payments. They’re getting defaults. … When you have a credit bubble, when the economy is built on a foundation of debt, and then something happens to shake that foundation, you have a big problem.”

Up until this point, government intervention and leniency from lenders have put off the inevitable. But struggling debtors can’t kick the can down the road forever.

According to the latest available numbers from TransUnion, about 3 million auto loans and 15 million credit card accounts are in some kind of program to let people skip or make partial payments, and NPR contends this number is probably understated. Meanwhile, homeowners are struggling to make mortgage payments. According to the analytics company Black Knight, 4.75 million homeowners have entered into forbearance plans. That represents about 9% of all mortgages.

When the money-lenders need to borrow, that might be a problem.

July will be a key month. That’s when the enhanced unemployment benefits will end and that could tip things into full financial crisis mode. Many of the 40-million-plus Americans who have lost their jobs over the last two months are only able to keep up with payments because of these benefits. An affordable housing advocate told NPR an end to enhanced unemployment could put thousands of people out on the streets.

When the $600-a-week unemployment insurance runs out at the end of July, most people expect tremendous displacement risk. Evictions are likely to go through the roof.”

Consumer debt was already surging before the pandemic and policymakers are counting on even more debt to spur a recovery. But Americans were driving the economy with borrowed money before coronavirus. At the end of 2019, total consumer debt stood at 19.3% of nominal GDP. This was the highest level ever. Even before COVID-19, we were asking how long the borrowing could keep going and warning that when it stopped, economic growth would likely stop along with it. Now the powers-that-be are depending on more borrowing to save the economy. People can only borrow so much. Credit cards have a limit. And a lot of people can’t even make payments on the debt they already have.

As Peter said, despite the mainstream narrative, we have the perfect storm for a financial meltdown on the horizon.

If you shut down the economy, how do all the people with debt pay their debt? And if the debt isn’t being paid, then by definition, you have a financial crisis. That’s why the real estate crisis was a financial crisis. It wasn’t because real estate prices went down. It’s because real estate prices going down meant loans that were collateralized by real estate weren’t getting repaid. And to the extent that the banks had to foreclose, the collateral wasn’t there to make the banks whole. The same thing is happening now. The banks are even more exposed today than they were in 2008. This is an even bigger crisis now than it was in 2008 because we have a lot more debt.  We have a lot more borrowers who are in trouble.”

Peter also noted that the Fed’s response is an indication that this is a worse financial crisis than 2008. 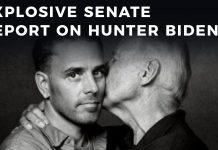