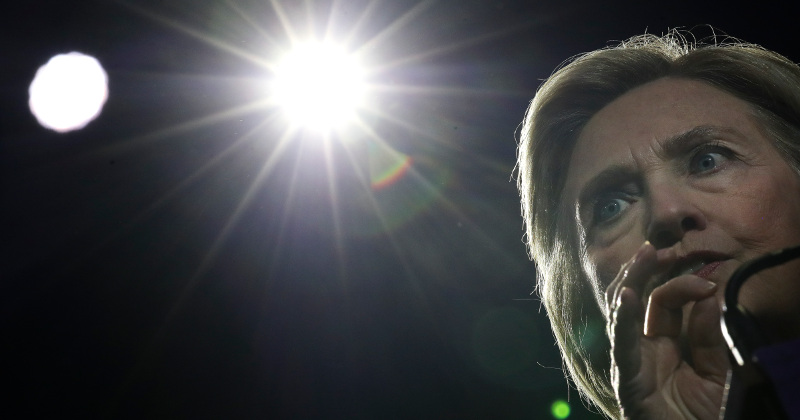 Former Secretary of State compelled to appear for interview under oath

A federal judge has ordered Hillary Clinton to sit down for a sworn deposition regarding her private email account and server as well as activity related to the 2012 Benghazi attack.

Judge Lamberth wrote that Clinton’s prior written testimony over her use of a private server was “incomplete, unhelpful, or cursory, at best.”

“The Court has considered the numerous times in which Secretary Clinton said she could not recall or remember certain details in her prior interrogatory answers. In a deposition, it is more likely that plaintiff’s counsel could use documents and other testimony to attempt to refresh her recollection,” Lamberth wrote.

“And so, to avoid the unsatisfying and inefficient outcome of multiple rounds of fruitless interrogatories and move this almost six-year-old case closer to its conclusion, Judicial Watch will be permitted to clarify and further explore Secretary Clinton’s answers in person and immediately after she gives them. The Court agrees with Judicial Watch – it is time to hear directly from Secretary Clinton.”

“How did she arrive at her belief that her private server emails would be preserved by normal State Department processes for email retention? Who told her that—if anyone—and when? Did she realize State was giving ‘no records’ response to FOIA requests for her emails? If so, did she suspect that she had any obligation to disclose the existence of her private server to those at State handling the FOIA requests?…And why did she think that using a private server to conduct State Department business was permissible under the law in the first place?”

“These areas of inquiry have not been explored in nearly enough detail to convince the Court that Secretary Clinton does not have any new testimony to offer,” he added.

Lamberth also noted that the FBI’s probe into Clinton and the State Department’s positions weren’t enough to put the matter to rest.

“To argue that the Court now has enough information to determine whether State conducted an adequate search is preposterous,” wrote Lamberth. “Especially when considering State [Department]’s deficient representations regarding the existence of additional Clinton emails.”

Lamberth even pointed out the suspicious nature of the State Department’s slow-rolling of Clinton’s emails even years after the FBI’s investigation into her private server, which ex-FBI Director James Comey later dropped in 2016.

“Even years after the FBI investigation, the slow trickle of new emails has yet to be explained,” Lamberth wrote.