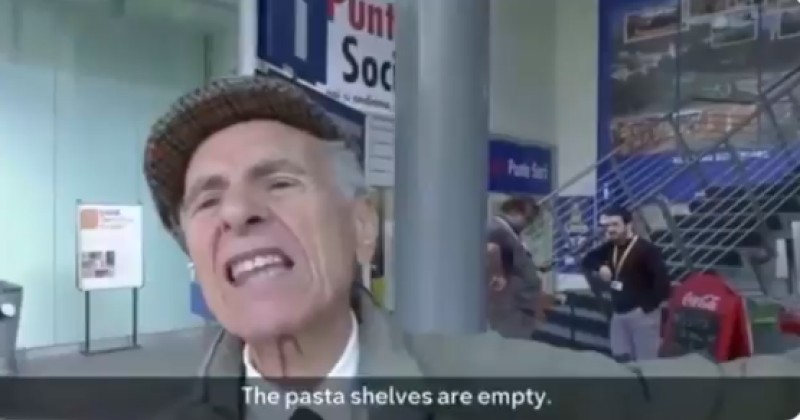 A video out of Italy shows a man asking “why are the pasta shelves empty?” as panic buying spreads in response to the coronavirus outbreak.

The old man appears to be exacerbated with the situation, going on to ask, “What’s happening? There wasn’t this much panic when World War II started. Oh my God!”

Italians mad at food in the time of #coronavirus . pic.twitter.com/F7P6cyJ29m

As we previously highlighted, store shelves in some supermarkets in Lombardy and Veneto are sparse, while a fight over food broke out at another grocery store.

For the first time, more new cases have been reported in countries outside of China than inside, with 411 inside China and 427 outside.

Italy has at least 360 confirmed cases of coronavirus, with authorities reporting 12 deaths.

Despite the fact that infected people who traveled out of Italy have since brought the virus to numerous other European countries, including Greece, Austria, Switzerland, Croatia and Spain, EU officials have insisted that no border controls will be implemented.

While police in Moscow are checking Chinese-looking people who use public transport, EU countries aren’t even checking people from infected regions who arrive on airplanes.