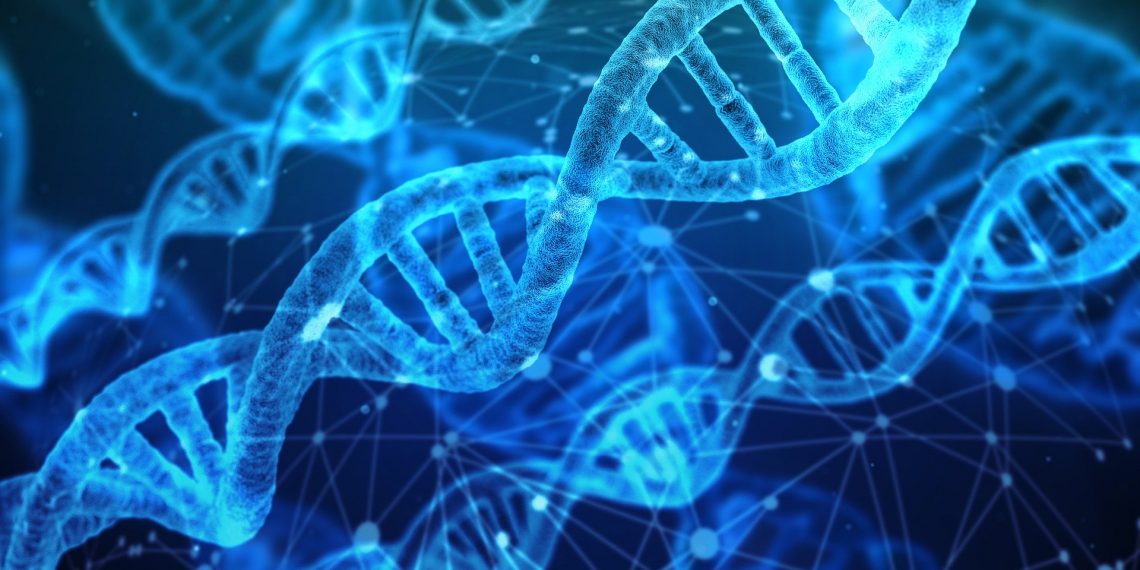 Those ruling the healthcare industry have hijacked our health, but it’s not lost. The Rockefellers spearheaded the healthcare industry, policies, institutes, and eugenics over a century ago. From vaccine cocktails to fertility suppression and control over agriculture, it was a mad scientist’s dream. The Gates Foundation served to further these agendas, and before long, mankind became the greatest experiment. Bigger than that, was the need to control minds by way of perpetrating narratives that read like a heroic novel, with scientists and doctors ensuring ones health and wellbeing, creating the illusion of saviors for all of eternity. By no means did they want people being aware of their innate, natural healing abilities, our robust immune systems, the value of body, mind, and spirit, or taking a holistic approach to health. Flooding the markets with sugar was a surefire way to camouflage the necessity for nutrition. They have hijacked minds, and convinced man that their twisted scientific experiments were the way forward. But, man’s abilities to heal are not lost, they are merely stifled by the decades of brainwashing, fear mongering, and those who continue to rule the industry without accountability or oversight.

Recently, in South Dakota, Bill HB1235 to remove student vaccination requirements and allow parents to decide what medical interventions they wish for their children, was debated in an intense livestream. It was an historic, first-of-its-kind bill in the U.S. Unfortunately, it was voted down 10-2, for this year, but there was mention of the bill being brought back up in a summer study. Nonetheless, many incredible individuals fought for this, the audio is preserved, and it is a solid step in the right direction. We are gaining traction, and it has been witnessed through rallies and people speaking out all over the country – that safety concerns over vaccines need to be investigated STAT, and forcing mandatory injections of cocktails into our bodies and our children’s needs to be a choice, not law.

According to Lawrence Pulaski, a licensed pediatrician from New York City who spoke in support of the bill, he  said that “science has changed,” and that “we are told with certainty that science has been done efficiently on vaccine safety, but yet if we read the ingredients in the vaccines, we will find that the ingredients have never been tested for injection of vaccines into human beings – children or adults.” He went on to say that “most of the ingredients are toxic and can enter the brain and lead to concerns that we are seeing in our children today. Our children have the highest number of chronic diseases of any country in the world.” He backed this up with the following statistics:

“Something is happening to the nervous system and the immune systems of our children, and the powers that be continue to insist that vaccine ingredients have nothing to do with these challenges that we are seeing in children,” Pulaski said. He continued to get into the science and falsehoods behind vaccines, and the human anatomy. It was a very compelling and informative statement – certainly worth a listen.

Dr. James Neuenschwander, from Ann Arbor, Michigan, a 30-year physician who is duly board certified in both emergency and integrative medicine, caring for chronically ill adults and children, blew the lid off the testing and safety issues surrounding vaccines. “With the exception of a small number of participants in one Gardasil trial, no vaccine has ever been subjected to a prelicensure, inert, placebo controlled trial. This is the gold standard of medicine. Without it, you don’t know what the side effects of your product are,” said Neuenschwander. He went on to state, “If vaccines were truly great at maintaining public health, we should have the healthiest infants and children in the entire world. We vaccinate more than any other industrialized nation in the entire world. But when we evaluate those outcomes, unfortunately, the opposite is true. Our pediatric rate of chronic diseases rose from 12% in 1986 up to over 50% in 2007. Mandates are a last ditch effort by a government to control its population. If vaccines were truly safe and effective, people would be lining up for them. There would be no reason to have mandates. If parents are not willing to accept a product for which there is no long term safety studies, they were poorly tested for approval, and have no liability, they should have that right.”

Kevin Barry, Former U.S. Attorney for southern district of New York, United Nations representative, author of a book called ‘Vaccine Whistleblower’ about fraud conducted by the CDC on vaccine studies, quoted from the Universal Declaration on Bioethics and Human Rights from 2005, which was unanimously adopted by 193 countries including the U.S. Based on its content, it is clear that mandatory and forced vaccines completely deny individual liberty, and goes against this entire declaration.

A mother spoke out about her son who had six different vaccines, in two shots, at just two months old, and he screamed for hours, and later would projectile vomit after eating. At four months he received another six vaccines, and the screaming began again. She didn’t realize these were documented as reactions to vaccines. He eventually developed dry spots on his skin, followed by seizures. At six months he received another six vaccines, and all of his symptoms persisted. At no point was she informed this could be vaccine related, and was led to believe that this is all normal. She began researching at the advice of her aunt who is a doctor. At 12 months he was slated to receive yet another nine vaccines, but this time, she put a stop to it. Despite all of this, her son was denied a medical exemption from vaccines.

So many powerful statements were made! One doctor exposed the falsities of “herd immunity.” IT. WAS. INCREDIBLE. Everyone should listen to this historical moment. It’s very empowering.

Why is it ok for a woman to be able to “choose” life or death for her unborn child, but is not allowed to choose what medications are injected into her living child? How utterly upside down this world is.

Who vehemently states that anyone who speaks out with concerns over the safety of vaccines are “anti-vaxxers” pushing “propaganda,” while also assuring everyone that vaccines are not only safe, they save lives? Bill and Melinda Gates, the World Health Organization (WHO), the CDC, NIH, big pharma, universities, mainstream news, and UN factions. Did you know that Bill and Melinda Gates fund ALL of them? Did you know that Bill Gates is the second richest man in the world, only recently losing his 16-year stronghold on the number one slot to Jeff Bezos? And, did you know that by 2025, the vaccine industry is expected to hit a $100 billion dollar a year industry?

The Bill & Melinda Gates Foundation have paid Harvard over $65 million dollars for data reports to support his agendas, control “misinformation,” and for research. Point in case: in January 2020, Harvard released a study on misinformation about vaccines, titled ‘How trust in experts and media use affect acceptance of common anti-vaccination claims.’ Notice at the end, it states that the funding for the study came from Science of Science Communication Endowment of the Anneberg Public Policy Center. The Center was founded by Walter and Leonore Anneberg in 1993 and is part of the University of Pennsylvania. The Gates Foundation has funded the University of Pennsylvania millions of dollars for various agendas. They have also funded the Anneberg Foundation Trust in 2012 and again in 2018. Their website boasts hosting former President Barack Obama three times for international meetings, and portray a photo of Obama with Chinese President Xi Jinping. In 2018, Gates paid Harvard $250,000 to “determine how to effectively debunk health related and other mis and disinformation falsehoods traveling on social media platforms.” So whereas, this “study” states that there is “no conflict of interest,” one might find that hard to swallow.

Despite their greatest attempts to conceal all of this, by making deals behind closed doors in the shadows of the government, while removing all liability from pharmaceutical companies – there have been $4.1 billion in vaccine injury and death claims paid out with taxpayer dollars. There are thousands of adverse reports in the VAERS system, whereby, only 1% of adverse events are even being reported. This is all fact. But rest assured – “vaccines are entirely safe and save lives.” Any other narrative will be squashed.

How does one counter the almighty WHO – the God of the healthcare industry – bought and paid for by Bill Gates to the tune of $3.5 billion? Therein lies the problem. In 2008, the WHO’s former head of the malaria program, Dr. Artara Kochi, raised serious concerns about the Gates Foundation undermining scientific creativity that “could have implicitly dangerous consequences on the policy making process in world health.” He went on to state,

“Gates has created a ‘cartel,’ with research leaders linked so closely that each has a vested interest to safeguard the work of others. The result is that obtaining an independent review of scientific evidence (…) is becoming increasingly difficult.”

It was becoming “increasingly difficult” to obtain independent review of scientific evidence back in 2008. That was 12 years ago! Imagine how difficult it must be by now? When the Gates Foundation pays out billions to the WHO, Harvard and other universities, institutes, George Soros’s “health watch” organizations, the CDC Foundation, and the Kaiser Foundation to produce reports to influence policies, push for funding necessity, and provide “data” to back up their need to fulfill their agendas, you can bet your bottom dollar they are going to protect their “research” and stance, especially after they’ve received millions in government grants.

To lift the veil of illusion from those that have been indoctrinated, is an exhaustive feat. When world renowned scientists are destroyed for revealing their evidence, their work discounted by the WHO and those at the upper echelons of the healthcare industry, that should raise eyebrows, but the indoctrinated can’t see the cartel who have made us all complicit and co-conspirators of their endeavors, while the IRS has blackmailed us to pay our “cut” to this mafia. This playbook goes far beyond the healthcare industry, and flows right into their other agendas as well. The climate change hoax is another great example of paying off scientists to propagate an agenda, fear monger, generate government grants, and control a narrative that has proven to be 0-41 for their doomsday predictions. Chew on that.