YouTube is now blocking links to the State of Virginia Legislative Information System (LIS).  On Saturday, the YouTube channel Guns & Gadgets posted a video titled “Virginia Anti-Gun Bills To Be Heard Jan 13,” wherein the proprietor discussed the 10 bills that will come before the Virginia legislature beginning January 13.  In the video’s description, he listed LIS links to the text for each bill.  As of 1 a.m. Sunday morning, YouTube was blocking the links with the following warning:

Does the State of Virginia know that YouTube suspects their site of “malware, phishing attempts, or disturbing content?”  The anti-gun bills are certainly disturbing, but probably not in the way that YouTube intended to convey.

What we are witnessing is an attack by the media on the citizens of Virginia.  Media oligarchs don’t want you to see the laws that politicians are about to pass.  We can ask, “Why bother having sunshine laws, when the oligarchy will attempt to block the sunshine?”  Remember, the virulent left has a strategy.  As Nancy Pelosi said, “…we have to pass the bill so that you can, ah, find out what is in it…”

On Friday, the Virginia legislature voted to ban firearms in the Capitol building and in the legislative offices of the Pocahontas building.  In a case of guns for us but not for thee, Sen. Amanda Chase (R-11th) has worn a gun on the Senate floor, but suddenly the majority of Democrat lawmakers are worried about their safety if law abiding Virginia citizens are allowed into the building with holstered firearms, as they have been allowed in the past.

The gun ban was designed and passed as a preemptive strike on lawful citizens to disarm them before Lobby Day on Jan. 20, when at least 100 bus loads of citizens will arrive at the Capitol to confront Democrat lawmakers over their anti-gun agenda.  The gun ban is a perfect expression of why we have the second amendment.

Lawmakers seek their own safety at the expense of the citizenry, and genuinely believe that law abiding citizens are the unsafe elements of society.  The Second Amendment exists to secure our own rights and our own safety against the very tyrants who believe we are the unsafe ones.  Listen to House Speaker Eileen Filler-Corn (D-41st) :

Our focus here is to keep everybody safe, said Filler-Corn. These are policies and rules that should have passed a long, long time ago and we’re excited and pleased that we’re moving forward now with the goal of keeping everybody safe.

Have you ever noticed how liberal regressive politicians who are openly suborning the Constitution and going backwards in history are always “excited and pleased” and are “moving forward” and “keeping everybody safe?”   The vulgarity of their verbiage is insufferable.

The Democrats’ hypocrisy is on full display in SB 70, a bill to require universal background checks on all firearm transfers. On Lobby Day, all of the thousands of firearm owners who may show up carrying firearms will already have passed a background check, and many will have gone through the legal process to get a concealed carry permit.

And yet, despite all background checks and legalities, the liberal regressive Democrats have banned these gun owners from entering the Capitol building with guns. Why are they banned?  They are banned because safety checked gun owners make Democrats feel unsafe.

We have to ask, if the Democrats fear for their safety in the presence of verified safe gun owners, why do they believe that even more of the same background checks are going to make anyone else safe?

On Lobby Day, the Capitol grounds will probably be the safest place in Virginia.  On Lobby Day, the Capitol building likely will be protected by thousands of law-abiding gun owners legally carrying firearms for their own protection and the protection of the crowd.  Meanwhile, inside the Capitol building, Democrat lawmakers will be huddling in fear behind Capitol police while they confront disarmed, safety checked gun owners —  because, well, those patriots just scare them.

“The Chinese virus is spreading”—deception and false news 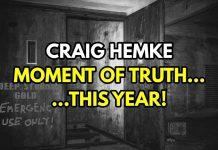