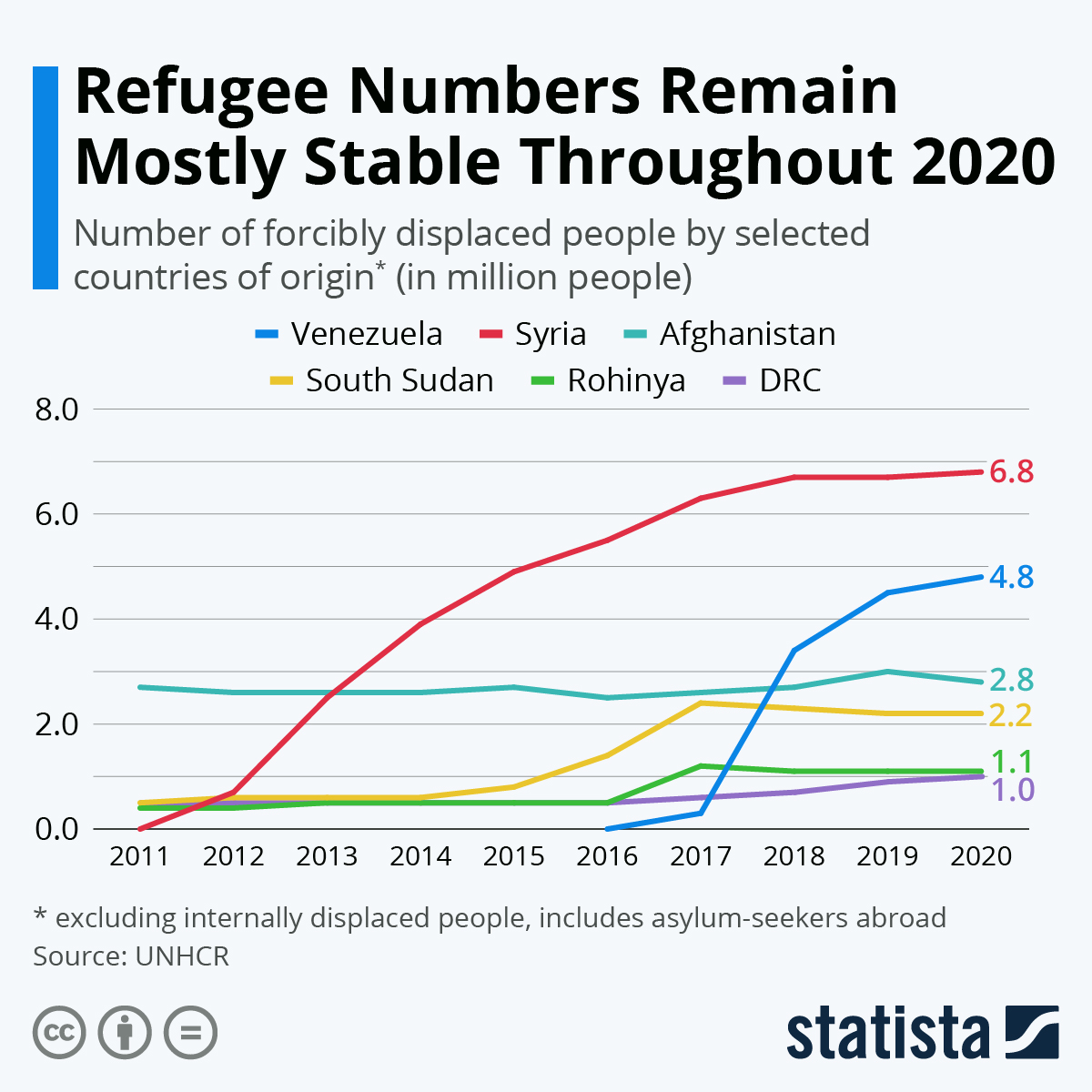 According to UN data, Venezuela is fast becoming the world’s biggest refugee crisis. By the end of 2020, 6.5 million Venezuelans are expected to have been forcibly displaced outside of their home country.

This is up from just 300,000 in 2017. Syria, the biggest global refugee crisis to date, reached its height in 2018 with 6.7 million displaced people. With resettlement programs ongoing, that number is expected to have been reduced to 5.6 by the end of 2019 and might further fall in 2020.

While the number of Syrian refugees and those in a refugee-like situation had been rising since 2011, Statista’s Katharina Buchholz notes that Venezuelan refugee numbers jumped up quickly, testing the preparedness of humanitarian organizations in the region. 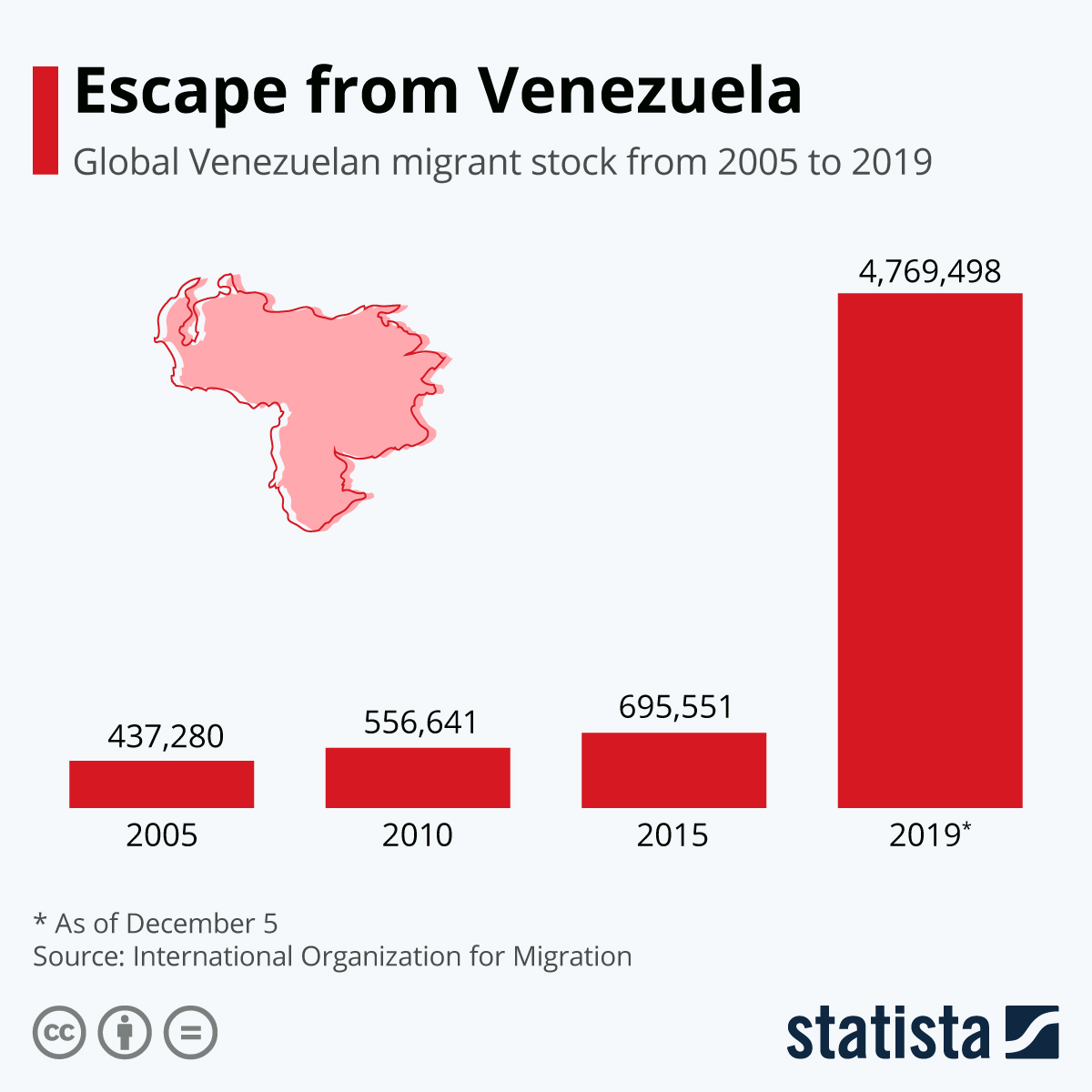 Brookings Institution, which analyzed the data, notes that compared to the Syrian crisis, the Venezuela refugee situation is severely underfunded, putting the lives of hundred thousands of people at risk because of the lack of food and medical assistance.