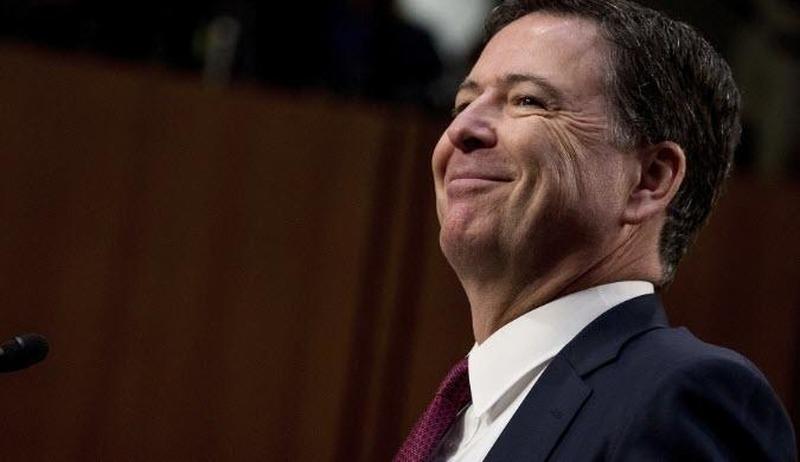 While every painful second of every individual’s testimony during the impeachment hearings was relayed and narrative-managed by the mainstream media (and still failed to increase public awareness, let alone support for the Democrats’ plan), interested viewers were hard-pressed to find Justice Department Inspector General Michael Horowitz testimony before the Senate Judiciary Committee (on his findings regarding alleged surveillance abuse during the 2016 election) anywhere on the mainstream.

There are plenty of nuggets to enjoy – if you can find a live stream (here) – but this one was particularly noteworthy.

A day after a smug-sounding James Comey tweeted that the IG’s report vindicated him:

“So it was all lies. No treason. No spying on the campaign. No tapping Trumps wires. It was just good people trying to protect America.”

“I think the activities we found here don’t vindicate anybody who touched this FISA.”

BOOM inspector-general smacks Comey right in his self-righteous mouth. Nobody was Vindicated that touched this issue and investigation pic.twitter.com/yDfHTF5AhA

As Mr. Horowitz wrote in his report, he lays the blame at the top (cough Comey cough):

“We are deeply concerned that so many basic and fundamental errors were made by three separate, hand-picked investigative teams; on one of the most sensitive FBI investigations; after the matter had been briefed to the highest levels within the FBI; even though the information sought through use of FISA authority related so closely to an ongoing presidential campaign; and even though those involved with the investigation knew that their actions were likely to be subjected to close scrutiny. We believe this circumstance reflects a failure not just by those who prepared the FISA applications, but also by the managers and supervisors in the [investigation’s] chain of command, including FBI senior officials who were briefed as the investigation progressed.”

As WSJ noted ironically, Mr. Comey’s memoir, “A Higher Loyalty,” relates how as FBI director he kept on his desk a copy of the October 1963 memo from J. Edgar Hoover asking for permission to wiretap Martin Luther King. He claims he did so to help ensure the bureau would never forget how a “legitimate counterintelligence mission . . . morphed into an unchecked, vicious campaign of harassment and extralegal attack.”