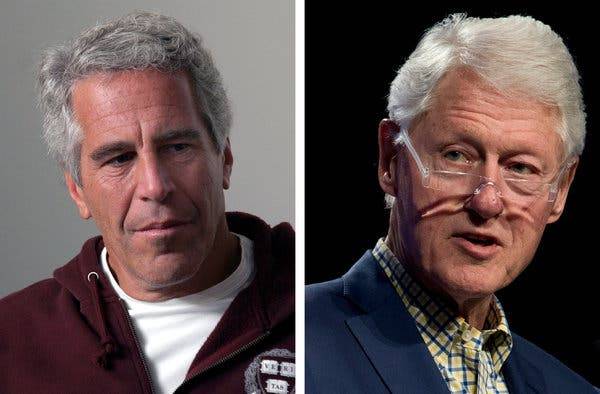 On August 10th, and for several days after, speculation swirled after it was announced that Jeffrey Epstein had been found dead in his cell. His cause of death has officially been ruled suicide by hanging.

Epstein, the billionaire pedophile and sex trafficker with a myriad of connections to the rich and powerful in the United States and several other countries, had told those close to him that he had feared for his life prior to his sudden “suicide,” the Washington Post reported, while his defense lawyers claimed that he had planned to cooperate with federal authorities.

Following the controversial conclusion by the New York Medical Examiner that Epstein’s death was a suicide — a conclusion contested by Epstein’s attornies as well as by independent forensic pathologists, given the apparent evidence pointing towards strangulation — corporate media coverage of the Epstein case has slowed to a trickle, save for sensationalist stories about his alleged co-conspirator Ghislaine Maxwell and new salacious details of his past. Gone from corporate media are any hints of the larger scandal, revolving around the admission that Epstein had “belonged to intelligence.”

In this four-part series, “The Jeffrey Epstein Scandal: Too Big to Fail,” MintPress has revealed that Epstein’s activities — a sexual blackmail operation involving minors and connected to intelligence agencies — was one of many such operations that have taken place for decades, developing from the nexus forged between the CIA, organized crime and Israeli intelligence shortly after World War II. 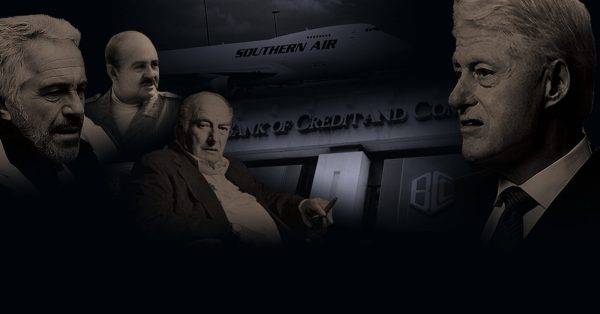 As Part II of this series revealed, these sexual blackmail operations proliferated during the Iran-Contra affair, which involved this same dark alliance between U.S./Israeli intelligence and organized crime. Though this series has thus far largely focused on the ties of Republican officials to those operations and associated crimes, the final installment of this series will focus on Democratic politicians, namely the Clinton family, and their ties to this same network as well as Jeffrey Epstein.

The Clintons’ own involvement in Iran-Contra revolved around the covert activities at Arkansas’ Mena Airport, which involved the CIA front company Southern Air Transport and occurred while Clinton was governor. Just a few years into the Clinton presidential administration, Leslie Wexner and Jeffrey Epstein would play a major role in Southern Air Transport’s relocation to Columbus, Ohio, leading to concerns among top Ohio officials that both men were not only working with the CIA, but that Wexner’s company, The Limited, sought to use the CIA-linked airline for smuggling.

Some of these ties appear related to Epstein’s shady financial activities, particularly involving currency markets and offshore tax havens — activities he began to perfect while working for prominent Iran-Contra figures in the early 1980s, several of whom were tied to the CIA-linked bank Bank of Credit and Commerce International (BCCI) and had known relationships with Israeli intelligence, namely the Mossad. The nature of Epstein’s work for these individuals and other evidence strongly suggests that Epstein himself had a relationship with BCCI after leaving Bear Stearns and prior to the bank’s collapse in 1991.

It is this tale of intrigue that fully reveals the extent to which this decades-old alliance between organized crime, the CIA, and Israeli intelligence has corrupted and influenced politicians of both political parties, both through the use of sexual blackmail and through other means of coercion.

Far from being the work of a single intelligence agency or a single country, the power structure revealed by this network connected to Epstein is nothing less than a criminal enterprise that transcends nationality and is willing to use and abuse children in the pursuit of ever more power, wealth and control. Existing for decades and willing to use any means necessary to cover its tracks, this criminal racket has become so integrated into the levers of power, in the United States and well beyond, that it is truly too big to fail.

When one thinks back to the now-famous Iran-Contra scandal, names like Ronald Reagan, Oliver North and Barry Seal comes to mind, but former President Bill Clinton also played an outsized role in the scandal — using his home state of Arkansas, where he was then serving as governor, as a sort of rallying point for the CIA’s U.S.-side of the Central American operation.

In fact, during Clinton’s reign as governor a small town called Mena, nestled in the Ozark Mountains west of Arkansas’ capital Little Rock, would be propelled into the national spotlight as a hub for drug and arms smuggling and the training of CIA-backed far-right militias.

Under the close watch of the CIA, then led by William Casey, the Mena Intermountain Regional Airport was used to stockpile and deliver arms and ammunition to the Nicaraguan Contras. The arms were sometimes exchanged for cocaine from South American cartels, which would then be sent back to Mena and used to fund the covert CIA operation.

Though efforts have been made to dismiss Clinton’s role in the scandal, his direct intervention in the Contras’ attempts to overthrow the Sandinista government of Nicaragua suggests Clinton had some sort of personal stake in the efforts and was unlikely aloof to the major smuggling operation taking place in his state while he had been governor. In fact, while governor, Clinton split with many other state governments in sending a contingency of the Arkansas National Guard to Honduras to train the Nicaraguan Contras on how to overthrow their Sandinista government. Clinton would also discuss his first-hand knowledge of the operation with now-Trump administration Attorney General William Barr.

Much of this channeling of both weapons and drugs was carried out by notorious drug smuggler and alleged CIA/DEA operative Barry Seal. According to the book Whiteout: the CIA, Drugs and the Press by Alexander Cockburn and Jeffrey St. Clair:

A federal investigation aided by the Arkansas State Police established that Barry Seal, a drug dealer working for the Medellin cartel as well as with the C.I.A. and the D.E.A., had his planes retrofitted at Mena for drug drops, trained pilots there and laundered his profits partly through financial institutions in Arkansas. Seal, at this time was in close contact with [Oliver] North, who acknowledged the relationship in his memoir. These were the years in which North was constructing his covert supply lines for the contras.”

Seal was known to use aircraft that belonged to the company Southern Air Transport and he also employed flight crews that worked for that same company. Southern Air Transport, formerly Air America, was once directly owned by the CIA and today is remembered for being a CIA front during Iran-Contra. Less known is the relationship between the CIA-linked airline and Leslie Wexner and his then-close associate Jeffrey Epstein, which will be discussed in detail later in this report.