The arrest of billionaire paedophile Jeffrey Epstein earlier in 2019 sparked speculation that his numerous rich and powerful acquaintances, including former US President Bill Clinton and Prince Andrew, could be in the know about Epstein’s sex trafficking.

A woman, who claimed in a Monday lawsuit on Monday that notorious paedophile Jeffrey Epstein raped her when she was just 15, said that she took ex-US President Bill Clinton’s seat on Epstein’s private jet.

ccording to the woman who only went by the name Jane Doe 15, she eventually found herself on board the “Lolita Express” plane after Epstein began grooming her when she was in New York for a school trip.

“When I chose a seat on the jet, Jeffrey told me that is where his good friend Bill Clinton always chose to sit,” Jane Doe 15, who is now 31 years old, said.

The woman also recalled that during a trip to Epstein’s Zorro Ranch, he “took her sexual innocence in front of a wall of framed photographs of him shaking hands with and smiling with celebrities and political leaders.” 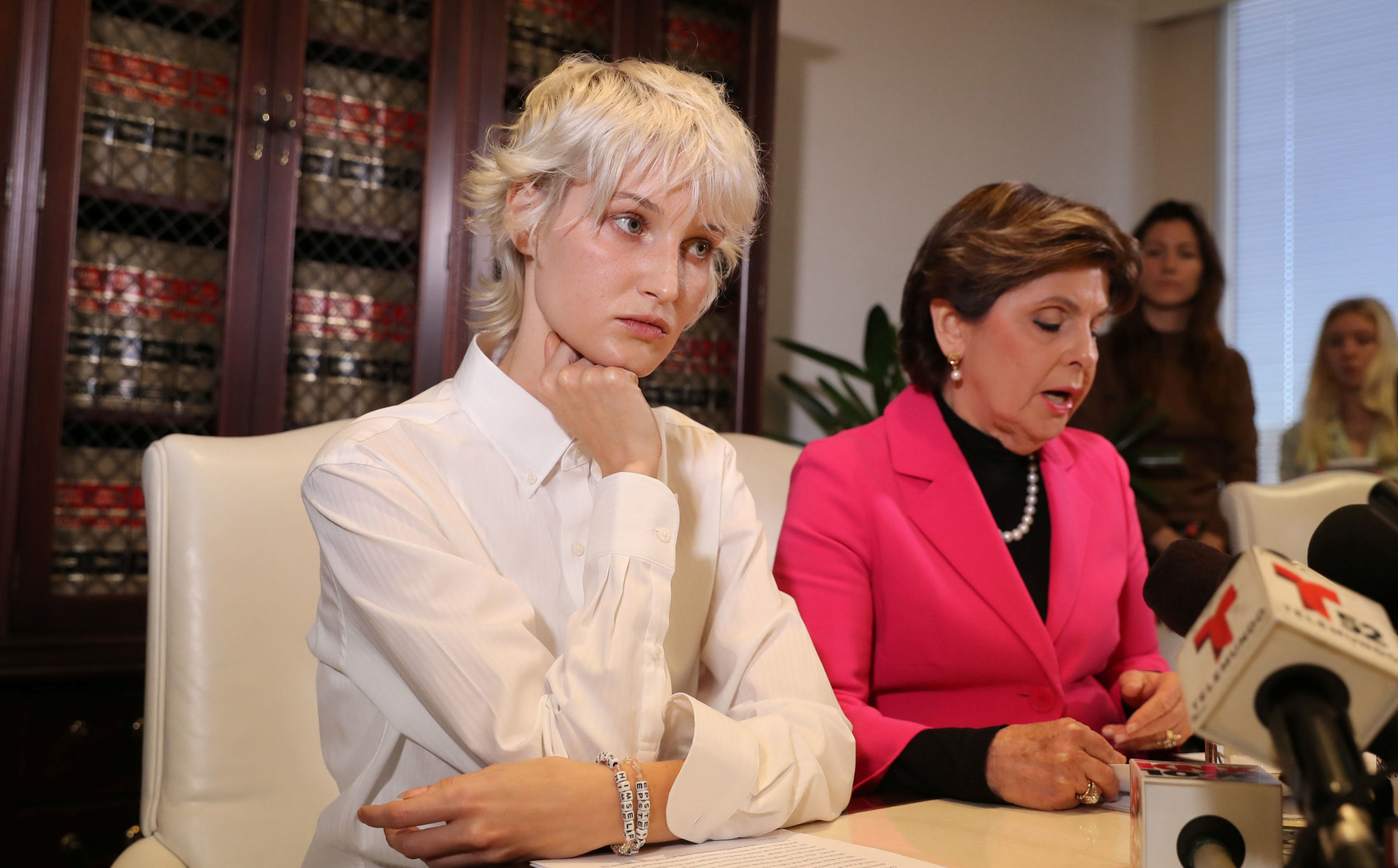 © REUTERS / LUCY NICHOLSON
“Jane Doe 15,” a 31-year-old unidentified woman, who accuses the late financier Jeffrey Epstein of sexually abusing her when she was a child, speaks at a news conference in Los Angeles, California, November 18, 2019

She added that while Epstein was giving her a “tour of the bedroom”, he told Jane Doe 15 to get down and feel the carpeted floors of the room, asking if she noticed anything special about it.

After she said that it felt very soft, Epstein “laughed and said it was because the floors in the bedroom were foam mattress floors, because he liked to have girls sleep around him on the floor while he slept in the bed,” according to Jane Doe 15.

She said that she declined other invitations from Epstein and that she left Zorro Ranch “with a deep sense of shame.”

In August, media outlets reported about a surprise discovery of a provocative painting depicting US President Bill Clinton in a women’s garment in Epstein’s house.

In the painting, the 42nd president is seen reclining in a chair in the Oval Office wearing a blue women’s dress and red high-heels, pointing his finger at the viewer.

Epstein had bizarre painting of Bill Clinton in blue dress, and red heels on the wall of his townhouse. 🤔

Who wore it best? #Epstein pic.twitter.com/2YDhirmsH8

Fox News cited Petrina Ryan-Kleid, who painted the canvass entitled “Parsing Bill” in 2012, as saying that said the New York Academy of Art sold the piece to an anonymous buyer as a part of fundraiser and that she was greatly surprised to know that the paining was found in Epstein’s compound.

Clinton repeatedly visited Epstein, with at least 27 flights revealed by flight logs, according to Fox News. A Clinton spokesperson, however, staunchly denied that the former president was aware of Epstein’s criminal activities involving underage girls.