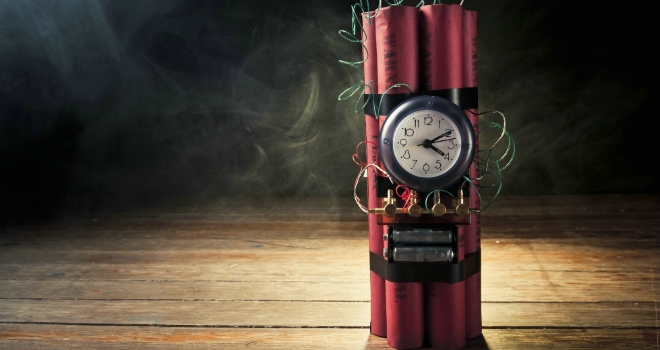 This is a very difficult article for me to write.  America is more divided today than it has ever been in my entire lifetime, and the very deep divisions that now exist are getting deeper with each passing day.  In particular, the animosity between the political left and the political right has risen to an extremely frightening level.  Instead of learning to love those that we disagree with, we are constantly being trained to absolutely loathe them, and the pot is constantly being stirred by the mainstream media and many of our national leaders.  And as both sides go at it like cats and dogs, irreparable damage is being done to our political system.  At this point, we are not too far away from a point where this country will not be governable by anyone.  Our federal government has degenerated into a bad soap opera featuring an endless parade of insults, threats, petty stunts, scandals and investigations.  All of this drama may be entertaining at times, but it is not any way to run a country.

And now all of the political strife and discord in this country has been given a focal point.  I have repeatedly warned that Democrats should have never gone down the road of impeachment, because either way this process turns out it is going to be very bad for America.

If Trump is impeached by the House but protected by the Republicans in the Senate, the left is going to go absolutely ballistic.

But if Trump is impeached by the House and then removed from office by the Senate, the right is going to go absolutely ballistic.

Either way, this story is going to have a very negative end.

And even if Trump wasn’t in the White House, the seething hatred between the left and the right would still be there.  In fact, things have gotten so bad that a new survey found that 67 percent of all Americans believe that we are “on the edge of civil war”…

Partisan political division and the resulting incivility has reached a low in America, with 67% believing that the nation is nearing civil war, according to a new national survey.

“The majority of Americans believe that we are two-thirds of the way to being on the edge of civil war. That to me is a very pessimistic place,” said Mo Elleithee, the executive director of Georgetown University’s Institute of Politics and Public Service.

I was stunned to see such a high number.

Obviously most Americans don’t actually want a “civil war”, but this is what most of them see coming.

Earlier today, I came across an article about a Major League Baseball umpire named Rob Drake that is now in hot water for posting about “civil war” on Twitter…

Major League Baseball is looking into a now-deleted tweet from umpire Rob Drake warning of a civil war if president Donald Trump is impeached.

According to a copy of the tweet obtained by ESPN, Drake tweeted that he planned to buy an assault rifle “because if you impeach MY PRESIDENT this way, YOU WILL HAVE ANOTHER CIVAL WAR!!! #MAGA2020″.”

Is that really how this chapter in American history is going to end?

Are we destined to see utter chaos in the streets?

I am not saying that we should all try to find a way to agree on everything.  When it comes to our most fundamental values, there are certain things that I will never, ever, ever agree on with my political opponents.

And the fact that our nation no longer has a cohesive set of values is definitely a big part of the problem.  With various national leaders constantly touting their own value systems and trying to pull us in a whole bunch of different directions simultaneously, it is certainly not surprising that we have ended up at this point.

But nobody should want a fractured nation where we are literally fighting with one another in the streets.

Of course when you ask people about who should be blamed for this mess, Democrats point at Republicans and Republicans point at Democrats.  If you doubt this, just check out these numbers…

Among Republicans, those numbers are flipped – 67 percent of GOP voters say Democratic leaders are “very responsible” for the decline in today’s politics, easily the largest culprit among those voters.

Frustration and anger have been building in this country for a very long time, and now this impeachment process threatens to be a flashpoint.  No matter what happens, tens of millions of Americans are going to be deeply, deeply upset by the result, and you don’t want to be there when their anger is unleashed.

A number of years ago I wrote a novel which envisioned absolutely massive protests in Washington D.C., but at that time I had no idea that Donald Trump would become president or that the Democrats would one day try to impeach him.  And now it looks like the Democrats want to have articles of impeachment ready by the end of this year, and that means that a Senate trial is coming soon.