Four Americans, including Ambassador Christopher Stevens, died in the assault, which within hours was attributed by the Obama White House to an internet video that critically portrayed Islam and its founder, Mohammed.

While Judicial Watch first sought the emails released on Oct. 21 in a 2014 Freedom of Information Act (FOIA) request, they weren’t released to the nonprofit government watchdog until earlier in October of this year by a federal court and only after the group threatened to expand its litigation in the case against the State Department.

It was this FOIA litigation that led to the public disclosure of Clinton’s use of the private email system, according to Judicial Watch.

Hundreds of other State Department and White House documents sought in the 2014 suit were previously released, but only after years of litigation and discovery, which continues and may soon include deposing Clinton and Cheryl Mills, her former chief of staff.

U.S. District Court Judge Royce C. Lamberth, who has heard much of the Judicial Watch litigation seeking the documents, has called Clinton’s private email system “one of the gravest modern offenses against government transparency.”

The first email in the long chain, dated Sept. 29, 2012, was from Jacob Sullivan, Clinton’s then-senior adviser and deputy chief of staff, to Clinton and copied to Mills.

The email was also forwarded to Philippe Reines, who was Clinton’s then-deputy assistant secretary of state for communications. The occasion for Sullivan’s email was Clinton’s need for Benghazi information to use in a forthcoming telephone call to an unidentified U.S. senator.

After first apologizing for a briefing that apparently angered Clinton, Sullivan then said “the White House and [then-White House national security adviser] Susan [Rice] were not making things up. They were going with what they were told by the IC [intelligence community].

“The real story may have been obvious to you from the start (and indeed I called it an assault by heavily armed militants in my first statement), but the IC gave us very different information. They were unanimous about it.”

Sullivan’s comment that “the real story may have been obvious to you from the start” indicates Clinton suppressed her initial view that the attack had been planned beforehand and instead, for several days afterward, she publicly attributed it to “spontaneous” protests sparked by the internet video.

Family members of the Benghazi casualties reportedly said Clinton repeated the internet video claim during an emotional meeting three days after the attack, when the remains were returned to Dover Air Force Base in Delaware.

In doing so, Clinton was following the lead of President Barack Obama and Rice, who had said on multiple broadcast news programs on Sept. 16, 2012, that the attack was a response to the internet video.

Sullivan told Clinton and Mills in the memo made public on Oct. 21 that the internet video explanation came directly from talking points provided to Rice by “a very senior official at CIA” and “the Intelligence Community (IC)” the day before her appearance on the news shows. 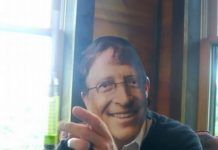