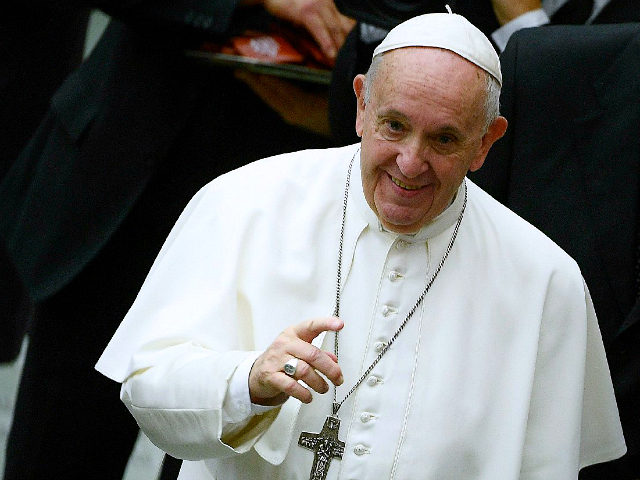 The former papal nuncio to the United States, who has alleged the existence of a “gay mafia” among the bishops and clergy of the Catholic Church, says Pope Francis “himself” is “provoking” a schism because of his support for the Amazon Synod in Rome next month.

Archbishop Carlo Maria Viganò responded to the pope’s recent comment that he is “not afraid of schism” in the Church, though he prays it will not happen.

“Pope Francis is saying that because he knows the Amazon Synod may provoke a schism,” Viganò said on September 11, according to Inside the Vatican reporter Dr. Robert Moynihan. “He is ready to say others are making the schism, but (by his actions in continuing to support the Amazon Synod) he is provoking it himself.”

“Is this the attitude of a pastor who cares for the faithful?” Viganò asked. “It is his own duty to prevent a schism.”

The synod is the Vatican’s anticipated meeting on the Church in the Amazon region and will focus on “indigenous traditions and integral ecology.”

Breitbart News reported that Vatican critics say the synod is pursuing a “neo-pagan agenda” due to its emphasis on indigenous traditions and humans needing to recognize the sinful ways in which they have “harmed” the environment.

Cardinal Raymond Burke, an American who serves on the Vatican’s highest court, said in August while a guest on the Patrick Coffin Show that the working document for the synod is an “apostasy” and “cannot become the teaching of the Church.”

Similarly, according to FSSPX.NEWS, Cardinal Walter Brandmuller, former president of the Pontifical Committee for Historical Sciences at the Vatican, said the synod document is “heretical.”

As CNSNews.com reported, Viganò said of the synod’s working document, “The figure of Christ is absent.”

“The synod working document testifies to the emergence of a post-Christian Catholic theology, now, in this moment,” he said. “And this is very troubling. It is against everything I have worked for and believed for all my life.”

The pope was recently asked while returning to Italy from Africa about his remark that “it’s an honor when Americans attack me.”

The comment was part of a discussion about a new book titled How America Wants to Change the Pope, the focus of which is an allegation that conservative Catholics in the United States are attempting to sabotage Pope Francis’ liberal agenda.

“There always is the schismatic option in the Church,” said the pope, reported Crux. “It’s a choice that the Lord leaves to human freedom. I am not afraid of schism … I pray for them not to happen, as the spiritual health of many people is at stake.”

Francis said that those who criticize him for following the Second Vatican Council and for speaking about social issues, “saying [the same] things John Paul II said,” and who label him as “a bit communist,” are injecting ideology into doctrine, “and that’s when schism occurs.”

The pope then complained of what he called “pockets of rigidity, which aren’t a schism, but they’re semi-schismatic ways of life that will end badly.”

He continued that clergy and lay people who are “rigid” lack the “health” of the Gospel.

Viganò, however, has suggested it is the pope’s liberal agenda that is driving a schism and inviting opposition from orthodox Catholics.

For example, Monsignor Charles Pope, pastor of a Washington, DC, church, commented that he is “wearied from being scorned and demonized” by Pope Francis.

Pray for good priests like Msgr. Pope who are suffering greatly under this pope. pic.twitter.com/RTfYZ1dIAz

Today it is fashionable, to find rigid people. Young, rigid priests, who want to save with rigidity, perhaps, I don’t know, but they take this attitude of rigidity and sometimes – excuse me – from the museum. They are afraid of everything, they are rigid. Be careful, and know that under any rigidity there are serious problems.

In response to Pope Francis’ remarks, Msgr. Pope said, “I don’t feel accompanied by you,” and continued:

Make room in your heart for me and others like me. I am not a young priest, but I know you don’t like my type of priesthood. Further I am an American and this mere fact seems to also make me troublesome in your eyes.